Indian digital payments leader Paytm are planning to go public, with the aim of raising USD $2.2bn (£1.6bn) in an initial public offering (IPO). According to reports, the tech leader have said that they could raise up to USD $268m (£194.3m) in a pre-IPO funding round, and plan to issue new shares worth USD $1.1bn (£797.5m) and a sale worth the same amount following their stock exchange debut.

Launched in 2009 under the name One97 Communications, Paytm initially made it easier for users to make digital payments or top up their credit using their smartphones. Now, the platform have expanded to offer a range of services, from an ecommerce marketplace and ticket booking service, to selling insurance and digital gold. Last valued at USD $16bn (£11.6bn), Paytm have gained more than 333 million users, according to the firm.

The planned debut comes amid a higher appetite for consumer tech amongst India’s stock exchanges, sparked by the pandemic-fuelled growth of the nation’s digital economy. Rival firms MobiKwik and FlipKart have also recently filed to go public, as have fellow domestic digital companies PolicyBazaar, Nykaa, and Delhivery.

Facebook have promised to pay in excess of USD $1bn (£725.1m) to content creators on their flagship and subsidiary social media platforms until 2022. The move, announced earlier this month, unites Facebook with competitors Snapchat, YouTube, and TikTok, who have all made similar financial commitments to their top creators.

The Mark Zuckerberg-helmed firm revealed that creators will be able to earn money in exchange for reaching specific targets. The social media giant also plan to offer some creators seed funding to help them pay for content production. Whilst Facebook revealed that the initiative will begin as invitation-only, the firm have not confirmed the criteria needed to qualify, nor the time frame in which it will take place.

Like those reeled out by their rivals, the scheme highlights social media platforms’ growing recognition of user-generated content’s ability to drive engagement and retain users. However, with so many options available to monetise their output and build audiences, Facebook may struggle to attain a loyal creator base. Analysts point to TikTok as Facebook’s biggest rival, the ByteDance-owned firm having ranked as the most-downloaded non-game app in H1 2021 and pledged to invest USD $2bn (£1.5bn) in content creators. 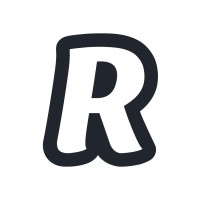 Revolut have become the UK’s highest-valued fintech company after a fresh funding round. The new capital, which totalled USD $800m (£580.2m) in a round led by Softbank’s Vision Fund and Tiger Global Management, has sent the challenger bank’s valuation up to USD $33bn (£24bn).

The achievement marks a huge leap for Revolut’s valuation, the firm last being valued at USD $5.5bn (£4bn) after a series D funding round held last summer, and exceeds the USD $10bn (£7.3bn) valuation anticipated by shareholders. The funding makes Revolut one of Europe’s most valuable fintechs, and pushes the company’s value above that of incumbent UK bank Natwest.

Despite their success, Revolut are yet to become profitable, and saw annual losses on investment in risk double in the last financial year. Yet the company, which has attracted more than 16 million users to date with their competitive currency exchange and crypto investment services, will use the new capital to fund product development and advertising in new markets, namely India and the US.

Revolut chief financial officer Miko Salovaara has stated that the funding will not influence any prospective plans for the company to go public, saying that “we think eventually we will be a public company but have no immediate plans to list.”