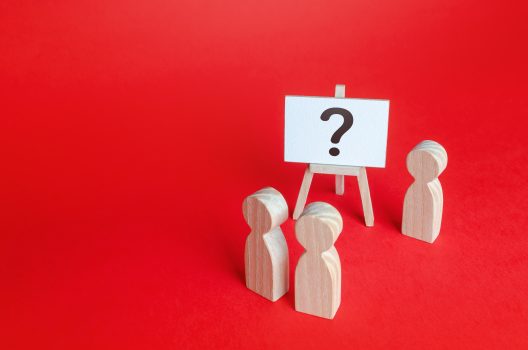 ATS London is moving from its traditional date in September to 14/15 June in 2022. ExchangeWire believes that this reflects a more expansive view for ad tech and martech.

After all, why focus on a multibillion-dollar retargeting display segment, when you can be building the tech layer for the multitrillion-dollar marketing industry?

I always pen a prediction piece a few weeks out from ATS London (limited tickets available) to set the stage for Europe’s premium madtech event. Using Steins, I graded the probability of these predictions.

Henceforth - given ATS London’s new June date and proximity to Cannes - I will use bottles of rosé as our go-to probability icon. I look forward to seeing you all on 14/15 June.

And here are those 2022 predictions in full:

Shopify could be a retail media power house. With over one million sites using its platform, Shopify could offer buyers a scaled shopper graph to buy ads across its network of sites. It could also enable its own platform customers to leverage the 'Shopify graph' – as well as their own first-party data. The problem here: ad tech.  Shopify doesn’t have any. And it will take time to build. The solution: buy Criteo. Criteo has skilfully pivoted its business away from display retargeting into retail media. After its deal closes with IPONWEB (June close most probable), Criteo will have a world-class retail media infrastructure. Shopify needs Criteo to live its best retail-media life.
Probability of Shopify buying Criteo: 2/5 rosé bottles

Buy and sell side are converging. If everyone is competing on supply access, what is the point of buy-side/sell-side demarcation? Magnite is very cheap at the minute, and offers so much to Mediaocean in terms of CTV and display capabilities. Mediaocean could steal the march on its longtime rival The Trade Desk in the workflow and omnichannel media execution segment.
Probability of Mediaocean buying Magnite: 3/5 rosé bottles

I ran a poll on LinkedIn on the future of Google’s third-party ad tech stack. Fifty-eight percent of respondents believe that Google will never leave ad tech. While I respect the wisdom of the crowd, I still believe strongly that Google will be forced to divest of its ad tech stack. Legislation is coming - so it is now only a matter of time.
Probability of Google being forced to divest its ad stack: 3/5 rosé bottles

After Google got hit with a USD$100m+ fine for confusing language on its cookie banner, the ‘reject all’ option was made available to users across the top CMPs in Europe. I am hearing anecdotally from some big publishers that ‘reject all’ clicks are on the rise. What is happening to those consent-less users? Well, ad tech is not in the business of monetising zero ID users - so the ‘reject all’ CPMs are collapsing. Matching IDs are ad tech’s business. Are they really going to re-engineer for the zero ID user? Short answer: no. This is going to be a huge problem for European publishers. Watch out for this.
Probability of a European 'zero ID' shit show: 4/5 rosé bottles

There was an article recently outlining why Netflix should buy Roku. At USD$10bn (~£8bn), it would be affordable – but why spend so much money at this early stage on a programmatic-focused business? Netflix will instead lean on Freewheel and Google to manage direct buys. And opt for a white-labeled The Trade Desk for programmatic buys. In the short term, anyway, Netflix ❤️  third-party ad tech.
Probability: 4/5 rosé bottles

eBay wants to muscle in on the retail-media boom. But it lacks the ad tech infrastructure to scale. eBay will look to buy an ad-server solution to help build out the stack. eBay was rumoured to be buying Adform. But the deal fell apart on valuation. eBay may come back with an improved offer. Other potentials include Kevel and Smart.
Probability of eBay buying an ad server: 3/5 rosé bottles

Retail media will not mirror programmatic in display advertising. It is highly unlikely that Tesco, Carrefour, or equivalent, will feed sensitive sales data into the bid stream. Instead, we will see the rise of ad nets selling full-funnel solutions into agencies. The aisle sales parties will be legendary.  A packet of Viscounts and a six pack of Fanta, anyone?
Probability: 3/5 rosé bottles

The fight between ad tech and publisher contextual data is going to continue until a suitable commercial model is agreed upon. In the post-cookie world, contextual data will be critical to open-web monetisation. This could get very messy.
Probability: 4/5 rosé bottles

It’s an absolute bloodbath in the markets right now. Tech stocks are getting hammered on valuations, as investors flee for the safe haven of ‘predictable growth’ companies.

Ad Tech IPOs: What could happen?

The IPO market is shut for ad tech companies, but listings will return in late 2023 and much of 2024.

Most European companies ExchangeWire speaks with are opting for New York - where there is an acceptance of ad tech as a public market segment. This should be a wake-up call for Euronext and LSE, as they are likely to lose out on a lot of deals. Here are those 2023/24 candidates in full - along with the probability:

The French ad net has developed an interesting data graph built around survey data and proprietary first-party data assets. The company could do a big PE round - given how much European PE LOVES ad nets - but it is looking at a public listing instead. Can a managed service ad tech business have a successful public listing?
Chances of 23/24 IPO:

Google’s only real publisher full-stack competition. The company has been winning some big publisher accounts of late - and is doing USD$100m in revenue. Smart could be in the box seat in the coming 12-24 months given Google’s issues. An independent DoubleClick - bereft of the AdWords demand power hose - is not as intimidating as the Google death star. Chances of 23/24 IPO:

MiQ is going to be a very sizeable PE round later this year. The company is one of the biggest European ad tech companies in terms of revenue. At some stage the PE journey will end. MiQ will then likely go public on the NYSE/Nasdaq – but might be a 2025 candidate. How they deal with Wall Street expectations will be crucial here.

Arguably the most interesting European ad tech company. It’s very much built for the privacy-first age - and its technology is very much about enabling the publisher. Permutive did a series C raise backed by Softbank. The company trajectory will likely end in a US IPO in 2024.

Europe’s martech unicorn is positioning itself as the enterprise analytics solution of choice for big marketers. Adverity has raised USD$165m (~£132m) to date, and is probably getting too expensive for most buyers.

It tried to go public in 2021, but the valuation at the time was thought to be too frothy by Wall Street. The company is drawing over USD$600m (~£480m) in revenue – and has been working on its cookieless solution. It will regroup and go public in the next 24 months.

The ‘clean room’ specialist has a big opportunity to build the leading solution in this hyper-growth segment. This could be a trade sale given the walled-garden fragmentation.

The Norwegian-based ad tech platform is part of a new wave of post-cookie vendors shaping the future of the sector. Its tech offering is focused on data-driven creative, connecting the top and bottom of the funnel across the open web and retail media. The company will go public but maybe a 2025 candidate.

Recently did a USD$100m (~£80m) PE deal. Its location-based solution is built on a privacy framework. The company is growing. The CEO wants to go public.

This is a wild card. Ozone has built a tech layer and cookieless ad-net solution. It plans to sell the tech to international publishers. Ultimately, they will need to raise to fund this expansion. If they do, there will have to be an outcome. An LSE listing beckons - but not for a while.

We look forward to hosting you all at ATS London on 14/15 June, and discussing all of the above.