Following ATS London 2022, Jalal Nasir, CEO of Pixalate, discusses the ad supply ecosystem, how prevalent fraud has become in the mobile and CTV programmatic ad space, and what the future of ad fraud detection could look like.

How prevalent is fraud in advertising at present?

Whilst the industry has seen many exciting technological advancements, increased complexity and opacity has unfortunately seen the global ad supply chain become a breeding ground for ad fraud. Over the past few years, we’ve seen numerous reports of large-scale CTV fraud schemes being uncovered, operations which have cost advertisers billions. At Pixalate, our own research estimates that 15-20% of all internet traffic is invalid – this is a substantial amount of interactions, and has serious implications for the return on ad spend of brands’ online campaigns.

Criminals will always follow the scent of money, meaning, unfortunately, that fraud will very likely remain a threat to marketers. According to Juniper Research, fraud will cost advertisers USD $68bn a year in 2022, and Statista Research estimate that USD $100bn will be lost to fraudsters globally in 2023, up from USD $35bn in 2018.

What impact has the rise of 5G had on mobile advertising, and what consequences has this meant in terms of fraud?

These adoption numbers are important because they indicate that IPv6 is becoming prevalent across the board, and this is particularly important for two key device types - Mobile devices and CTV devices. Ads on these devices are considered high-value inventory, which also makes them a desirable target for fraudsters. This, in turn, makes the ability to detect IVT across IPv6 endpoints critical.

How much of a threat do unused and/or old mobile apps pose to security and brand safety? 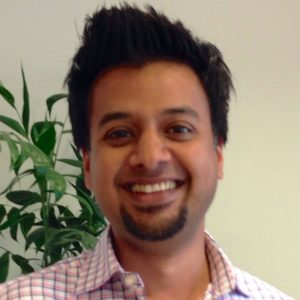 Old or unused mobile apps that become delisted by the major app stores pose a serious security issue. Of potential concern to advertisers and consumers alike is the fact that delisted apps can remain installed on a device even after the app has been removed from the app store. Therefore, an app that has been removed due to an app store policy violation may pose an increased danger to the security of the device owners’ privacy, and can consequently be a significant brand safety risk for advertisers.

The sheer number of delisted apps is a matter of concern in and of itself. In an analysis of over five million apps across Apple and Google’s app stores that we ran in the first quarter of 2022, we found that more than 813,000 — over 15% — had been delisted in the first half of 2021 alone. Those apps that had been available via Google’s Play Store had been downloaded more than nine billion times before they were delisted, and those that had been listed on Apple’s App store had received over 21 million customer reviews prior to being removed.

With such a high volume of apps available to download, detecting and delisting all those that infringe on the app stores’ policies is naturally a challenge for app store operators, meaning that consumers can be vulnerable to apps run by bad actors for a significant period of time before they are removed. That there’s nothing to stop them from remaining on a device after being taken down means that the risks posed by problematic apps are not only present on a huge scale, but nearly impossible to mitigate.

How have reports of large-scale fraud operations affected advertisers’ interest and trust in CTV?

The spate of large-scale fraud operations that have been uncovered in CTV can understandably shake advertisers' faith in the market. And with our research finding that there is still a 20% global invalid traffic (IVT) rate in open programmatic CTV advertising, it cannot be surprising that some marketers are wary of investing in the channel.

However, CTV is still full of promise, offering a great opportunity to reach and engage with audiences, with the number of CTV apps that support open programmatic ads increasing year-on-year. And brands recognise this – advertisers are investing more in the space, with global open programmatic CTV ad spend rising 32% year-on-year. The market is growing rapidly, indicating that advertisers’ are still very interested in and confident about the opportunities CTV offers. However, growth should give tech partners a greater imperative to develop solutions to combat the fraud that has become so prevalent in the space.

What is currently being done to mitigate the risk of ad fraud?

Detecting and exposing ad fraud schemes is incredibly important, and it is encouraging to see that there have been instances where the bad actors behind such operations have been brought to justice, such as the self-dubbed “king of ad fraud” and those responsible for 3ve. However, as valuable as this work is, it’s vital that we, as an industry, are able to disarm malicious actors before their operations scale to such damaging extents. Therefore, we must ensure that our approach to tackling fraud evolves in step with the tactics of fraudsters. There are already a number of solutions available to help achieve this, including tools that enable IP blocking and invalid traffic detection.

Part of the reason why fraudsters have been able to thrive is because of the lack of transparency in the advertising supply chain. More opacity means more places to hide, therefore, streamlining and adding more clarity to the buying process will also be crucial to cracking down on these practices.

What challenges do you see for the detection and prevention of ad fraud in the near-future?

The continued growth of 5G-enabled devices will further accelerate a total migration to IPv6 endpoints, meaning that IPv4 devices will no longer be labelled as secure, which is something that advertisers will have to be wary of when planning online campaigns. Additionally, as in-app ads continue to grow within mobile, CTV, and elsewhere online (within video games, for example), fraudsters will likely turn their attention to these and seek to use them as paths to infiltrate these markets.

Furthermore, the metaverse has already seen a lot of interest and investment from brands, and is predicted by some to be the next frontier in living, socialising, and entertainment. As this space is still very nascent, understanding how it may be abused by fraudsters is not entirely clear, but we can only hope that those who are developing the advertising capabilities of this new frontier are fortifying it against the threat of fraudsters.

Many advertisers work with limited resources and want to ensure their investments are going towards reaching the maximum number of real people as possible. But in an ever-changing, technology-driven world, there are bad intentioned opportunists looking for a way in. My hope is that a greater, meaningful shift towards a transparent ecosystem will occur that will aid in the effort (spearheaded by technological innovations) to detect and nullify fraudsters.