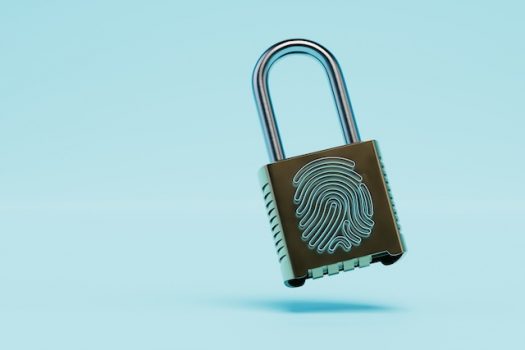 In this exclusive Q&A, Tanya Field, co-founder and CPO of Novatiq, discusses how ad infrastructure is changing as the industry shifts towards first-party data, with a particular focus on MENA.

The region is considered to be in the midst of a tech boom, and ad spend is forecast to burgeon to USD$630bn (£570bn) by 2024. Field uncovers why advertisers and publishers across MENA are well placed to adapt to privacy-centricity and how they can take advantage of the shift to first-party data.

How do we define infrastructure? And what should brands, publishers, and marketers consider with relation to data strategy?

It’s critical to remember that the whole way in which data can be utilised and linked to advertising is changing. Third-party cookies, ad IDs, and other fingerprinting methodologies are being phased out, leaving brands, publishers, and marketers with a key question: how can we enable the delivery of audiences for personalised advertising?

There is the option to turn exclusively to contextual but that would reduce the ability to deliver personalised advertising. Instead, I think a new infrastructure needs to come into play, one that can access what we call ‘in-depth authenticated audiences’, meaning people who have logged on, who have shared their information, and are prepared for that information to be utilised in ways they have consented to. An infrastructure like this could feed up to 25% of the market.

However, in order to recapture the scale we have had with our current infrastructure, there is the need to reach users who cannot be identified and connect advertisements, as opposed to users, to separate online sessions without third-party cookies linking them together. Ultimately, there is no need for users to be identified, not only for privacy reasons, but because we don't need to know who the people are. So the new infrastructure needs to be an ID environment that creates authenticated audiences, recognises the same user across different sessions and devices, and then safely activates the delivery of an ad slot to an online session to improve customer experience and enable content providers to deliver content successfully.

As Novatiq expands into MENA, how do you anticipate privacy-first marketing infrastructure will develop in the region?

So far MENA has been bereft of data, even third-party data that other markets have so heavily relied on previously. Now that ad tech is shifting towards privacy-centricity and first-party data, how we can access and use this data safely is becoming a key challenge. In MENA especially, privacy-first marketing will rely on linking data back to the advertising slot and not the user. This is imperative to avoid data being passed down the ecosystem and ensure only specific audience IDs are made available. And, vitally, consent must be treated as absolute for every individual transaction. Consent is crucial to activate an audience against the transaction slot in addition to actually using the first-party data acquired. So a successful marriage of double-sided consent, absolutely linked to an individual transaction will be paramount for access to audiences in a privacy-first future. 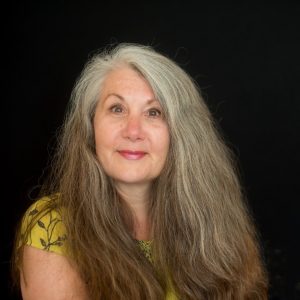 Has the transition to first-party data instigated a power shift within the industry? Who is well positioned to take advantage?

Although it’s slower than imagined, we are certainly seeing a shift as we move closer towards first-party data. We've been so used to a world of third-party data and the players building up these data sets outside of the first-party data environments, but we’re now seeing first-party data providers, the content providers, coming back to predominance. The companies that are well placed to thrive in a privacy-first landscape are those that have the ability to understand users and what their interests are, however it’s taking longer than expected for them to get to the stage of understanding the importance of exactly what they've got. It's also taking slightly longer for them to understand that they need to actually have a dialogue with consumers and integrate consent into how they operate.

Clearly, the premium content providers will have the greatest ability to understand the user, especially telcos because telecom companies have an established relationship with consumers and are therefore well placed to collect and leverage the benefit of first-party data. Even content providers that may not be considered premium have a supreme ability to leverage the benefit of consented use of first-party data both inside and outside of their own environments. For this to happen, however, a lot of work needs to be done around standardisation and normalisation because individual datasets don't actually create enough reach. And this needs to be done without any data being combined, because it's not about bringing datasets together: you need to be able to have a standardised approach to enable advertisers to build audiences from standard datasets. So, there's an entire interim layer that needs to be put in place to enable multiple first-party datasets to be available in a standardised environment.

How can publishers navigate making the most of their customer data?

Right now it's very difficult for publishers to be able to work their way through this shifting landscape and I believe that, to really make the most of their customer data, publishers need to grow their understanding of how to create their own datasets.

To do this, they need an environment like a CDP or a DMP, and it’s critical that they make wise choices in those environments to ensure that they maintain control of their first-party datasets. Beyond this, publishers need an authenticated login solution that’s complemented by the ability to understand who the same users are in the non-authenticated ghost web. Last but not least, they need to very carefully consider how they're going to activate that data. My advice to any publisher would be to use distributed data solutions to retain total control of their data.

Is the industry realising the importance of first-party data? Is this reflected across MENA?

I do believe that the industry is recognising the need for first party data; it’s interesting to see this development in MENA because, as touched upon previously, there hasn't been a dearth of alternatives. When engaging with agencies in MENA in the past, it was common to hear that they only had access to maybe 10% match rates with third party data. So for agencies in MENA, it's a little bit easier to migrate to a first-party data strategy because it feels like less of a transition. Because they’re starting with an almost clean slate, agencies in the region are super engaged and interested in growing their ability to leverage access to first-party data. And when it comes to telco consented first-party data, which happens to be predominantly deterministic, there’s even greater interest, because this data spans a wide variety of audiences. Another pattern we’re seeing in MENA is that agencies are also paying a lot of attention to first-party data sets from their premium brands and advertisers which they build upon with other first-party data overlays to ensure that they're accessing the right people at the right place at the right time. Because of this, I think MENA is a great example of how you can establish a new infrastructure with first-party data at its core.