From MediaMath’s EMEA headquarters in London, Erich leads MediaMath’s sales and technology adoption in EMEA. Erich works with new and existing clients as well as media and data suppliers to create ever more scalable technology solutions. It is on the basis of these solutions that MediaMath’s proprietary TerminalOne platform enables clients the greatest possible ROI on media investments. Erich earned a BA degree with concentrations in political science, philosophy and classical piano from the University of Virginia.

In 2005, prior to co-founding MediaMath, Erich was executive director of media solutions at [x+1], where he worked with a team of entrepreneurs to found a new and lucrative arm of the company, Media+1, which still thrives today. A U.K. citizen, Erich moved back to London from New York City in January 2011.

Fabien Magalon has over ten years’ experience in online advertising and began his career in 2001 as Media Buyer for the UK subsidiary of the US advertising company Advertising.com. He worked from London on the creation and expansion of the French subsidiary in 2002. In November 2003 he was promoted to Media Director for Advertising.com France, based in Paris. He joined TradeDoubler France in August 2006 as Director of the Publisher Unit tasked with strengthening and developing the network of publisher partners. A year later, he was named Operations Director, France, Germany, Italy, Spain and the Netherlands, for the DRIVEpm advertising network (now part of Microsoft Media Network).

In 2008 he took over as head of the EMEA Region for the Microsoft Media Network business unit. Since 2010, Fabien was Publisher Development Director at Rubicon Project in France.

Sylvain started his career in Financial Controlling within two large American telecommunications groups (MCI WorldCom/Verizon and AT&T), he moved into digital media as an International Account Director at Microsoft Advertising.

During his tenure there, he built a portfolio of some of the biggest European brands in online marketing.

Passionate about RTB from its early days, Sylvain took up the role of EMEA Partner Manager on the Microsoft Advertising Exchange before joining Infectious Media in April 2012

Shane joined IPONWEB in January 2011 to lead the continued growth of the business in Europe and provide strategic management for existing customers in the region.

Prior to IPONWEB, Shane led SEM platform sales at Google for Northern and Central Europe and before that managed sales of publisher and advertiser ad-serving platforms.

With an earlier career as lead technical consultant for Doubleclick's ad-serving products, Shane has a wealth of experience on both the buy and sell side.

Nerissa is responsible for product development and revenue generation for the Smart Trading DSP platform across 5 markets.

In her previous role at Adnetik, the Havas Agency trading desk, she she set up the London office and personally secured £1million sales revenue in the first 6 months of operation.

Based in the Rubicon Project’s Paris office, Julien Gardes works with premium online publishers in French-speaking markets to leverage REVV, the world’s leading yield optimisation platform, in order to safely, effectively and efficiently monetise their digital advertising inventory.  This includes advising them on the use of new monetisation technologies including Protected Real-Time bidding (RTB) alongside existing sources of demand for their inventory, ensuring each ad impression is sold through the best channel for the highest price possible, whilst protecting their brand.

Julien joined the company from WPP-owned 24/7 Real Media where he spent two years working with publishers and ad sales houses.  He managed the French ad serving business unit and served as Co-President of TASC, The Ad Serving Club, in France.  Prior to that Julien worked at ValueClick Media as Head of Operations and Publishers where he defined the company’s strategy for online display advertising formats including CPM, CPC, retargeting and behavioural targeting.

He spent five years before that at online performance advertising network, MIVA joining as Head of Business Development and working his way up to Joint Managing Director with clients including Voyages SNCF, Le Monde, Libération, Caradisiac, Doctissimo, Eurosport.

Julien reports in to Jay Stevens, Vice-President and General Manager, International for the Rubicon Project.

Andrew has 15 years of advertising experience spanning both digital and traditional print media. Previously, Andrew was a senior commercial executive at AOL (UK) where he managed the Agency Sales Team and went on to develop key trading relationships with the agency holding companies.

Prior to this, he was a corporate business development manager for IPC Media – the magazine division of TimeWarner in the UK. He fulfilled his life goal of living and working abroad by working for FPC Magazines in Sydney, Australia after spending two years as an Advertising Sales Manager for a leading UK ISP Freeserve.

Before this, Andrew worked at The Guardian where he sold the first ever UK advertising campaigns on a WAPenabled mobile phone and PDA hand-held device.

Brian has been helping brands take their first steps in online advertising since 1997 when the medium was in its infancy.

He is most notably known for leading the European division of The MIG (Media Innovation Group), a WPP Digital company, from start-up to one of the world's most successful agency technology businesses.

Brian is charged with leading the growth of agency, ad network and publisher partnerships for Adap.tv, as well as the management of operations across all European markets.

During his early career, Vincent worked as a pioneer in the B2B marketplace as VP of Sales in 2002 for Hubwoo.com (listed on the NYSE-Euronext).

In 2004, Vincent launched a consulting services company, Clear Value, which became a leader in the CRM area and was sold to SQLI in 2007.

Following this, Vincent started Nextperformance in 2008 with a simple idea: bringing intelligence to display via technology.

Vincent raised 16M€ in 2011 for Nextperformance, based on phenomenal company growth. Nextperformance is now strongly deployed in France, Germany and Brazil, and operates in 10 other global markets.

Jean-Claude heads up regional operations for Turn, and is responsible for promoting Turn’s suite of product solutions including the Turn Media Platform and Turn Audience Platform, targeting agencies and trading desks across France, Italy and Iberia.

Prior to joining Turn, Muratore worked for more than 10 years in internet analytics and business online optimisation SAAS solutions, becoming an expert in the Southern European market in business development roles at companies such as WebTrends, Omniture and Adobe.

Mike oversees the Engineering and Technical Operations teams, having helped design the AppNexus system that handles over 25 billion ad requests a day.

Prior to founding AppNexus, Mike was Director of Analytics and Product Manager at Right Media (acquired by Yahoo! for $850MM in July 2007), where he designed and managed key applications, including predictive optimization, inventory forecasting, and Media Guard, which protects publishers from harmful or unwanted ad content.

Mike's deep understanding of the intersection between business needs and technology innovation began at 15, when he sold his first software application, and continued at Princeton University, where he studied Economics. On his popular blog, MikeOnAds, Mike analyzes the fast-changing display ad management and buying space, and the dynamic interplay between ad networks, ad exchanges, real-time bidding and the entire ecosystem.

Laurent joined Gamned in September 2012 as Vice President in charge of Product Marketing, and his role is to define and develop the company’s product offering. Gamned provides advertisers with Personalized Advertising services through Ad Exchanges, thanks to its proprietary technology platform. Gamned operates today in France, Europe and Latin America.

In September 2012, Gamned completed a 1.5 M€ fundraising round and has been awarded the Grand Prix at the E-commerce Awards 2012.

Prior to Gamned, Laurent was leading the Adexchange and scale display products at Microsoft Advertising France and prior to that was head of operation at the European affiliation leading platform, TradeDoubler.

Gregory Gazagne began his career as a Research Executive at TF1 in 1999 after serving 18 months in the French Navy Commandos. This graduate of the ISG then held the positions of Sales Executive at IP France (Radio) and Development Director at Carat (Aegis Group).

In 2004, he joined Yahoo! France and created the Special Operations and Partnerships Department. Promoted to Head of Sales and Deputy Commercial Director, he ran from January 2006 all the sales teams across the entire offer of the portal (Search Marketing, Display, Display Performance, Special Operations, Targeting and Mobile Solutions).

He joined Criteo in January 2010 as Sales Vice President where he oversaw Criteo’s international development and opened 12 markets in 12 months. With this success, he was appointed Managing Director for France, Southern Europe and Latin America in January 2011.

Grégoire Peiron heads up the Doubleclick Digital Marketing business in France and the buyside AdExchange business in Southern Europe. His team is dedicated to providing French digital media buyers with state of the art solutions and infrastructure to manage and optimise their digital media buying across search and display.

He was previously Sales Director at AOL France, monetising the AOL/SFR/Darty portals plus websites such as eBay and Seloger, and co-managing the sales activity of Advertising.com. He has a been working in the digital industry for the past 12 years.

Tim Geenen is VP Business Solutions at Improve Digital. In this newly created role he heads up the Business Solutions team, responsible for strategic consultancy towards key publishers. His department functions as an expertise center to help clients develop their programmatic strategies.

Prior to joining Improve Digital, Tim led the Business Development and Media Buying team at Bannerconnect, an independent Dutch trading desk, who specialises in programmatic buying.

Thierry has been responsible for the launch of an ad display space for web and mobile, and an auction platform (Ad exchange) for both the French and UK markets. Prior to this, Thierry was Sales Director with Orange Advertising Network and developed the online advertising network for mobile and web marketing.

Eric started ONESIXTY2 in August 2011, following his role as Director of Trading EMEA for MediaMind, and Managing Director and Country Manager at Eyeblaster prior to it’s acquisition by MediaMind. Eric began his career in digital media when he was Head of Traffic at RealMedia in 1998, followed by setting up the Ad Operation Department at MultiMania and then moving on to start his own company, Adnovia in 2001 which he later sold to Fivia. 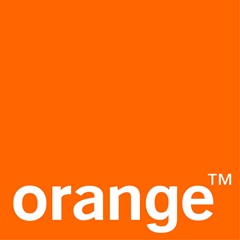