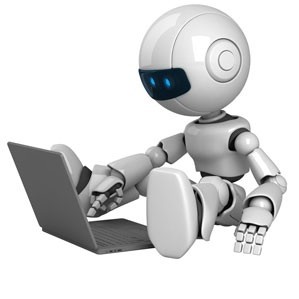 Thomas Servatius, IPONWEB, head of client services, shares with ExchangeWire readers some insights on just how big of a problem click fraud is in ad tech, and some of the reasons why it remains, despite everyone being aware of it.


How big an issue is click fraud in the ad tech sector?

Click fraud is one of the big three challenges facing the industry, the other two are attribution and optimisation. Advertisers should be put in control of attribution; such as who gets credit for conversion optimisation, and look at the different models available, this needs to be addressed.

The other is optimisation; we’re still far away from genuine automation because the optimisation engines are usually only built to optimise towards one goal. But if you look at what advertisers really want, it’s multiple goals such as plenty of clicks, and being placed on premium sites, while maximising conversions.

What are the reasons that have allowed click fraud to become such a problem in ad tech?

Click fraud is such a problem because with the rise of programmatic, the direct relationship between the advertiser and the publisher has disappeared. So there is some free space that has evolved, and now anonymous publishers can go in and just put sites on the ad exchanges which are not driven by human traffic just to extract money out of the ecosystem.

What is the scale of problem?

For the fraudsters there’s usually more of an incentive to go into the bigger markets, such as the US, as there’s more of an economic incentive. But in smaller markets [where relationships are traditionally more close-knit] such as Germany, it’s not such a problem.

The prevalence of click fraud is one of the main reasons advertisers are so shy of programmatic buying, as it makes them feel they need to be in control, and therefore less willing to trust third parties. How much of a problem it is depends on a number of things such as the sophistication of the algorithms [in place to prevent it], but there is no constant rate.

If everyone is aware of click fraud, then why does it remain such a problem?

What we’ve started to see if that people that started to expose fraud were not really rewarded for it.

The problem is that when an advertiser buys traffic on a fraud site, it usually comes very cheap – much cheaper than human built sites – and it has good click through rates. So if you have fraud in your advertising mix, what you see as an advertiser is that for a small amount of money, you get a good number of clicks.

But what happens then, is that if you start to block out bot traffic, you find that you don’t save yourself that much money, but the marketing KPIs, such as reach and traffic go down more dramatically, primarily because you’re buying traffic on more expensive sites with worse click through rates.

Many junior marketing managers see this and then don’t understand that cutting out fraud is the reason for this. They then go to their boss with the results, when the typical response from the senior marketer is that: ‘You may have saved me 20% on spend, but I’ve lost 40% of reach and CTR.’

Even if the marketing team did have an understanding that it was fraud that was causing these results, then they have another problem [within their wider organisation] as they have to answer to why they were spending up to ‘X%’ of their budget on fraud sites.

No one is really happy if fraud is exposed.

But in reality, when you start to look at it, if you cut out click fraud, you’ll get the same amount of conversions with 20% less of the costs. This is why advertisers also need to look at their attribution and optimisation models [which predominantly look at KPIs such as CTR, etc].

Which tiers of the industry benefit from click fraud?

One of the fundamental problems that we have is that the spending is mostly based on media cost percentage.

For example, if an SSP is incentivised on media cost share, as well as a DSP, then blocking fraudulent site (where some media spend is going) loses them money. And that’s not because they’re bad guys, it’s because that’s the way they’re incentivised.

So the biggest problem about fraud is that there’s no economic incentive to block it, as third parties get less media spend, the advertisers get less clicks, and everyone makes less money.

What is needed is some kind of incentivising mechanism that will encourage people to block fraud and turn around the game.

What tier of the industry is best placed to begin remoteing out issues of fraud?
The demand side. The problem is that the money is flowing from top to bottom, so why would you want to put the side of the industry where fraud is happening in control?

At the end of the day, the advertisers need to come up with a common definition of what is and isn’t fraud, and then say to the industry: ‘This is what we want, and this is what we don’t want.’

What should be set up is some kind of general standard in the market where we say if this and this criteria is met, it is fraud and any player in the market that is not able to expose this fraud will be blacklisted.

Basically we need to identify some centralised characteristics of fraudulent traffic.

Servatius gave a presentation on click fraud at this week's Ad Trader conference in Germany. In the coming weeks ExchangeWire will publish a number of pieces examining how prevalent the problem of fraudulent traffic is in the industry, and how fraudulent practises affect every tier of the ad tech sector.