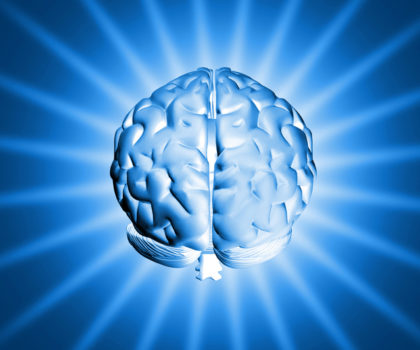 Now & Next is a new feature from ExchangeWire Research. In Now & Next, we review the latest research, provide impartial insight and analysis of current trends and provide predictions for the future of advertising and marketing technology. This feature focuses on the science behind the ads.

Is one second enough for viewability?

In the UK, digital ad spend reached a record £7.21bn in 2014, according to the IAB & PWC’s ‘2014 Full Year Digital Adspend’. The IAB defines display ad viewability as 50% of pixels in view for 1 second.However, 90% of US and UK marketers believe that one second is not enough time for an ad to be considered viewable, according to research by eMarketer. Ads viewed for one second had a 2.5% recall rate, this rises steeply to 12.5% at five seconds. Recognition rates were:10% when the ad was viewed for one second and, 25% when the ad was viewed for five seconds, according to research by Yahoo.

Increasing time component of the definition of viewability to five seconds is supported by the industry. In a recent ExchangeWire article Campos Silva commented: “what we see from the IAB [in terms of what is a viewable ad] is that the ad has to be seen for a second, but clearly this is not good enough, at least for us. For us, we want to be seen for at least five seconds. I prefer this to the IAB definition.’

Above the fold still reigns

Globally, above the fold (ATF) ad impressions generate premium rates for publishers. Premium pricing for ATF impressions originated in the early 1990s when the concept of scrolling down a webpage was foreign to users, so presenting ads ATF was the only way to guarantee an ad would be seen. Globally, the most viewable ad position is directly above the fold, not the top of the page, with over 50% of all ads never viewed according to research by Google.

The majority of viewing time (66%) is spent below the fold, according to research by Chartbeat.  Regardless of page length 22% of all sites are scrolled to the bottom, heatmap research by Clicktale reveals. However, despite these findings, viewability is higher above the fold (68% vs. 40%), according to Google.

In the US, banner ad spend reached $10.1bn in 2014, according to eMarketers ‘US Ad Spending Forecast 2014.’ However, 86% of consumers suffer from ‘banner blindness’ where they are unable to report the last banner ad they saw or the brand it promoted, according to research by Infolinks.

In the US, native advertising spend is set to reach USD$7.9bn, reaching USD$21bn in 2018, according to Business Insider. On mobile, native ads provide higher engagement rates (85%) than other types of mobile display (64%), eye-tracking research from Yahoo reveals. The majority of consumers (63%) viewed images, before words in mobile native, reiterating the importance of imagery to capture user attention in a stream of native. LinkedIn now derives 45% of ad revenues (USD$63m) from native.

The first 20 minutes after a user shares content online, sees the largest volume of conversions (34%). Social sharing elicits an emotional response in consumers, which, in turn releases a neurotransmitter called dopamine, dopamine stimulates a heightened arousal in consumers, leading to a condensed period of heightened conversion.

The key to conversion on social is eliciting an emotional connection, with content that is perceived as cute or amusing most likely to lead to conversion. Currently brands such as Unilever are using emotional reaction information to assess the impact of their creative before roll out.

Ads physically touched by mobile users achieve a 28% higher spontaneous recall that those not touched according to Newswork’s ‘Touching is Believing.’ The research also found that tactile engagement increased (+41%) consumer’s perception of a brand’s trustworthiness, as well as elevating perceptions of brand confidence (+30%) and reliability (+30%).

Tactile engagement with ads also leads to increased purchase intent (+24%). Ads that consumers had touched saw a 33% rise in recall, and 16% increase in the perception of brand quality. The introduction of Instagrams swipe ads, provides a perfect platform for advertisers to encourage tactile engagement with brands.

On desktop, the direction of an images gaze can guide consumers eye movement toward calls for action, according to research by Rayner et al (2014). Heat map studies confirm this finding, with consumers using the gaze of human images on screen to guide them to areas of the page.

What does the future of scientific marketing look like?

Emotionally engaging content leads to higher consumer interaction and conversion. With the use of emotional recognition technology, brands, will increasingly test the emotional engagement of their creative before rolling out to consumers.

Scientific research will increasingly provide marketers with a factual basis on which to base their creative, such as using visual cues to guide consumers to a call to action. An increasing body of research supports a viewability time of 5 seconds, marketers will push publishers to report viewability for extended periods of time.

Increasingly, marketers will seek to integrate tactile engagement with ads, with Instagram’s new swipe ads providing a new platform to do this on. With the increasing dominance of mobile,

native advertising will become increasingly prominent, due to the higher engagement rates and increased consumer satisfaction that it brings.