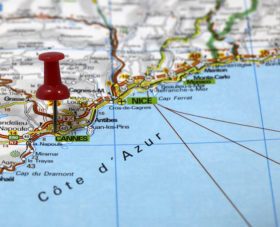 With Cannes Lions over for another year, ExchangeWire reflect on observations of the reality of the convergence of data and creativity, versus the promise of it.

When you look at the beautiful town of Cannes during the week of the Cannes Lions International Festival of Creativity, you see wealth, ostentation and bold presence from ad techs, brands, agencies and many more in between. However, you also see a dichotomy between the creatives and the ad techs and – it seems – rarely the two shall meet.

From the yacht-lined port to the end of La Croisette, ad tech names both big and small adorn the town, but are nowhere to be seen in the sprawling Cannes Lions arena of the Palais des Festivals.

The promise this year was for the conversation to be centred about data and creativity more than ever before, as data and technology-fuelled creativity is at a turning point, driving change and collaboration in an effort to provide the ultimate user experience. However, the reality turned out to be rather different. Indeed, at panels, during meetings in hotels, bars and on yachts, there was talk (albeit limited talk) of the importance of data and creativity, but little evidence of putting the theory into practice or indeed showcasing some of this work.

In fact, the ad tech faction largely wasn’t there to stand up for creativity, but instead to promote business agenda, arrange meetings and do business. You can’t really knock it, as it works and as many applauded, there are very few opportunities in the advertising calendar like the Cannes Lions festival to be able to meet so many senior business leaders in one place at one time. However, one glaring omission is the support for creativity and the reason people claim to be there; the lack of passes for the Festival of Creativity on display within the ad tech community was notable.

Chris Dobson, CEO, The Exchange Lab, blames himself for the way Cannes Lions looks today. Dobson was the first person to represent digital at Cannes Lions, when he brought Microsoft to the festival in 2002, to try to build a bridge between creativity and data, which he believes still is not there, even though we are fourteen years down the line.

Sandro Cantanzaro, SVP of innovation and analytics, DataXu actually did buy a pass to the festival, arguing that as data innovators, DataXu would be doing a disservice to their clients if they didn’t listen to creatives. Cantanzaro maintains that good data allows you to be more daring on the creative front and bringing them together enables the right business questions to be asked.

Xaxis, another bastion of the convergence of creativity with data and technology, as highlighted in this piece published ahead of Cannes Lions 2016, were making sure those questions were being asked at their Programmatic 401: Creative Convergence event. However, it was clear there is a long road ahead, with Nicolas Bidon, global CEO, Plista arguing that it’s the creatives, not the data guys that will win in the data versus creativity conversation, with founder, president and CEO of Jivox, Diaz Nesamoney claiming that the data guys will rule. Discussions of who will rule the roost may not seem productive to some trying to foster collaboration within the industry.

At the very least, creativity and technology are being uttered in the same sentence and outside of the advertising industry, Samsung put on a strong show to demonstrate technology-fuelled creativity through VR.

If the talk of data, technology and creativity fell short, then what became a more prominent topic of discussion this year was ‘humans’. Joanna O’Connell, CMO, MediaMath said that we need to talk about humans and have a human understanding if we want to overcome some of the challenges our industry is currently facing. Kirk McDonald, president, PubMatic and Emma Newman, VP marketing, international, PubMatic also talked of human understanding and how the importance of relationships will make a comeback over and above automation. McDonald also argued that we are analogue humans living in a digital world and we can’t evolve at the pace we’re innovating, as the infrastructure is not there.

Data, technology, creativity, humans. Whatever the topic of conversation, what’s most important is that conversation turns into action.