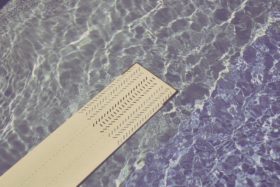 Publishers are experiencing an ongoing period of transition, with Facebook being one of the main drivers of it. Ad tech, explains Mihai Fanache (pictured below), CEO, thenewsroom.io, needs to step in. Here, Fanache tells ExchangeWire that the publishers of tomorrow need to become programmatic platforms to allow them to compete with the likes of Facebook.

The world seems to be waking up on the wrong side of the bed lately. It’s like a hangover, but global. Britain is leaving the EU based on ‘fictionary’ arguments. Trump might as well become president based on his complicated relationship with facts. And ‘fictionary’ is not even a real word. Whatever works, really.

Unassumingly, our most pedestrian bedtime routine seems to have caused all this. It’s our constant need for social media. When 1.6 billion people consume social media before bed, social media takes over the world by the next day. Ok, give it a few years and that’s what will happen. The Guardian is calling it a global crisis.

With every person turning into a broadcaster, Facebook is taking over political campaigns, commerce, retail, security, governments, our bedtime, and our mornings. And that’s alright. But Facebook took over journalism as well, and that’s where it gets weird.

There was no coup; no guns were fired. Instead, publishers have voluntarily outsourced their fundamental discerning functions so they can push more of the uncoordinated content that they make, for their competitor to make sense of. Facebook duly accepted.

However, about two weeks ago, Facebook announced another change in their newsfeed algorithm, the central experience of the platform, making room for more friends and more family. And while consumers, myself included, can simply acknowledge the change, publishers have to, once again, reconsider the nature of the affair that they’re having with the platform. The event will bring another drop in traffic, influence, and ad revenue for the publishers. Some will figure out their way around it, most will suffer, others will shutter. They’ll need to work more, so they can make less, paying the price for building on someone else’s land. There’s still time to fix that.

It’s becoming clearer that publishers will not be deprioritised to allow us to see more wedding and baby photos. Facebook is silently opening up inventory for the new news, the millions of aspiring journalists they’re supporting to report Live from Dallas or elsewhere. There will be hazy days on Facebook and weirdness will emerge. Factual journalism will be muted. Publishers can now potentially step back, redraw from the user generated madness, make a clear statement and put a price on high-quality journalism. 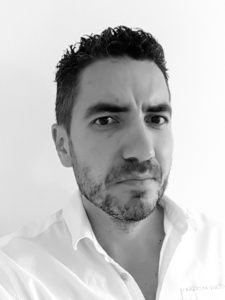 Choice over tracking: the new paywalls

With hundreds of millions worth of venture capital invested into DMPs, the industry has shown very little interest in getting consumers to speak out about their actual preferences. Ad tech would rather sneak up on consumers and place them in crowd control apps, planned for mass consumption on the demand side. While that is a transparent and (reasonably) lawful practice  —  consumers tend to reject the idea of being watched.

They don’t feel that advertising is advancing, and they don’t secretly wish they’d be followed by more of the shoes and hotel rooms they left in their shopping carts. The industry is getting better at tracking and unusually bad at asking legitimate questions.

Consumers need to be able to program their content and advertising experiences. And, once expressed, such personal preferences could be traded for a better, cleaner, and less interruptive web.

Facebook is now the world’s largest commodity exchange that’s exclusively hedging on the attention of their users. Consumers are getting immense value from having Time Inc., Hearst, Buzzfeed, and the BBC one swipe away on their newsfeed. Unfortunately, all these lifelong competitors are now working for Facebook. They’re trading their goods on a private, for-profit exchange.

However, while Facebook have done an impressive job at using data to re-engage users with more of the best scoring content, publishers seem to have entirely missed that big idea. They went for the most conventional form of re-engagement: interruption. They broke their users’ attention with the sensational, the hyper snackable content, the yachts, the cats, and the ’10 things you’ll regret doing in your 20s’. And it’s not just because sensational sells, but because they genuinely don’t know what’s next. They gambled their way into the attention economy, unknowingly making advertising more irrelevant, dysfunctional, and hated by consumers than ever before.

The ad tech industry has the unique privilege of stepping in and proving to Wall Street that it’s more than a bad apple. Ad tech can re-state its mission and re-purpose its tech to help publishers become platforms.

Should Hearst be delivering Time Inc. content? Should I be reading my Vox stories on Wired? Perhaps that’s the way forward. Robert Thomson, chief executive at News Corp hinted at something similar.

In 2013, John Battelle, co-founder at Wired suggested that, one day, the banner ads will be heroic. And they will not be ads. It seems that we’ve made it into the future!