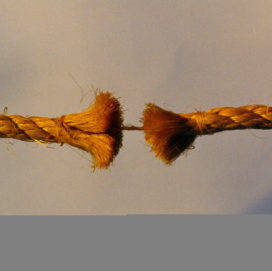 With global ad revenue wasted on fraudulent traffic reaching into double-figure billions in 2017, ad fraud remains an issue in the programmatic industry. Tim Koschella (pictured below), CEO and co-founder of AppLift, speaks to ExchangeWire about aligning with advertisers’ needs and combining forces within the industry as a whole to protect the reputation of ad tech.

ExchangeWire: AppLift started in 2012, focusing on the gaming sector. What made you decide to expand beyond that particular sector?

Tim Koschella: The mobile landscape is ever-evolving. When we began in 2012, gaming on mobile was the big thing. Our expansion into verticals other than gaming was a natural progression with the evolution of the industry, which has seen the potential in verticals such as entertainment, e-commerce, and travel. To fuel our mobile advertisers’ growth in different areas, we are building tools for them to optimise campaigns and get the maximum ROI out of their advertising spend.

I’ve noticed that recently a number of Berlin-based ad tech companies have started establishing themselves in the US. You made the big leap in 2013. What has changed in the meantime, that more German players are reaching out to the US market? 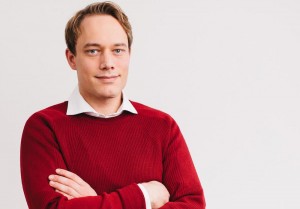 We made a very deliberate decision to go into the US early on. Only ​nine​ months after we launched AppLift, we opened our first international office in San Francisco. It was a big investment at the time, but we thought it was the right ​move for two reasons: First, the US was, ​and still is, the largest mobile advertising market in the world​. Second, most of the innovations in mobile advertising ​are​ driven by the US market. I believe other companies from Berlin have realised this as well, but waited a bit to grow their business before making that investment – so now seems to be the time. Germany, and more specifically Berlin, has developed into an important mobile ad tech hub. While, in principle​,​ many functions in an ad​ ​tech company can be centralised, by having​ a​ footprint across the globe we are able to serve our advertisers better and adapt to each market’s conditions and ​adapt to new trends faster.

You are specifically focusing on advertisers. Any plans for bridging the gap by also catering for the sell-side?

We believe that for us to create a true value gain for our advertisers we must be aligned with their needs. We decided to change our entire company’s DNA by spinning off our SSP business and have since evolved into a demand-centric app advertising company – a step we haven’t regretted but which, in fact, has contributed to our evolution as a company and has helped us better focus on our advertisers’ needs and increase their performance. In fact, in my view, the advertising market needs focused specialists who are fully aligned with their key clientele goals – fewer ad networks in the classical way, more players who focus either on the demand or the supply side.

What trends are you seeing in terms of attribution?

There is a general lack of standards and consistency between tracking methods, attribution partners, and marketing channels, which is making it difficult to follow standards, and that is fortifying the fraud issue. There will have to be more efforts towards finding standards on attribution such as unified IDs, unified attribution window lengths, etc.

Which leads us on to the next big topic: ad fraud. AppLift obviously takes a great interest in the issue. You have published several studies on mobile ad fraud. Is ad fraud a particularly big problem in mobile app marketing? Are mobile ad blockers the solution? How will that affect your business?

Fraud has always been a pressing issue ever since advertising began on mobile. Until now,​​ ​the industry had a rather myopic view of ad fraud, viewing it as mainly an issue for advertisers. But we believe it affects more than just app developers and advertisers – ad fraud breaches the trust between networks, publishers, and advertisers, damaging the reputation of the entire industry.

As an active player in the ad tech space, we have been focusing our efforts on detecting and preventing ad fraud, first with our study on mobile programmatic fraud and, most recently, ​​our report explaining​ the​ ​current challenges​ ​around fraud that ​​our industry is constantly battling​. The sophistication of fraud techniques means it’s harder to detect fraud on a surface level. At AppLift, we combine pattern-detection technology with human intelligence to detect and prevent fraud before it impacts your campaign performance. And we have taken those learnings to provide concrete guidance for designing and executing fraud-fighting measures for all stakeholders to come together and fight it.

We don’t believe mobile ad blockers are solving the issue of ad fraud. Certainly, if adoption of mobile ad blocking continued to rise and, as a consequence, the size of the addressable mobile ad market stagnated or even shrunk, the commercial impact of ad fraud would become smaller overall. But this does not solve the problem in itself. As long as there is money to make with mobile ads, there will also be fraud.

Interpreting the studies I read about ad blocking, as well as speaking to people in the industry, ad blocking is still a small thing in mobile advertising. Adoption of in-app ad blocking is virtually non existent, so the only real impact seen currently is on mobile web ads. But for app marketing, mobile web represents only a very small fraction of the relevant market. Most happens in-app.

Fraud is clearly an ever-evolving beast. Can you discuss the evolution of fraud over the last few years? How has it changed? What are the biggest concerns for advertisers today?

Fraud has always been a pressing issue, ever since advertising began – whether on desktop or mobile. In the mobile marketing industry, fraudsters have always found new ways to grow and survive by delivering what marketers were looking for without being identified. Back in 2012, when marketers focused on volume, fraudsters employed simple bots, install farms, and auto redirects to deliver volumes. As the industry evolved and shifted its focus to post-install quality and ROI, fraudsters have invented new techniques to mimic post-install user behaviour or even steal organic installs. Click farms were replaced with click injection, click spamming, and ad stacking – what we can call the hot bed of the ad fraud battleground today. These fraud techniques are harder to detect without a sound understanding of pattern detection and heuristics, and requires the combined efforts of humans and technology to win the war against ad fraud.

Can you offer some fraud-fighting measures that marketers and advertisers should be taking to better their business?

While the tolerance towards fraud is rapidly decreasing, as the industry becomes​ more aware of the risks that play out due to ad fraud in its various forms, we ​still ​have a long way to go. The industry needs to ask itself not only how to identify fraud, but more importantly, why fraud is happening. Each player needs to develop their own initiatives, depending on their knowledge, to detect patterns, study heuristics, and share that knowledge. Ad exchanges, publishers, and attribution partners now have a bigger role to play in mitigating fraud, compared to some years ago. The industry must join forces and fight the common enemy, otherwise ad fraud will remain a cat-and-mouse chase.