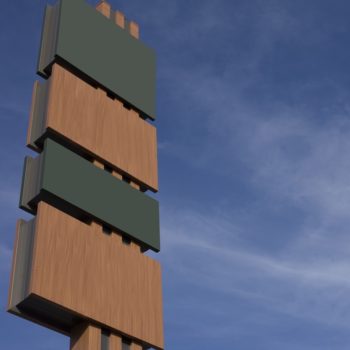 How do you define advertising? Melinda McLaughlin, CMO, Extreme Reach, believes that content distribution and consumption is blurring the lines of what an 'ad' is, and that this actually brings with it untold opportunities. Writing exclusively for ExchangeWire, McLaughlin takes a look at some of the brands that are redefining the advertisement.

Miriam-Webster defines an 'advertisement' as, “a public notice that promotes the sale of a product or service”. When an ad took the form of a Coke billboard or a full-page splash for CoverGirl foundation, everyone understood. But, oh my, have times changed!

This became even clearer to me while playing a tennis match against Serena Williams – specifically, an 8-bit digital representation of Williams, in a mobile game placed inside SnapChat, paid for by Gatorade.

At no time was I directly 'asked' to buy a Gatorade; they never even described the 'awesome qualities' of Gatorade. Yet, for an average of 196 seconds, players enjoy their time in-game, entertaining themselves while looking at more virtual Gatorade branding than they would while flipping through a magazine or passing a billboard.

It may no longer be news that the best ads take on the shape and form of content. But as the lines surrounding our definition of an ad become blurred, the unique opportunities for creative teams and strategists have become clearer than ever. In 2017, both creative agencies and media teams are getting more innovative in the pursuit of audience delight. Advertising is, I believe, actually entering a new golden age. Let’s look at more evidence:

The pizza giant is expert at traditional advertising techniques. But, when it sought to harness the much-loved movie Ferris Bueller’s Day Off for its recent campaign, it didn’t just run TV ads recreating famous scenes from the flick – it supplemented that TV buy with an airing of the whole movie on Facebook Live, in a national event that drew tens of thousands of watchers.

The sell wasn’t blatant at all for Domino's, but I can only imagine how many viewers fell susceptible to that familiar craving for a pizza during a good movie, not to mention all the good feelings Domino's triggered amongst an audience treated to a classic favourite film.

Traditional TV is alive and well, but Hulu’s excellent new live TV service brings an entirely new viewer interface to the experience. I found this particularly intriguing: new ad formats on the platform will have built-in shoppable actions that allow viewers to buy on-screen items with a click and will be one of the biggest-scale deployments for e-commerce video ads to date.

Creative teams have yet another new room to dance in. With shoppable advertising, the task isn’t to ignore the ask for a sale, but rather to make it more irresistible than ever.

Consumers’ aversion to excessive video ad load is spilling over to TV, and the networks are wising up. Turner is experimenting with reducing ad volume on some of its channels, while Fox is trying a different approach. Using its true[X] technology, Fox.com is serving episodes of TV shows that, for viewers who engage with a single, interactive, 60-second opening ad, run without any of the usual mid-show commercial breaks. It goes to show that more immersive messaging can yield better brand results and more accepting viewers.

Humour has always found it’s way into advertising, bringing a smile to consumers’ faces as a way into their hearts and minds. Rather than the usual 30-second spots, Comedy Central is now running two-and-a-half-minute branded content spots that are more like the channel’s own skits than interruptive commercials. Now agencies are upping their game to effectively make advertising that feels like entertainment.

The future is bright

The depth of creativity flowing through the advertising industry continues to inspire me every day. While the 15-second and 30-second ad continues to be a boon for advertisers looking to create an award-winning mini movie and deploy it at scale, the rise of new lengths and formats as added layers has thrown open a new world of possibilities when it comes to storytelling and engagement building.

As we emerge in this next golden ad age, it is the brands that engage, talk, and laugh along with their audiences that will shine brightest.