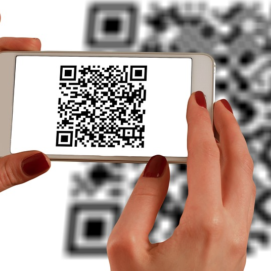 This week, Singapore electronics retailer Audio House has rolled out a new payment system that lets customers scan QR codes to complete their purchases; and they can do so using their own banking apps.

Audio House said it had adopted NETS QR payment platform, enabling shoppers to select the payment mode at the cashier and scan the QR code displayed on the terminal to initiate the payment process.

Developed by payments vendor Network for Electronic Transfers of Singapore (NETS), the QR platform is supported by NETS’ own payment app NETSPay, as well as local banking apps DBS PayLah, OCBC’s Pay Anyone, and UOB’s Mighty.

No additional fees would be charged for this payment option, Audio House said, adding that the payment mode also was available on its online store. The retailer has an inventory of more than 4,000 products. 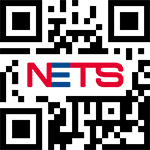 The Singapore government this week also officially launched a universal QR code that would eventually be supported by 27 payment apps and options, including local peer-to-peer service PayNow, GrabPay, Singtel Dash, and NETS.

Dubbed ‘Singapore Quick Response Code’ (SGQR), the payment system aims to streamline QR-based payments by combining “multiple payment QR codes into a single QR label”. This would make such payments simpler for consumers as well as merchants, said the Monetary Authority of Singapore (MAS) and Infocomm Media Development Authority (IMDA) in a joint statement. The two government agencies co-lead a task force, established in August 2017, to drive the development of a common QR code for use in Singapore.

The government agencies said: “With the consolidation of QR codes, merchants will only need to display a single SGQR label showing the e-payments it accepts. This means less clutter on the storefront and quicker payments processing. The addition of new QR payments options, both domestic and international, are also streamlined into the single SGQR label. SGQR does not require a terminal, so it is a cheaper way to accept various e-payment options.”

To pay by SGQR, shoppers can select their preferred payment platform available in the supported options and log into the selected payment app. After scanning the universal QR code, they then enter the required payment amount to complete their transaction.

Chinese e-commerce giant JD.com says offline retailers are benefitting from its big data analytics platform, which has been used to support various business decisions such as choosing optimal locations for new stores.

Called ‘Zu Chongzhi’ after an ancient Chinese mathematician, the data analytics platform could be tapped to help these retailers with “every step of the retail process“, including store operations and marketing initiatives.

JD.com further noted that the platform tapped data from its e-commerce sites, as well as partners’ offline data, to provide visualised analysis. For instance, suggestions for store locations are based on several factors ranging from surrounding businesses and amenities, to transport links, and local consumption trends.

IoT (Internet of Things) devices implemented in-store also provide data such as heat maps to show areas where customers spend the most time. The Zu Chongzhi platform can be tapped to enhance product placement and shelving models.

According to JD.com, its data analytics platform currently is used by five brands and at more than 10 stores across China.

High-end Chinese furniture retailer QM, for instance, used the platform to understand customer demographics in the area where one of its Beijing outlets is located. Having identified the area to have a larger proportion of educated female professionals, to attract sales from this customer category, the JD.com system recommended the addition of 3,000 non-furniture products at the QM store, including electronics, small appliances, and household supplies.

This enabled the QM store to increase traffic by 30% and generate sales from more than 80% of the new products, JD.com said.

This figure was three times higher than its average daily sales, the company said. In addition, more than 15 million items were sold during the 24-hour shopping event, held for the third time this September.

According to Shopee, more than seven million sellers peddle their goods on the e-commerce marketplace, including 10,000 brands across the region.

The e-commerce site is owned by Sea and first launched in Singapore in 2015. It currently also is available in Malaysia, Thailand, Taiwan, Indonesia, Vietnam, and the Philippines.