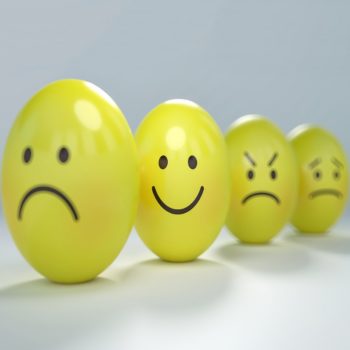 Sizmek's downfall seems to have triggered panic in ad-tech circles. We all love a bit of drama – but we truly have reached new heights of hyperbole when we get comparisons between the fall of a mid-sized ad-tech firm and the 2007 multibillion dollar financial meltdown. Drama, indeed.

Maybe there are unseen debt-bergs submerged in the murky waters of media ready to sink ad tech. But then this is always the case. Intermediaries always carried debt – and always will.

When was the last time a marketer/holding group paid on time? I can't remember either.

The Sizmek fall is not the canary-in-a-coal-mine moment for the industry that so many seem desperate to happen.

In truth the not-so-seismic event is, as usual, a properly boring story: Sizmek failed simply because its financial PE overlords, Vector Capital, made too many missteps.

When Vector Capital took Sizmek private in 2016 for USD$113m (£86.4m), it had grand aspirations of building a martech stack. This should never have been the goal for Sizmek and its core ad-server business. Its previous acquisitions were a series of point solutions intended (unsuccessfully) to move the business forward, and  were eventually sunset. Some of these included: StrikeAd, Peer39, Aerily, Eyewonder, and EyeBlaster.

This didn’t affect the industry’s perception of the company: Sizmek had built a scaled ad-server business, and was seen as a global alternative to Google. The company had sizeable deals with a number of big holding groups.

Vector probably assessed the Sizmek opportunity and thought it could increase profitability by cutting costs within the company or merge it with overlapping ad-tech assets.

With the latter strategy, Vector was about to seal the fate of Sizmek. It is no exaggeration to say that Rocketfuel is the ad-tech calamity of our time. Not only did it destroy billions in shareholder value during its brief lifetime as a publicly listed ad network, but it managed to collapse a decent business.

Now some of our readers would probably take me to task on this, but I have been consistent in my criticism of Rocketfuel since its early days.

Let me elaborate on the first point. Rocketfuel should have never gone public. An ad net should never go public. That company could have printed money as a private company. I think ad nets are the best business models in this business.

But alas, it went public on wishful thinking: its chunky margins of 60%+ could never be sustained; and its flimsy business model could easily be picked apart by a half-driven lad with a DSP seat, good agency contacts, and a bag full of rebate cash.

On the second point, you can argue that Rocketfuel was the straw that broke Sizmek’s back. Vector overpaid for it at USD$125m (£95.6m). It then underestimated the resources and cost required for RocketFuel’s integration. Add into that the cost of managing programmatic supply, and you can see how Sizmek ended where they did.

Seeing the the losses accelerate, Vector offloaded to another PE firm.

Whatever happens next with Sizmek, it won’t sink ad tech. Ad tech has issues, but money management is a perennial problem. Maybe payment terms and conditions get tightened. That’s a good thing, not an end-of-the-world incident.

...but… but what about Chrome ITP?

My good friend, Ronan Shields, broke the story about Google introducing some kind of privacy in Chrome a few weeks back. The story has caused a stir for good reason.

The entire ecosystem relies on the third-party cookie to operate. If Google decides to go nuclear on ad tech and kills third-party cookies, it will pretty much result in a nuclear winter. In that scenario, I will probably have to retrain as a barista – and, through some strange twist of karmic retribution, will end up working as a coffee boy in the Google canteen.

But I don’t think this will happen. At its I/O conference in early May, I expect Google to strike a balanced approach to privacy: offering a Chrome ID open to the industry for measurement, targeting, and frequency capping.

The ID will be cleared every 7-14 days, ensuring a level of privacy for users and means for the industry to operate.

If Google decides to follow the example of Apple, and ban the third-party cookie outright on Chrome, I can see the following happening:

1. Vestagher will immediately activate a case against Google’s anti-competitive behaviour in ad tech and digital advertising

2. This will not lead to fines, but Google will be forced to divest of key assets in Europe, namely Chrome, ad tech, and YouTube

3. State-level cases will be filed by AGs in the U.S., causing serious trouble at state level

4. GAFA break-up will become an entrenched issue in the U.S. presidential election

5. Publisher SSO (Single Sign-Ons) will become a matter of survival for European publishers, thus blunting the control of the duopoly in Europe.

6. There will be a swing back to the power of context and premium

7. The long tail will get battered by any change, but Google will find a way for AdSense to thrive

8. In the short term, it will drive ID practices underground with fingerprinting becoming the go-to for buyers.

9. But in the long term, this will shake ad tech out of its complacency, sparking a bunch of innovation around privacy-first ID solutions

Whatever happens on 7 May, this move by Google once again demonstrates why this industry has to move beyond the cookie. I think Google is doing us all a massive favour – and I applaud them for it (slow clap).

This industry needs to be mindful of privacy and put the user first. I believe the Google I/O announcement will accelerate this.

Ad tech will remain the blood and guts of internet monetisation, but it’s now time to roll up the sleeves and fix the big ID problem. In the meantime: ad tech needs to keep calm and carry on.

Correction: A previous version of this article stated that Sizmek's acquisitions, including StrikeAd, Peer39, Eyeblaster, Eyewonder, Aerily, were bolted onto Sizmek's core ad-server business to create a Frankenstack. This was highlighted by a former Sizmek employee to be untrue, and has been updated.