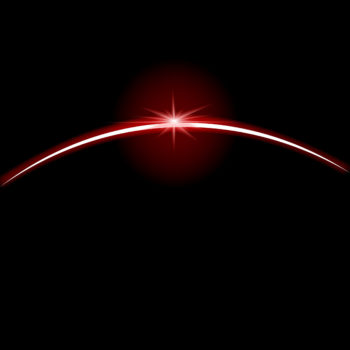 On Friday 31st May, Amazon announced that the company has officially signed an agreement to purchase Sizmek’s ad server, along with their dynamic creative optimisation (DCO) unit. It is difficult to overstate the impact of the shopping giant adding ad serving capabilities to its array of successful divisions, with the advertising duopoly of Facebook and Google surely due to be joined by Amazon.

A number of questions surround the acquisition though. Why purchase Sizmek’s ad server in a time of increased anti-competition scrutiny? Why buy it at all when their advertising business is already experiencing sustained growth on an impressive scale?

Whilst Facebook does have extremely powerful data resources within its own walled garden, it has not been able to carve out its own space in the programmatic market, having shuttered their ad exchange (FBX), their video SSP (LiveRail), and ad server (Atlas), all in 2016. This has left Google with virtually free reign in the programmatic space, with the lack of competition benefiting nobody, other than Google themselves.

In the meantime, Amazon has been rapidly expanding their own advertising capabilities, which now boasts revenues of approximately USD$2.5bn (£1.98bn) per quarter, judging by the most recent figures. Currently their programmatic offering consists of their DSP, along with proprietary search tools. Adding an ad server and DCO into their stack indicates Amazon is now looking to scale their advertising capabilities, and thus compete with Google in this space.

In the face of mild market negativity surrounding the move, the question has to be asked: why should Amazon buy Sizmek’s ad server and DCO?

Firstly, given the precarious financial situation of Sizmek, Amazon has likely agreed to purchase these assets at a knock-down price. This mitigates the risk of the integration failing as, in the worst case scenario, a write-off of less than USD$100m (£79m) is barely a scratch for a company which had revenues of USD$232.9bn (£184.1bn) last year alone.

Secondly, regardless of your sitting within the ad tech ecosystem, effective data management and activation will be critical for future success. Whilst Amazon already has a huge wealth of scaled data, adding ad serving capabilities into the mix adds another level to their data collection capabilities, and will provide the firm with invaluable insights along the wider digital marketing chain.

Thirdly, purchasing an established ad server means that Amazon has access to plentiful expertise on the technology running it, without having to build their own product and teams from scratch. While Amazon already has its foot in the programmatic door with their DSP, with a more comprehensive advertising toolset they can now set their targets on wrestling clients from Google.

In short, once integration is complete Amazon will have a fully-fledged ad server, bought on the cheap, in a time when their advertising business is already experiencing strong year-on-year growth. At the same time Google, their main rival, is under significant regulatory pressure on both sides of the Atlantic, will calls asking for a breakup of their ads business growing ever stronger. Taking all this into account, the question should instead be framed as: Why not?

The inescapable truth is that the Sizmek project ultimately failed, however if they were able to successfully merge all their assets into a comprehensive martech stack as planned this would have given a viable, and crucially independent, alternative to Google’s ad serving business. Moving this ad server behind the walls of the Amazon garden is hardly likely to see independent providers rejoice, indeed it is likely that their margins will be further squeezed.

The Amazon programmatic offering will be hugely tempting for e-commerce clients, given their expertise with handling such huge amounts of transactional data. Therefore even those companies which have shunned Google’s walled garden, and are currently on the books of independent ad tech, may decide to shift their budgets to Amazon, giving a further blow to the 20%.

However there is also scepticism whether Amazon will have much of a substantial impact. Maciej Zawadziński, CEO of Clearcode and Piwik PRO, states: &#822There will no doubt be some retailers that will choose Amazon over Google as they’ll be able to run campaigns across Amazon-owned sites and apps (mainly on the ecommerce platform), but I believe few will use Amazon’s AdTech stack to advertise on the open web — there are too many other alternatives, both the walled garden and independent variety, that do a better job.”

The majority of the press coverage surrounding the purchase thus far has focused on the ramifications of the ad server purchase, leaving the DCO acquisition to hover under the radar. However, giving Amazon new capabilities in multivariate testing of creative is still hugely significant, particularly given the recent expansion of their ad-supported free-to-consumer businesses. They recently announced a free music platform, with ads, compatible their Alexa speakers, along with an ad-funded video streaming service on their subsidiary IMDb. Automating the process of selecting creative for these different content formats, along with their display units, will allow them to scale their CRO across their diverse products, as well as their clients’.

Right to be wary: why Amazon should take time over integration

Amazon’s statement concludes: “Once the deal closes, Sizmek Ad Server and Sizmek DCO will operate separately from Amazon Advertising for the time being.” Whilst some may baulk at this as implying a lack of ambition, or even a lack of prior planning, over the deal, it makes sense to take time with the integration rather than bungling the process.

An endorsement for a gradual transition comes from Facebook, when referring to the folding of LiveRail, the firm stated at the time that the integration “frankly took longer than we would have hoped.” It is also important to remember that Sizmek’s fall into bankruptcy in-part stemmed from its attempt to build a grandiose martech stack through a series of (ultimately failed) acquisitions. Whilst a slow integration is bound to annoy impatient investors and fuel scepticism over the deal, Amazon would do well to heed the warnings of the past to avoid butchering what remains of Sizmek, as well as damaging the reputation of its fledgling, yet rapidly-growing, advertising offering.

Drawing regulatory attention: why the acquisition will put Amazon under fire

Facebook and Google have recently been mired by a combination of antitrust violations and privacy concerns, with even the former’s co-founder suggesting the social networking firm should be broken up given their control of several communications platforms. Meanwhile Amazon has seemingly slipped under the radar of antitrust jurisdiction, largely due to their heavy focus on e-commerce.

However, the recent news that the FTC has agreed with the Department of Justice to have full oversight on Amazon’s competitive behaviour, may be an indication that the shopping giant will face further scrutiny going forward. Adding ad-serving capabilities to their arsenal, whilst this may allow them to compete more with Google, will certainly not help Amazon in avoiding regulatory fire.

Taking a childish detour to finish, those familiar with Pixar’s Wall-E will know of Buy n Large, the fictional conglomerate with totalitarian control over companies, governments and infrastructure in the year 2105. Though this is a wholly exaggerated example of monopolisation, both Amazon and Google seemingly have ambitions to become the amalgamated powerhouse in this century. Where Google has search, Amazon has streaming. Where Google has driverless vehicles, Amazon has supermarkets. Google: Android, Amazon: Prime.

In the war between these two tech giants, programmatic has now become one of the few head-to-head battlegrounds.

Weborama’s parent company Ycor has announced that they have decided to outbid Amazon for Sizmek’s ad server and DCO units, in the interest of building an independent alternative to the walled gardens. Speaking exclusively to ExchangeWire, Alain Lévy, CEO of Weborama and Partner at Ycor, said: &#822Ad serving is the industry backbone. That’s where everything starts – campaigns, data, budget allocation, attribution, measurement, etc. Setting aside Google which indisputably tops the field, Sizmek is the only player that is both global and independent. The ad industry by and large cannot afford to overlook what is at stake here: freedom of choice and transparency. It is not a question about Amazon per se, or any another tech platform, it’s about the industry we want to build going forward in the service of marketers and consumers.”