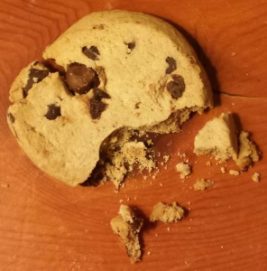 Richard Lloyd, Chief Data Officer of GroupM UK, writes exclusively for ExchangeWire about how identity will survive the impending termination of the third-party cookie.

It’s hardly new news that a combination of browser restrictions and data privacy regulations have sealed the fate of the third-party cookie, but the advertising industry’s continued obsession with its demise is misplaced.

Third-party cookies are already ineffective in today’s fragmented ecosystem of diverse platforms and devices, and they have been for some time. From smart speakers to connected TVs, none of the emerging interaction opportunities use third-party cookies. Our concern shouldn’t be that cookies are being retired in the next couple years – it should be we still rely so heavily on them in 2020. The W3C’s recent petitioning of Google to postpone the deprecation of third-party cookies in Chrome, prompted by the Coronavirus emergency, is symptomatic of our collective inability to accept the need for change.

The loss of the third-party cookie should give us the kick we need to fix the industry’s real identity problems and better serve the needs of advertisers. This doesn’t mean direct replacements for third-party cookies, such as statistical identifiers – browsers and regulatory bodies are unwilling to support them, and they will simply perpetuate the flaws of the existing cookie-centric ad tech ecosystem. Instead it means focussing on other emerging innovations and positive transformation in the way we approach identity-driven media.

These identity-driven methodologies must meet three key criteria. First, they must be fundamentally acceptable to consumers, offering complete transparency into how data is used and, as a result, address lingering GDPR compliance questions. Second, they must be designed from the ground up to work in a fragmented ecosystem spanning a myriad of semi-connected environments, devices and platforms. Finally, they must operate on a spectrum of identifiability, with declared identity at one end and complete anonymity at the other, allowing us to take full advantage of identity when it’s available without being constrained by its absence.

Rather than a single omnipotent solution emerging, we’re likely to see two parallel ecosystems emerge, one based around “declared identity” as a basis for genuine consumer-level identification and one built for an “anonymous” ecosystem defined by a paucity of identity information.

Walled gardens use declared identity (logins) today to connect consumers across devices and environments. We’re now seeing a good proportion of the rest of the industry shift in this direction – declared identity gives more control to users, can respect consent across platforms and is largely impervious to restrictive browser policies.  It’s an appealing solution to the industry’s digital identity problems, but it rests on consumers’ willingness to declare themselves, and that’s not the only challenge to overcome.

The declared identity ecosystem is device and environment agnostic, but it is already segregated into several distinct identity “spaces” owned by each of the major walled gardens we know today, as well as (increasingly) major broadcasters and publisher cooperatives. These are exclusive spaces, which create silos of delivery, measurement and targeting. Scale is key here as buyers will only commit to working within a distinct identity space if it offers sufficient reach and ROI potential. If publishers and broadcasters can’t achieve sufficient scale, it’s possible the existing walled gardens may create an identity layer for other media owners using their existing passport-style services.

An anonymous ecosystem where identification at an individual level doesn’t exist in any meaningful way will emerge to cater to these consumers. Contextual signals will naturally become more important in this ecosystem, although context alone won’t be the engine for digital media execution, as some providers hope. Location signals and cohort-level signals (for example as illustrated by the Federated Learning of Cohorts (FLoC) concept in Google’s privacy sandbox proposals) will also likely play a role.

Machine learning will become an ever more powerful tool to make sense of these signals for optimisation and delivery management, and new forms of panel-based measurement will compensate for the inability to track large numbers of consumers longitudinally. Industry players such as Xaxis already provide AI technology for programmatic optimisation that are agnostic to identity-based targeting. Consumer-centric programmatic solutions, alternative media models, and new campaign optimisation techniques will enable alternative forms of identity-driven advertising, even when declared identity is unavailable.

Creating competitive advantage in the new era of identity-driven media

Let’s not beat around the bush – implementing effective technologies and methodologies to execute effectively inside each of these two ecosystems won’t be trivial, and orchestrating campaigns effectively across both of them won’t be straightforward. But that’s why it’s all the more important to start now – commiserating over the demise of the cookie does no one any favours. For those bold enough to seize the opportunity, the future for identity-driven media looks bright indeed.