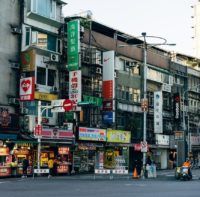 In today's ExchangeWire news digest: the government of China introduces a draft set of news rules to tackle "monopolistic behaviour" amongst the country's ecommerce leaders; WhatsApp launches its payment service in India; and Bloomberg Media announces the launch of its 24-hour news network, Bloomberg Quicktake.

The governing Chinese Communist Party (CCP) has revealed a draft set of rules that aim to combat alleged anticompetitive behaviour by the country’s leading ecommerce companies. The announcement comes just one day ahead of one of the nations biggest retail festivals, Single’s Day, which will take place tomorrow (11th November).

The move follows years of accusations of monopolistic business practices against top online retailers and services, including Alibaba, Pinduoduo, Meituan, and JD.com. The proposed rules take aim at inconsistent pricing, preferential treatment being given to merchants in exchange for exclusive agreements, and mandatory data collection.

Some of the country’s biggest tech firms saw their shares fall in the wake of the announcement, with Tencent, Alibaba, JD.com, and Meituan seeing declines of 4.4%, 5.1%, 8.8%, and 10.5% respectively at afternoon trading in Hong Kong today.

The new rules form part of a wider crackdown, and follows moves such as the 2018 ecommerce law and the draft data security law proposed earlier this year. It seems clear that the CCP is keen to rein in the power of China’s internet industry, and the businesses that have boomed within it. 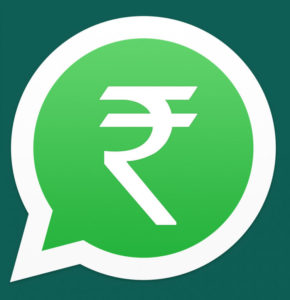 India-based WhatsApp users will now be able to make payments via the popular messaging app. Announced in a company blog post last Friday (6th November), the move means that users will be able to transfer money directly to individuals through the platform.

The Facebook-owned company revealed that it had worked with the National Payments Corporation of India (NCPI) to design the feature. The system is built on the country’s real-time Unified Payment Interface (UPI), the technology that forms the basis of the digital transfer systems of over 160 of India's banks. Users will require a bank account in order to take advantage of the feature, and the offering is currently supported by 5 of the nation’s leading banks: ICICI Bank, HDFC Bank, Axis Bank, the State Bank of India, and Jio Payments Bank.

WhatsApp asserts that the offering forms part of a wider effort to bring inclusive finance to India. “In the long run, we believe the combination of WhatsApp and UPI’s unique architecture can help local organisations address some of the key challenges of our time, including increasing rural participation in the digital economy and delivering financial services to those who have never had access before,” reads part of the release.

Bloomberg Media has announced the launch of a round-the-clock news streaming service called “Bloomberg Quicktake”. The network offers “a global view on the biggest stories for a new generation of leaders and professionals” according to a release announcing the launch.

Quicktake promises to cover stories on topics ranging from politics and business to food and entertainment in a variety of formats, including documentary-style series and anchor-led live news programming. The offering will be fuelled by Bloomberg’s 2,700-strong team of newsroom journalists, and will consist of ten original series over a 10.5-hour period and four live news shows each day.

“Quicktake’s arrival on streaming disrupts the traditional broadcast TV news model - from the types of stories it covers to the modern look and feel of the network, and the distribution centred around social and streaming,” said Justin B. Smith, CEO of Bloomberg Media. “Our vision for Bloomberg Quicktake has always been to create a network of record for this era. Now expanding beyond its roots in social, it will be the network to watch for the business-minded consumer who seeks a deeper understanding of the global stories that impact their lives.”