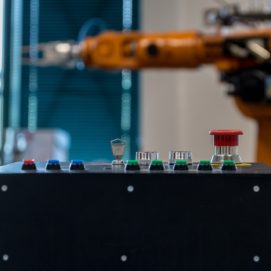 In this exclusive article written for ExchangeWire, independent consultant Emily Palmer summarises the results of a recently-conducted survey of ad ops and programmatic professionals working at UK publishers, conducted with her client GeoEdge, as well as a subsequent discussion conducted under Chatham House Rule with women working at leading UK media brands.

Automation for publishers in digital advertising could forgivably be assumed as the domain of programmatic teams. But processes are also being automated for direct campaigns, from ad quality assurance to communication with customers to reporting across teams. In the past year, publishers have faced furloughs and redundancies, leading to resources becoming even more constrained than usual. Here we take a look at the reality, the intentions, and the pandemic’s effect on publisher teams and automation.

You would expect some of the world’s largest publishers to invest in automation, but you may not expect people in ad departments to talk about data lakes and BI tools. But data and time are money – sophisticated publishers know they need to maximise both. Automation plays a leading role in surfacing actionable insights, and it plays a critical role in saving and generating money through advertising efforts.

As such, reporting was a huge theme in both the survey and the following discussion. Most publishers signalled areas they would benefit from improving in terms of reporting, though a representative of one major publisher described her organisation as “entirely automated from a reporting perspective.” However, she pointed out that some revenue partners take as long as 24 hours to provide accurate data, but they “are aiming to get that as real-time as possible.” They have alarms in place, which indicate outliers that need attention, from on-site metrics through to real-time bidding changes, even down to editorial goals around article behaviours, for example: ‘Is the time readers are spending on a given article within the expected realm?‘ Which of course impacts ad revenue for that content.

Indeed, alarms were one of the most popular areas where automation is leveraged, with 40% of publishers using alerts from platforms for fluctuations that need attention. Of those without alerts already, 89% want them. 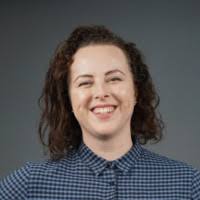 Another highly-advanced publisher described a few areas for improvement in her organisation’s reporting automation. One pain point lies in normalising data for benchmarks; it’s not as simple as looking at the same format across a number of variables and giving a single concrete performance benchmark, thus they end up providing benchmarks that may be too modest. In terms of programmatic deal success, it is very manual; her team has tried tools in the past to help automate yield management, but they weren’t very successful. She also highlighted a desire to improve direct campaign reporting, as related to both optimisation activities and reporting to clients.

Speaking of which, in an identical result to alarm implementation: 40% of publishers are automating campaign reporting for customers, while 89% of those not yet automating want to do so. This is clearly an area of opportunity given that, as one publisher put it, automation could enable more comprehensive and immediate reporting for their buyers. Another participant described already having an agency portal for IO deals, but warned there would be challenges to including real-time programmatic deal reporting. For example, they would expect discrepancies between buy and sell side platforms, plus the real-time data commonly gets adjusted by tech partners before settling into final numbers.

If you thought 40% sounded low for customer reporting automation, contrast that with 27% of the survey respondents having automated reporting for internal stakeholders. This is also recognised as an area for improvement, with 73% of those who do not yet automate wanting to.

It’s no secret that end of month reporting and reconciliation can take publishers hours, if not days, therefore it is no surprise that 71% of those who do not yet automate in this area claim they want to. However, only one publisher is currently automating their reconciliation process.

The other key theme was around ad quality. Just as marketers worry about their brand and ad fraud, publishers think about brand alignment with the ads run on their sites. This goes with a plethora of related concerns, such as malware; click bait/deceptive ads; offensive or explicit ads; bad UX; and unapproved cookies being dropped. Which leads us to the process most commonly automated amongst the surveyed UK publishers: programmatic ad quality control, at 53%. This entails publishers automatically blocking an ad from rendering on the page when it doesn’t meet their requirements in terms of quality, brand alignment, user experience or safety. Of those who don’t already automate programmatic ad quality control, 71% want to. 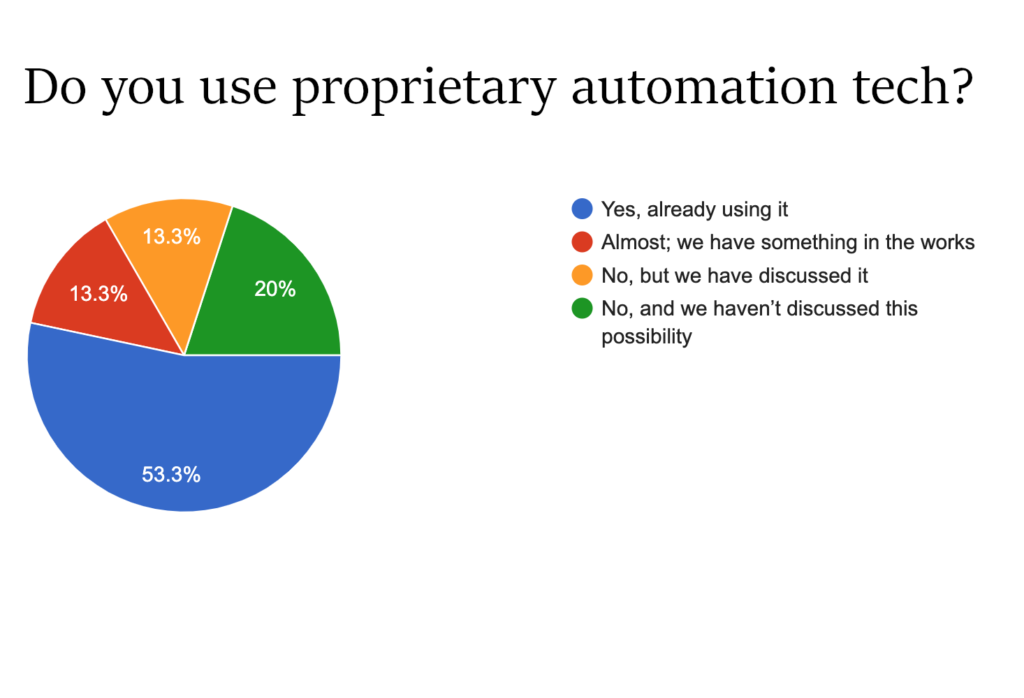 With time being money, all automation benefits eventually tie into revenue benefits. Here, we see the publishers have indicated speed, which makes clients happy, as being the number one benefit to automation. Efficacy and preventing tasks from falling through the cracks was a close second. While nobody ranked employee retention (by enabling them to do meaningful work) as the number one most important benefit, it was by far the popular choice for the second most important benefit. When it comes to employee retention, a second place ranking is a nod to the fact that hiring and training staff is expensive, thus it’s best for the business to remove undesirable repetitive tasks that can be automated.

During the discussion, one participant related a challenge that ad ops teams face to a challenge software development teams face: monitoring. Similar to how ad ops/yield managers must continuously test and optimise their setup to maximise performance and revenue, software development teams commonly use CI/CD (continuous integration and continuous delivery), an agile method of development. For both, it can fall down if there isn’t constant monitoring, which is ripe for automation. For a dev team, instead of having QA engineers manually monitor systems around the clock, automated monitoring is used and alarms trigger problems that need a human to take action. For an ad ops team, opportunities and problems aren’t able to be acted upon quickly without automation.

How the pandemic has impacted automation

Of the surveyed publishers, 53% have experienced furloughs and 47% have had redundancies across their ad ops and sales teams.

How have they coped with the loss in staff? Sadly, yet unsurprisingly, 58% of those who have experienced furlough or redundancies in their team have had to put more work on the remaining staff. A total of 25% coped by eliminating certain recurring tasks or halting work on long term projects. Remarkably, only 17% coped by bringing in more automation and 17% by outsourcing. If they could choose only one top coping mechanism, it was having the remaining staff pick up the slack, at 27%. None claim a significant drop in campaigns led to less work.

For one media owner, “One of the things lockdown really accelerated for us was the view to try to accelerate automation. There’s a lot that happens back and forth over email, versus a more systems based automation.” As a business with a lot of proprietary technology, they are working on a systems development approach and adapting the tools based on what the day to day users need.

In closing, an interesting observation by the same media owner: “Change management is the more interesting challenge, compared to actually upgrading our tools.” It’s important to keep sight of the human element when adding automation to any business, but that’s for another day.