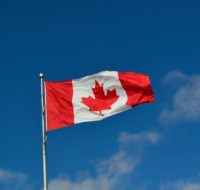 In today's ExchangeWire news digest: Canada announces its intention to follow Australia in imposing a law to force digital platforms to pay for news; research from Poynter finds that Twitter's Birdwatch is currently failing to effectively clamp down on the spread of misinformation; and Which? finds that fake Amazon reviews are being sold in bulk online.

The government of Canada has announced plans for a law that will force Facebook and other digital platforms to pay for news content. Such a bill would mirror Australia’s News Media Bargaining Code, which was passed by the House of Representatives last week.

Steven Guilbeault, the Canadian heritage minister, will take charge of shaping a similar piece of legislation, which commentators expect will be revealed within the next few months. The dominance of Big Tech and the lack of formal compensation has been an ongoing concern in the country – last year, Canadian media organisations warned that failing to put such a law in place would result in the loss of 700 journalism jobs. Adopting an Australia-style code would see the sector recover CAD $620m (£348.9m) a year, they said.

The minister has stated that he is currently assessing which model would best suit the Canadian market. Guilbeault, like government ministers from across the globe, condemned Facebook’s decision to bar content from Australian media outlets being shared to their platform, a move that followed through on the tech giant’s threat to withdraw news sharing if the Code became law. Guilbeault was clear, however, that Facebook’s retaliation would not dissuade Ottawa from pursuing similar legislation. “I suspect that soon we will have five, ten, fifteen countries adopting similar rules,” he said, adding “is Facebook going to cut ties with Germany, with France?”

According to University of Toronto professor Megan Boler, who specialises in social media, this news could signal the beginning of the end for Facebook’s largely unchecked power. “We could actually see a coalition, a united front against this monopoly, which could be very powerful,” she said.

Analysis from Poynter has uncovered a number of significant issues with Birdwatch, Twitter’s recently-launched fact-checking initiative. Research into the scheme, which was launched after the social media giant came under fire for their laissez faire attitude towards the posting and sharing of misinformation on the platform, has revealed that it’s currently failing to debunk fake news.

An example cited by the investigation was a tweet published by controversial YouTube personality Tim Pool on 5th February which espoused the lie that the 2020 US presidential election had been rigged. Whilst Twitter flagged the tweet as “a risk of violence”, many Birdwatch users asserted that the tweet was not misleading, despite the claims of election fraud being recognised as spurious. In fact, many rated the notes provided by other users in an attempt to add credibility to the tweet (such as one which miscited a Time Magazine article that refers to an election-fraud conspiracy theory involving a “cabal”) “helpful”, directly undermining Birdwatch’s goal.

Twitter has since adjusted the crowdsourcing fact-checker, including raising the ratings threshold for a note to be considered “helpful”. The findings reiterate concerns over the governance of Big Tech, and fuel scepticism that relying on users to curb misinformation can ever be an effective solution.

Bogus Amazon reviews “being sold in bulk” finds Which?

An investigation from consumer advocacy group Which? has found that fake reviews of products sold on Amazon are “being sold online in bulk”. The inquiry uncovered 10 websites that offer sellers fictitious reviews from as little as £5 each, and encourage internet users to post positive feedback in exchange for money or free items.

The products offered by these illicit sites include “packages” of fake reviews, which are available individually for around £15, as well as bulk-buys ranging from £620 for 50 reviews to £8,000 for 1,000. According to Which?, 5 of the websites have a catalogue of over 700,000 “reviewers”, offering payment, discounts, and even “loyalty schemes” to incentivise them to post fabricated feedback. The sites even provide advice on how to write convincing reviews, and in some instances set out criteria for a reviewer to be eligible for rewards.

Which? head of home products and services Natalie Hitchens has urged the Competition and Markets Authority to investigate the findings as a matter of urgency, saying that the CMA “must crack down on bad actors and hold sites to account” and adding that “Amazon, and other online platforms, must do more to proactively prevent fake reviews infiltrating their sites so that consumers can trust the integrity of their reviews.”

The findings mirror those of a previous examination of Facebook’s marketplace, which also uncovered a cottage industry of artificial reviews. Responding to the revelation, an Amazon spokesperson said the firm “remove[s] fake reviews and take[s] action against anyone involved in abuse.” As one of the leaders in the digital ad space, Amazon will be well advised to make mitigating these brand safety risks a priority.