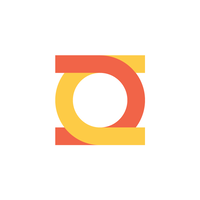 District M & Sharethrough announced their intention to merge on February 9, 2021. With the merger now complete, the two companies are announcing that they will operate under the name Sharethrough as of today. Additionally, Sharethrough benefits from a complete rebrand of its visual identity and website.

Sharethrough now ranks among the world’s top global omnichannel independent ad exchanges, allowing thousands of websites and mobile apps to monetise their advertising inventory through multiple formats and devices, including connected TV. According to an external analysis run by Jounce Media, when measuring ad exchanges by their web reach combined with the directness of their publisher connections, Sharethrough is among the top 3 global ad exchanges.

A New Breed Of Ad Exchange: Sharethrough is committed to bringing a human-centric approach to the programmatic advertising ecosystem and the rest of the web, a service that has been greatly cultivated by Silicon Valley's “Walled Gardens”. With a user-first mindset, Sharethrough has developed a world-class ad exchange that drives higher performance at scale.

“We believe that access to an independent and open internet is critical to maintain a healthy society. To build a sustainable monetisation model to fund the open web, we must build human-centric products that respect the page, and respect the user. And when brands respect people, people respect brands,” says Dan Greenberg, president at Sharethrough USA.

Curt Larson, CPO at Sharethrough USA, adds, “We build our products surrounding the user experience, elevating human-centric advertising to the forefront of everything we do”. With its direct connections to 40k+ premium websites and mobile applications, as well as all major demand-side media buying platforms (DSPs), Sharethrough is well positioned to be one of the most efficient industry players in terms of Supply Path Optimisation (SPO).

“Combining Sharethrough’s strength as a pioneer in native advertising with District M’s display and video technology, our unified business is now a top player in the industry, with a strong vision anchored in respect for the user - including our valued clients. This is an exciting time for us, our customers and the industry. I can’t think of a better way to celebrate this new milestone than with the unveiling of a complete rebrand, which better reflects our new identity and unified vision for the future of our company”, says JF Cote, CEO at Sharethrough.

Sharethrough is one of the top global independent omnichannel ad exchanges. Committed to preserving an open internet with independent and accessible content funded by quality advertising, we are building a sustainable advertising ecosystem for journa...
More about Sharethrough »
Powered by PressBox