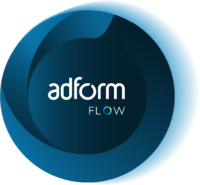 Adform, the only global, independent, and fully integrated advertising platform built for modern marketing, has published data* showing how an overwhelming majority of publishers in key European markets are now passing first-party IDs in the bidstream.

*Percentages are based on Adform’s largest domains that represent 80% of total ad spend. 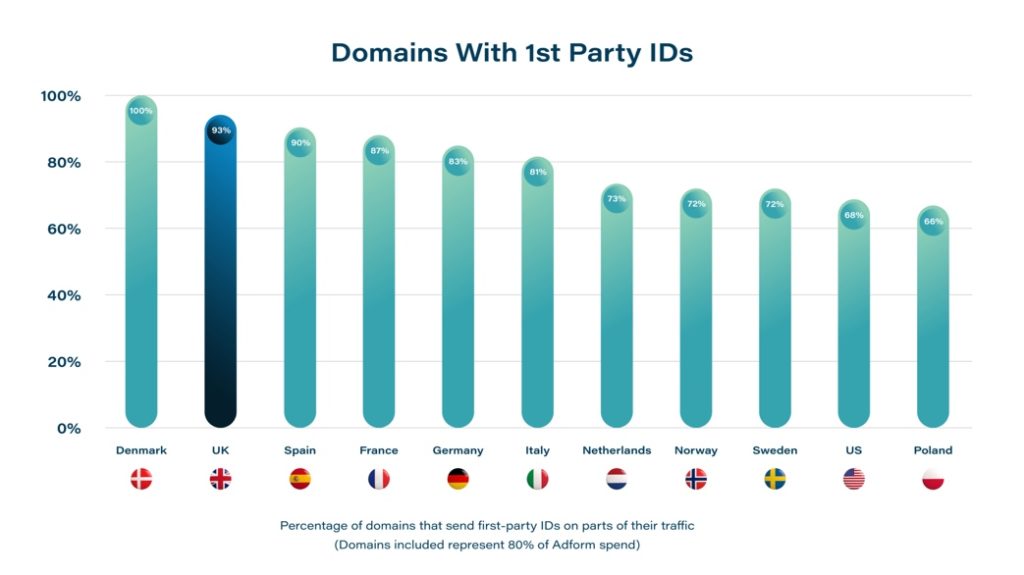 Jakob Bak, co-founder at Adform, shares why this is a crucial milestone: “With very high Safari and Mozilla usage in markets such as the Nordics and Germany, the effect is that we are now close to buying the same amount of impressions based on first-party IDs as we do third-party cookies. We expect first-party IDs to overtake third-party cookies this year. That being said, the take-up rates across other countries vary significantly, and while publishers have proved they are ready, we now need the buy-side to ramp up adoption and we’re calling on CMOs to lead the charge. With the impressive scale now made available by publishers, it is time for brands to start benefiting on Safari and Mozilla while gaining important learnings on how to use first-party publisher IDs instead of third-party data. This is not a straightforward substitution that can wait until the last minute.”

Taking a deep-dive into the data, most publishers who have started sharing first-party IDs with Adform do not do so on 100% of their traffic, and while European publishers have demonstrated success, there are differences between regions. For example, while over 68% of large US publishers are passing first-party IDs, the overall volume of IDs remains below 20% due to it mostly being on smaller parts of their traffic, primarily for the authenticated users.

Bak comments on the findings: “First, there is the source of first-party IDs – in some cases publishers are sharing only log-in based IDs. For example, we see that in the US, log-in based IDs are the most common type of first-party ID. Whereas in Europe, the majority is first-party cookie based, and these scale to much higher volume percentages – potentially 100% of a given publisher’s traffic. Second, there are technical factors holding us back. Not all Supply Side Platforms (SSPs) fully support the passing of first-party IDs through the bidstream to Adform and other platforms. In fact, two major SSPs – Google SSP and Xandr – do not. Fortunately, nine out of 10 publishers use multiple SSPs, so while it is not a huge issue, it does lead to the market variations we are seeing, and this keeps the total percentage down due to publishers not enabling first-party IDs across all their SSP partners.”

While Adform’s latest results strongly indicate that, by 2022, there will be a significantly higher ratio of first-party IDs to third-party party cookies, there’s an urgency for CMOs to help accelerate this change, which is supported by leading global agencies.

David Kaganovsky, global chief technology officer at Wavemaker, comments: “It’s encouraging to know that publishers globally are striving for solutions. Good to see that Europe is leading the way by being ready for the deprecation of third-party cookies and showing real progress with the passing of first-party IDs.  Very impressive. It is also great to see Adform is demonstrating leadership and encouraging results from early adopter publishers.  Adform’s platform is helping to evolve the first-party publisher ID world.”

Miles Pritchard, managing partner at OMD EMEA, echoes the sentiment: “This is exactly what the industry needs to hear – that publishers are successfully passing first-party IDs. Adform is ahead of the game and has been working for years to create a future-proof solution that’s not reliant on third-party cookies, and they have the results to show it works.”

More about Adform »
Powered by PressBox