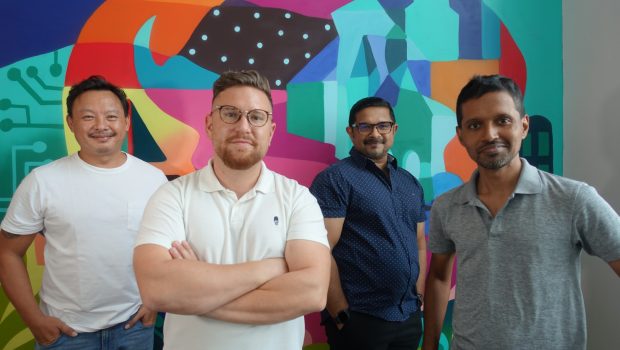 Covid-19 is raising a new generation of digital users. This has fuelled the surge in online services such as the consumption of online media, according to the e-Conomy SEA 2021 report by Google, Temasek and Bain & Company. The report shared more than 80% of internet users in Southeast Asia are satisfied with the digital video services and more than nine in 10 said they will continue using them.

The spike in online viewers have also translated across to programmatic advertising in Advertising-Based Video On Demand (AVOD). Leading video advertising enablement platform, Intelligent Video Solutions (IVS) shared they, too, have seen encouraging numbers. Chief revenue officer Hari Shankar says, “our in-stream marketplace has seen a tremendous trajectory of growth across brands & agencies in the last 18 months. The last 7 months, in particular, have been buoyant due to the bouquet of benefits we have been able to offer to the advertisers; exceptional scale and performance being the hallmarks. The hard work to roll out specific advertising products like first-party interest based data targeting, contextual targeting, et al was also bolstered by aggressive expansion to new markets in SEA.”

Intelligence consulting firm Media Partners Asia said digital advertising contributed to 59% of advertising spend in 2020, even as advertisers pulled back expenditure due to the pandemic in its Asia Pacific Advertising Trends 2021 report.

IVS intend to ride on this growth with their latest fund-raising. The Pre-Series B round, led by Tin Men Capital as well as notable investors such as Vulpes, Kickstart Ventures, and SG Innovate, will extend the platform’s  lead in Indonesia, the Philippines, Malaysia, and Thailand. It will also let the company expand to new  territories in Asia-Pacific, namely Japan and Australia.

The over-subscribed Pre-Series B fund-raise is on the back of tremendous growth where its net revenue grew 537 per cent since its last funding round in February 2019. "We were convinced by the IVS team’s  progress over the past year and see clear paths to fill in the gaps in the AVOD (Advertising-Based  Video on Demand) market across Asia Pacific. This translates to the ability to monetise higher cost per thousand impressions (CPM) for the benefit of IVS’s publisher partners while keeping costs of delivery at around the same levels,” said co-founder of Tin Men Capital, Murli Ravi.

IVS is focused on addressing the different pain points encountered by advertisers outside the walls of the  gardens. To that end, it has worked closely with publishers across the region to increase monetisable inventory for publishers that do not have video capabilities. By stitching ads seamlessly into commercial  breaks in online TV channels, publishers will create an additional powerful revenue stream.

IVS provides publishers with the ability to deliver and optimise their video advertising inventory without  ceding control and customer ownership to third-party video platforms. Working on a pure success-based  business model, the company eradicates cost and traffic cannibalisation barriers for publishers and  broadcasters. IVS currently serves more than 100 million unique visitors with access to over 1 billion  premium video ad impressions per month.

Recently, the company also announced the launch of its in-stream video advertising marketplace in Southeast Asia which gives advertisers a single point-of-access to in-stream video inventory across top tier publishers in the region. Their clients include publishers such as Kompas Gramedia, Kapanlagi, ABS-CBN,  The Manila Times, Mothership, and many more, as well as media agencies such as Publicis, Dentsu, IPG, and brands such as Disney Plus, Netflix and Spotify.

“Tin Men Capital was a great fit for our funding round, given their expertise in media and ad tech. There are  still large untapped opportunities in the AVOD market in Asia Pacific. We remain committed to our business model of aligning incentives between media companies and vendors. This presents a continual challenge  in markets where cost per thousand impressions (CPM) are low while costs of deliver are about the same as those in mature markets such as the United States or Europe.

“This investment will help us increase our lead in Southeast Asia as we enter new territories in Australia  and Japan, and prepare to go global,” adds chief executive officer of IVS Milan Reinartz.