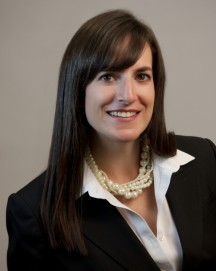 Numerous reports and studies show just how the RTB market is exploding, with IDC estimating that global spending on real-time bidded display ads in 2016 will be $13.9 billion. What’s more, a lot of that research seems to be focusing on the European markets.

For those who are wondering why that is, there’s a reason why real-time bidding across Europe, and especially in the UK, is generating all the big headlines: Unlike a number of other digital disciplines, RTB in the UK and Europe seems to be advancing at a much greater rate than in the US. Although overall spend is of course much higher, we’re simply not seeing US agencies spend the same percentage of budget on RTB in relation to UK agencies.

There are a number of reasons why this is the case – and most of them focus around the two countries’ respective agency environments. In particular, UK agencies have employed a more top-down approach on buying and trading for several years now, which enables them to make decisions and deploy them in a macro fashion. Digital trading teams, and the role of the digital trader in general, are not a new concept across the EU, but they’re just now starting to take fuller shape in the States.

Since UK agencies take this approach, they’re able to make a decision to use RTB for efficient buys on behalf of their clients and are therefore able to gain traction much more quickly.

It also appears to be an inherent characteristic of the market, as it seems to be in UK agencies’ DNA to want to be ahead of the curve. For example, Xaxis is driving cross-screen buying on behalf of clients through a fully-programmatic platform.

UK agencies are also generally more established – it’s a smaller marketplace, admittedly, but this has the added benefit of making it easier for those agencies to spend their money more efficiently across a smaller set of publishers. Trading agreements like this (i.e. agency/publisher), originate back to the first trading desks in 2007-08, predating RTB by several years, and have therefore long been a mainstay of the UK market.

However, as always, agencies are only one side of the equation – publishers are also helping to push the UK and Europe ahead of the US when it comes to real-time bidding. In fact, there are a number of large premium publishers in the US that are hesitant to open inventory to RTB, as they see it as a potential source of conflict to their other sales channels.

In the UK, on the other hand, publishers have always taken a creative approach to packaging and selling their audiences. UK publishers are more willing to use RTB to complement their direct sales of packaged and premium inventory – and many are also industry-leading when it comes to their use of technology. For example, The Guardian was one of the first ’traditional’ publishers to use data and analytics to drive audience segmentation and develop better targeting.

Across the board, it seems that UK publishers have taken the lead in leveraging technology and data strategically for innovative solutions to manage their business, engage with audiences and better satisfy advertisers. So, by taking a creative approach to packaging their audience for both the RTB and direct sales channels, they actually see less conflict and don’t believe that the former will jeopardise the latter.

Of course, RTB has built its success on ensuring the ads seen by consumers are as targeted and relevant as possible, so there is an argument that UK/European consumers are perhaps more discerning – perhaps due to living in a market where digital advertising has been dominated by direct response for over a decade.

There is also the technology layer: UK agencies have quickly adopted and deployed the technology that was initially built by their US brethren and expanded on it by applying it to their pre-existing trade agreements. In fact, there are significant parallels to be drawn, as there was a lot of demand from UK and EU agencies to get their own ad serving tools back at the end of the 1990s – and the trend of agencies using ad serving technology was originally stronger in the UK and Europe than in the US. It would appear that RTB is following the same route.

There’s no question that the RTB market is continuing to expand massively on both sides of the Atlantic and globally. The juggernaut isn’t going to slow down anytime soon. However, there is considerable evidence that UK and European participants are ahead of their US counterparts, thanks to a way of thinking and an approach to online advertising that better suits the RTB model.

Their willingness to sell premium inventory this way, coupled with the digital agency teams, create the combination that allows RTB to grow and prosper. Whereas in the US, publishers are still concerned about RTB and agencies aren’t setup to create premium marketplaces. Most publishers in the States, therefore, don’t feel comfortable about surfacing premium inventory without leaving themselves open to price erosion.

Whether this continues as the market keeps growing, it’s difficult to say; but the EU, and particularly the UK, has seen a co-ordination and openness of private marketplaces that has yet to be adopted across the Atlantic. Unsurprisingly, that means a greater focus on real-time bidding.