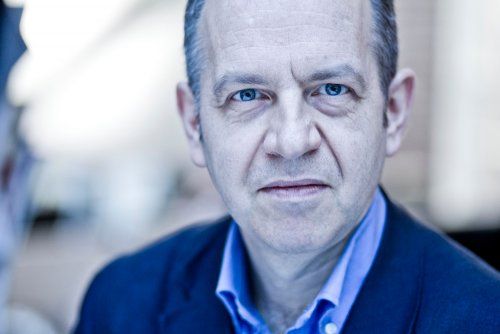 Vincent Potier, Captify, COO, reflects on  how ad tech has helped propel display advertising to become an arguable rival to search advertising, and asks whether programmatic advertising will be dominated by agency trading desks, the internet's big Silicon Valley players, or if third-way players can lead the innovation?

The programmatic buying space is powering digital and radically transforming the media landscape for good. Programmatic is attracting more clients, driving the growth of digital and display, accelerating the migration of dollars, pounds, euros and yen away from traditional media and towards digital.

Now, what will happen next? Predicting the future is not easy. After all who would have predicted five years ago that display advertising would rocket in popularity, transforming it from search’s poor performing cousin, into the best method for achieving ROI online?

Progress is ongoing and consolidation is happening. Most ‘institutional’ stakeholders (agency trading desks, clients…) have caught up or are catching up with the pioneering early entrants.

Given the scale and speed of change, the consolidation and the massive budgets at stake and the rise of large integrated ecosystems (Google, Facebook, Amazon etc) all hoping one day to retain their users and advertisers within their environment, an informed guess would suggest the emergence of massive players which will soon dominate the landscape.

So, are we heading towards a future where programmatic buying will be dominated by agency trading desks, and a few key massive pure-players?

There will be some form of market dominance by the Agency Trading Desks (ATDs) and pure-players mentioned above, but it is unlikely that they will monopolise the market the way it happened with offline media. Let’s consider why.

Firstly, consider consolidation. Acquisitions are often a sign of increasing domination by a few players. Currently, there is movement in the market with several large consolidations taking place such as, Blukai by Oracle and Sociomantic by Dunn Humby, and many more; however this is not a sign of a future oligopoly on programmatic, but rather of the ever-changing dynamics at play in the ad tech sector.

Consolidation is a result of innovation taking place. Consolidation happens because there are new companies worth buying. So, consolidation is part and parcel of the sector, rather than a long-term sign of things to come.

To further the consolidation argument, if one looks at the history of technology, take search for example, consolidation leads to market dominance of just a few when innovation slows down or comes to a halt. However, that assumption is to believe that innovation halts, when in fact it is only displaced to another segment. Innovation never ceases; it is just focussed on another area.

Secondly, looking at the history of traditional media as a guide for what may happen to programmatic is a perilous exercise. Technology has transformed the media world for good. Traditional media was always sold a certain way, because they were aggregated in large volumes.

Offline media trading was a bit like trading in market towns with human interactions and large transactions, regular events with discounts applied because of volume aggregation. Whilst the current programmatic world is more like a stock exchange: an automated process where humans are separated by interfaces, and algorithms dictate activity.

In conclusion, there are fundamental differences between the offline world, and programmatic buying.

Concentration in offline media-buying was a product of scale and market dominance, ability to aggregate very large media volumes as an interface between buyers and sellers, but also dealing with finite inventory versus infinite inventory, panel data versus user-level data…. There are simply way too many differences between programmatic and the traditional media world in order to assume a similar future.

Clients will dictate the future of programmatic

Fundamentally, we believe the future programmatic market landscape will be driven by the clients’ diverse characteristics and needs. Clients are either transactional or not, large or small, international or local, e-merchants or brick and mortar, large media spenders or not.

In the past, these differences in client sizes were addressed through a ‘hierarchy of media’ (TV for the big boys, other media for others, radio or local print accessible to all).

The future is heterogeneous

The nature of programmatic buying is that it can be easily scaled up and down in line with budgets. Unlike traditional TV and print budgets programmatic is open to any and all, creating an open system unlike anything that has gone before it. And more importantly, the constant innovation means the future landscape is more likely to be heterogeneous and changing rather than homogeneous and formulaic.

It’s this openness that will ensure there is no ‘world domination’ by a few global buying-houses and no system of programmatic oligopoly will be allowed to develop.

As a result, both opportunity and competition will be ripe, and we will see a fast-expanding global market where segmentation will be driven by client characteristics and needs.