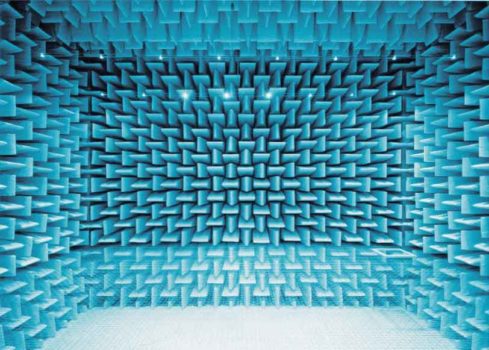 This may shock you, but I actually came across a useful piece of content the other day on LinkedIn. You'll be glad to know it wasn't the usual spammy "top five ways YOU can become a C-level parody by observing a generic listicle of unoriginal thinking" fare.

No, instead it was a piece around consolidation in advertising technology. Now you might also be thinking right now that this is also rather generic. And to be frank, it is.

However, the piece, written by a member of the investment community, made me think about the disconnect that investors and the industry at large have with advertising technology. I mean what exactly is ad tech - and why are we continuing to make it so complicated?

There are few (if any) ad tech firms that can operate without either; taking a cut of impression volume passing through their technology or a taking a position in the media itself.

There are of course exceptions to this rule: such as the DMP and analytics solutions. However, these examples are veering into enterprise marketing tech territory hence, the likes of Salesforce, Adobe and Oracle have made acquisitions.

For the most part our business is bereft of SaaS models (licence only) and this should not be an issue for buyers, sellers or investors.

Many VCs and observers think that ad tech has three specific problems: it's not SaaS-y enough; it is too heavily dependent on the ad network model; and ultimately Google and Facebook will dominate.

These are all valid points but let's address these concerns one by one.

The SaaS argument seems to be one exclusively for the VC echo chamber. There appears to be a predominant opinion that you need a licence business to be somehow attractive to prospective buyers - and that taking a position in media or working on a volume model is a business that does not have any chance of scaling or worse still will struggle to achieve financial longevity.

It is probably worth reminding people that nearly all of the biggest acquisitions in ad tech have been of businesses with a media-centric element.

On the ad network model point, I would argue that this is the only realistic means to build a sustainable ad tech venture - data and tech ultimately has to touch the media in some shape or form to make it a viable financial and scalable option.

Any investor trying to shoehorn an ad tech business into a SaaS model needs to seriously re-examine their portfolio or future investments.

The Google and Facebook argument is plausible - particularly around cross-channel targeting; few can compete. But the thing investors seem to consistently miss is just how big and sprawling digital media really is - and more importantly, why advertising technology is critical for its overall monetisation.

There are a string of new media companies emerging all the time. Two notable examples, SnapChat (mostly through its Discover feature) and Pinterest, are most certainly going to build or acquire ad tech for monetisation.

At their core Google and Facebook are media businesses too. They often operate their ad tech businesses at the bare operating profit or in some cases run a loss. Both will ultimately make their margin on impressions/media sold.

These emerging media business (Snapchat, Pinterest, Line, etc) are going to be in competition for spend with both so it makes sense that they will not use them as a monetisation solution particularly if independent options already exist.

Is this ad tech thing done then? No, of course not. With some sort of consolidation there will come another crop of companies optimised to make these new digital media companies money.

Getting SaaS-y With Mar Tech

It is inevitable that less savvy, domain-specific investors will pass over ad tech and opt to invest money in the fast inflating mar tech bubble. Some subtle - as well as a lot of awkward - pivots are likely to be seen in 2015.

At last year's ATS London, Scott Brinker presented some interesting opinions and data around mar tech and its potential influence on our space.

It seemed pretty outlier at the time but there does seem to be a discernible shift in that direction from some of ad tech's bigger and well-capitalised vendors as they seek the big out.

For instance many of the bigger DSPs are actively not using the term and instead are positioning themselves as some sort of "cross-channel marketing platform".

It is very difficult to make a pivot from a media-based business to SaaS. Rocket Fuel is a good example of this. The company has exclusively built its business on a managed media service.

There is nothing wrong with that of course until you realise that its biggest customer is also its biggest competitor. The holding groups' programmatic solutions are currently eating Rocket Fuel's DR business alive globally.

In an attempt to reduce its exposure to dwindling managed programmatic spend, it acquired X+1 (DMP solution) late last year. Rocket Fuel has rightly tried to combine its own bidder with X+1's data management tech to provide a single view self-serve model. But it's a painful process. Media margins are chunkier than licence fees so revenue is inevitably going to take a hit.

The business structure inevitably has to change too. If your new business model is based on a recurring licence fee, do you really need so many expensive agency sales people. No, is the obvious answer there.

Time will tell whether Rocket Fuel and others can make the transition. It should act as a cautionary tale for other ad tech companies looking to make the move into the SaaS promised land.

It is by no means impossible and at this year's ATS London we will have a session on "preparing your business for the mar tech shift".

So, does this mean we will see an inevitable schism in advertising technology - with the victors being predominantly SaaS-based and the losers being media-margin orientated? I think there will be a realisation particularly among investors that a blended model is likely to emerge.

Licence fees will exist for some solutions but most, particularly at the execution layer, will be media-based revenue. In that scenario there could be some interesting cross over between mar tech and ad tech - with a two-pronged strategy from solution providers doing well in both areas.

If this was a LinkedIn ad tech self-help piece I might conclude my argument with the following: sure, evolve your model and optimise licence-based solutions for marketers; but never forget the fundamentals - ad tech needs media and media needs ad tech.