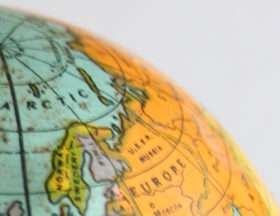 The programmatic sector has seen strong growth in the Nordic markets over the last three years. As the region is set to mature, guaranteed solutions are on the rise, as well as demand for header bidding solutions. An operator in a space where markets are small and people have done business with each other for a long time, Netric find private deals gaining bigger traction in the Nordic markets than in other parts of Europe. ExchangeWire spoke to Daniel Ahlbert, CEO Netric (pictured below), about the Nordics’ specific approach and publisher reactions to programmatic, ad spend, and inventory standardisation.

ExchangeWire: How are Nordic publishers approaching programmatic in their markets? 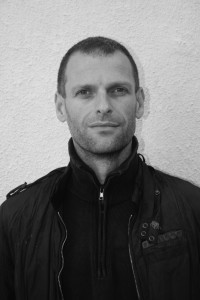 Daniel Ahlbert: How publishers address programmatic varies across the markets, due to historical trading mechanisms and market structure. The Nordic region has always had a large share of the media spend directed to daily newspapers. The printed dailies are still taking a fair portion, about 20% of the total media investment. On the other hand, with a declining share, they’re losing approximately 10-15% per year. With 150 years of successful business, the entire shift to digital is creating enormous pressure on many publishers.

The shift is requiring both change management and understanding on how technology can be accessed to create a healthy revenue channel. Outlining scenarios and solving these challenges is where the Netric team will spend most of our client-facing time over the years to come. It is certainly not an issue exclusive to the Nordics; but its implications are significant for the region when both circulation and media spend take a beating.

A couple of Nordic markets have been dominated by larger players, and to some degree still hold a large share. This has somewhat hampered the growth of programmatic protocols. Denmark would be an example of the opposite; having a more fragmented market where there is less concentration of large media owners. In addition, there is a professional culture of exploring technologies evolving to the fastest growing market in the programmatic area. Still, I would say that the similarities are greater than the differences.

There is also a great knowledge bank of referrals in Rubicon Project. Amongst technology providers, Rubicon Project has probably the longest history of working with the most prominent publishers on a global and local scale where print has, up until quite recently, been the main, or in some cases only, revenue source. We share a lot of learnings with our clients and there is a huge interest and a will to grasp the concept of programmatic.

We have seen a strong increase in our revenue stream the past two to three years – growing more than 150 % year-on-year, last year close to 200 % – which indicates that publishers are making their inventories available through programmatic buys subsequently answering the market demand.

Given the different types of ad units that local premium publishers use on sites, how is the market standardising inventory for programmatic?

This is one of the prime reasons why it has taken a bit longer for the Nordics to utilise programmatic. There was never any enforced conformity on sizing. Large sizes, like 980 x 240, even with heights up to 600 pix, are commonly used and growing. That was far from where most RTB-budgets were placed. RTB standard sizing of 300 x 250 and 728 x 90 was not considered to be able to transmit a message, had low CPMs, and few sites even supported the formats.

Almost all DSPs active in Europe are now supporting most of the formats used in the Nordics and publishers are also adjusting to the standard IABs, where most global budgets are placed. Still, each market has their own unwritten set of standards, which are mutually agreed on from both buyers and sellers.

Multiple access points with several SSPs, at different price levels, add layers of complexity. Operational mistakes and muddiness on the buy-side, where to actually buy the site, are too often eating up the margin it should create. Whilst passbacks and waterfalls used to be standard procedures previously, header bidding solutions are resolving many of those issues. Setting this up in the Nordics is currently an ongoing process.

How much of current digital ad spend is going to programmatic spend?

That’s the bazillion kronor question everyone wants to get a grip on. The spend of display, as in many markets, is in strong growth, some 15 % yearly over the last few years. In absolute numbers, 2015 amounted to some €1.3bn (£1bn) across the Nordics. As of yet, there is no full coverage on programmatic spend for the four countries. Various sources, including Magna Int and IDC project CAGR ranging from 30-50 % over a five year period. The Nordic market would be closely aligned with those numbers.

The majority of Nordic publishers have made large quantities of their inventory available through Open RTB and we mostly see PMPs on premium placements. Publishers often create ‘always-on’-PMPs for their buyers in order to keep better track of who’s buying what. Finland is an exceptional example of trading inventory with mostly PMPs, about 75% of programmatic spend runs on deal IDs.

What about the growth of publisher co-ops in the region? Is this scaled approach likely to help publishers?

There are some good examples, with multiple owners joined in under one account to reach scale. Publisher co-ops in the Nordics usually consist of one big publisher owning multiple sites. Bonnier is a great example, being Sweden’s largest provider of newspapers and magazines. Their different sites have all come together and created a network within Bonnier – Bonnier Ad Network – making all inventory available through one PMP. This not only benefits the publishers, as they are able to increase revenue, but also the buyers. It gives them the option to be able to reach the entire network without having to administrate this any differently than targeting one PMP and, therefore, saving time. Norwegian Amedia, being one of Norway’s largest online media providers, have a similar approach providing both large-scale national PMPs and flexible solutions for local deals.

Are publishers building teams that can leverage tech and their own first-party data?

Definitely! Many publishers are seeing display and mobile budgets shifting over to programmatic continuously. As buyers now ask for a deeper understanding in terms of quality of inventory, as well as where in-tier their ads will be served, publishers understand the importance of having programmatic experts in-house. With the implementation of DMPs, making use of publishers’ first-party data is taking a giant step forward. It took a while, one could say, but all larger media houses are now better staffed and equipped to make use of their targeting capabilities.