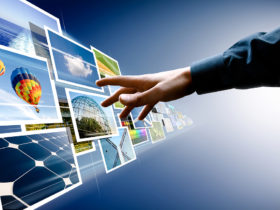 The internet is now visual. Two billion images are being shared on social media every day. How is this affecting traditional advertising? Greg Pritchard (pictured below), SVP business development, GumGum, talks to ExchangeWire about this untapped opportunity, and that publishers need to establish how to successfully monetise it.

ExchangeWire: What is meant by the ‘visual web’?

Greg Pritchard: The ‘visual web’ is a term that was originally coined to refer to a lot of the social online content platforms that had cropped up over the last few years and have grown in popularity, such as Instagram, Snapchat, and Pinterest. It also refers to content being produced and consumed editorially. Business Insider and Buzzfeed are great examples of online publications that create a lot of content in image form – snackable content that is very focused on images, which is becoming the norm in social media and editorial.

Do publishers and advertisers understand the visual web in the same way?

It is not something you hear a lot of people talking about. In a study carried out by GumGum and Brand Innovators, only 18% of respondents said they were very familiar with the term ‘visual web’. Advertisers are certainly savvy to the fact that consumers are very focused on images. Images hold special power to capture users’ attention, particular with a younger, millennial audience. Publishers understand that they need to come up with a practical solution to generate engagement. Consumers have short attention spans, so visual-centric content is a great way to get consumers to spend more time on site, as images are addictive. They won’t read long-form articles, and publishers are starting to realise that, but they have yet to adapt and establish how to monetise this type of content successfully.

How has the visual web changed our consumption of media?

What’s changed is that we all carry a device in our pocket that is capable of taking and publishing images in real time. We are constantly sending and receiving images among friends and family and within our wider networks on Facebook, Twitter, etc., and this becomes the dominant way of creating, sharing and consuming content. Tweets with images are retweeted 150% more often than text based tweets and there are 93 million selfies taken each day. We often even choose images over words to communicate. The human brain can process images 60,000 times faster than words and the average attention span is only eight seconds. There is so much information to process every minute, and we are generally processing this information on smaller screens, which inherently lends itself to consuming imagery – it’s much quicker to absorb what’s going on. Images make sense experientially where people are on their phones, on the go. It’s self perpetuating; we, as consumers, are publishing and consuming more imagery and publishers and advertisers are tailoring their content to be delivered in that way. 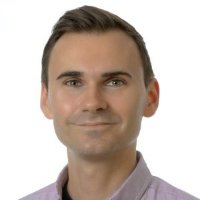 Traditional ad formats don’t get a lot of love from advertisers in terms of where they’re looking to invest their dollars. I think there is a risk to the industry if traditional ad formats are perceived to be the only option for branded content distribution. Advertising works when it is in line with relevant content that users see and actively engage with. When you’re reading a magazine or watching TV, the ads are right in line with the content you’re consuming and they’re difficult to ignore, because they’re related to that content. The internet is different; there is a clear delineation for the consumer to understand where the ad is versus the content. Until recently, anyway. Looking at performance metrics driven by native image advertising, it’s proven to work. However, unlike the scalability of traditional ad formats, it’s a huge amount of work to create new and unique experiences for each and every platform. Scalability is where an untapped opportunity lies.

How can the visual web help with current challenges and threats, such as viewability or ad blocking?

The visual web is making consumers think about the relationship between content and advertising in a more integrated way. A couple of notable online publications do this very well; creating image-based lists that are engaging and easy to consume, but are brought to you by major brands – as such, they feel indistinguishable from the editorial content you’re consuming. Engaging consumers in the space they are actively focused on viewing. The ads are inherently viewable; the visual web lends itself well to that.

Ad blocking is definitely top of mind for people across all facets of the ad industry at the moment. The research shows that consumers are blocking ads because they use too much data. If consumers have a data plan, they are paying for data to load ads onto their devices, that they don’t want to see in the first place. Native image advertising on the visual web is seamless; there are no load times or publisher tags firing. There are too many ads of low value. Publishers need to pull back on the number of ad units on the page and bring the focus back to creating a view for an advertiser that is creating real value.

Is native imagery the core way we are consuming media now?

The term ‘native’ gets used in a lot of different ways, but if we define it as an integrated advertising experience, in line with the content, we can agree that it is a better user experience when we are consuming content on a smaller device, such as a mobile or tablet screen. It’s not different from how traditional advertising was done. Ads in magazines are the best form of native advertising. Look at any lifestyle, fashion, or enthusiast magazine – the ads are just as good as the content and are just as much a part of the experience. They are relevant to what you’re interested in. If I’m reading an article about politics on an online news site and getting retargeted with a can opener that I already purchased three days ago, it’s no wonder that many consumers are at least considering ad blockers. I am in favour of regulation. It is important to protect consumers; they should understand whether what they are looking at is advertising, but that delineation between ad and content is no longer required.

In which direction is the future of the visual web heading?

It’s interesting. People are starting to make content for the Oculus Rift platform. Is that the visual web? I don’t know, but it goes to show the way we will be experiencing and consuming content in the next few years will be extremely different. At some point there will be content consumption and advertising in your car; how do you ad block that? We are getting away from experiences of reading an article or watching a TV programme and moving towards experiences that are more user generated and interactive. There is so much content being created and it is all being consumed extremely quickly. The model for how content is created is not going anywhere, it will just continue to migrate to new, emerging platforms.