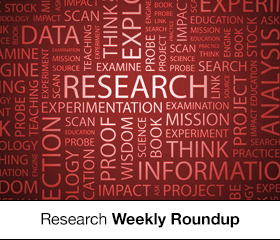 Mid-roll video ads increased by 24%, growing from 19% of all video ads in February 2015 to 33% in April 2016, according to research conducted by Ooyala. The emergence and growth of mid-roll video ads has detracted from pre-roll ads, which have been the long-time leader in video ad formats.

Pre-roll ads are still the most dominant format, dropping from their perch of 75% of all ads in March 2015 to 60% in April 2016. Pre-roll abandonment is now five times more likely than mid-roll abandonment because, with mid-roll ads, viewers are already invested in the content. What’s more, mid-roll video ads feel like traditional TV ads to audiences, and viewers are accustomed to seeing such ads and will habitually watch through to completion.

The average ad-completion rate for pre-roll is 78%, compared to 90% for mid-roll. What’s more, year-on-year impression growth was only 14% for pre-roll, while growth of mid-roll video ads stood at 110%.

The findings also look at the development of post-roll advertisements. These represent a minor portion of total ads for premium content providers. However, there was a bump in growth from 3.5% to 7% of all video ads. The issue is that post-roll ads show when viewers have completed their engagement with the content and are not incentivised to continue watching.

The study suggests almost three-quarters (£1.99bn) of total programmatic display ad spending will go towards mobile inventory this year (2016). That proportion will reach a staggering 82% by 2018, when mobile will account for £3.20bn in spending.

Programmatic video will remain slightly behind the curve – just 51% of digital video inventory will be traded programmatically this year. The research suggests this is due to the lack of premium inventory currently available.

FMCG goods dominated mobile impressions this quarter (Q2 2016), according to Celtra’s Q2 Mobile Ad Performance Report. Out of all requested Q2 2016 campaigns, FMCG impressions accounted for 18.3% of the available inventory. Retail came in at 12.7%, food and beverage at 11.1%, and automotive 10.3%.