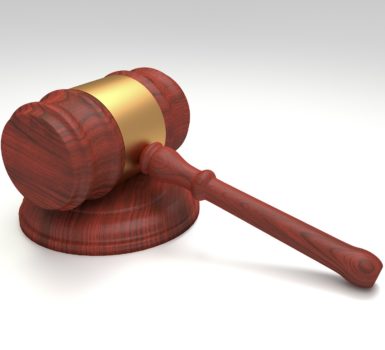 Given the frequency of panel discussions and industry articles on the topic, you could be forgiven for thinking header bidding has just been tipped to be the next big thing in ad tech. However, the reality is that this is a term which has been around since 2014. This edition of ExchangeWire’s Now & Next dives into why header bidding was deemed necessary, if it is still relevant, and whether or not ad tech’s favourite buzzword has a future in the industry.

A world before header bidding

Broadly speaking, header bidding is a publisher monetisation tool, which has been a success because it sought to tackle two key issues which were depriving publishers of online advertising revenue:

Waterfalling: The basic premise of header bidding is that publishers can offer their inventory to multiple exchanges or SSPs at the same time. This means that all bids are considered, and compete against each other, simultaneously, with the highest bid winning the impression. In the past, a waterfall approach to selling inventory would mean that publishers could only offer impressions to exchanges or SSPs one at a time. If the impression didn’t sell at their first choice exchange or SSP, it would go to the second choice, at a discounted price. This often resulted in inventory being sold for pittance.

Google’s monopoly: Header bidding can also be seen as a protest to Google’s process of dynamic allocation. This sees Google’s ad server (DoubleClick for Publishers) syphon off the best impressions, and offer them exclusively to their own exchange (AdX), if the buyers on AdX can beat the average rate paid by the previous exchange. In some cases, this may see the publisher get a slightly higher price, but there is also a chance that the inventory would have been sold for far more than the average rate. Thanks to dynamic allocation, the publishers never know which is the higher bid, and could again be leaving money on the table.

If the aim of adopting header bidding was to boost monetisation of their website, then publishers are succeeding. Those who have implemented the tool have seen a boost in CPMs of up to 50%, and the days of waterfalling are numbered.

Unfortunately, as with everything that seems too good to be true, there are downsides to header bidding. The biggest of these is the latency experienced on the pages of publishers that implement the technology. Wrapper solutions, which enable publishers to add more header bidding partners to their page, made setting up header bidding easier, but the more partners in the wrapper, the slower the pages would load. This effectively means that publishers have to choose between adding new demand sources, and increasing their yields, or maintaining a positive user experience.

Enter server-side header bidding. Here, rather than sitting in the browser, the wrapper sits in a third-party server, meaning the server, rather than the browser, sends the ad calls and receives the bids. Taking the strain off the publisher’s browser helps keep standard load times, while allowing them to open up their inventory to more demand sources.

However, even moving the process to a third-party server doesn’t make header bidding the silver bullet for publishers. With browser-side header bidding, the header makes ad calls from the browser, which stores cookies, to programmatic demand partners. This enables advertisers and publishers to verify user identity, and buy the ads knowing who they are targeting. However, with the process taking place in a third-party server, the cookies become harder to sync. Programmatic buyers are obviously less likely to buy inventory if they don’t know who they are putting their ads in front of, meaning that server-side header bidding can damage a publisher’s ability to monetise.

Given the different issues faced by browser-side and server-side header bidding, the best practice moving forward will be a hybrid model. This will incorporate finding an optimum amount of demand partners called from the browser to boost cookie matching, though with the majority called from a separate server in order to address latency troubles.

Once publishers have found the right balance for them, the next couple of years will see header bidding become more established across mobile and video. These are the natural channels of expansion for header bidding, with nearly 80% of programmatic ad spend in the US going to mobile ads by 2019, and 77% of all US digital video ad dollars moving programmatically by the same date. As publishers look to take advantage of the amount of time consumers spend on their phones, and the higher engagement driven by video ads in comparison to banner ads, header bidding will become a requirement on these channels.

As header bidding came about as a reaction to the biased relationship between Google’s ad server and exchange (DFP and AdX) the future of header bidding may also rest on the tech giant’s response to the phenomenon.

Google’s answer has been to open up dynamic allocation. This means that exchanges other than AdX, which still use DFP (as almost every publisher does), are also able to bid on the best impressions, rather than fighting over the remaining scraps of inventory. This means greater price transparency around inventory, and when first announced prompted headlines asking if this was the end of header bidding.

However, with companies developing their own server-side solutions for header bidding, it seems unlikely this will have the impact we first expected. Open dynamic allocation, though it has the right principles, is still in the process of partnering with outside exchanges, meaning from the perspective of price competition, publishers will favour header bidding. It also doesn’t facilitate the use of PMPs or deal IDs, which many publishers rely on to tap into high-quality inventory.

It certainly looks as though header bidding is here to stay. If publishers can develop a model that makes the most of browser- and server-side characteristics, and which can be implemented across new channels and formats, the possibilities for publisher monetisation will continue to grow.