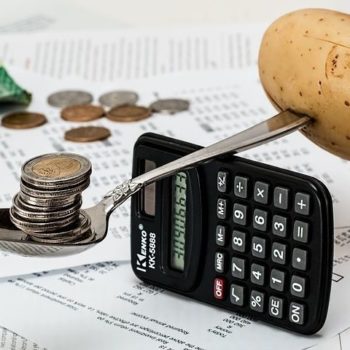 Programmatic budgets are expected to rise by 11%, to make up 28% of total digital media investment in 2017/18, according to The Future of Programmatic, published by the World Federation of Advertisers (WFA), published last Friday (9 February).

Major multinationals have continued to increase ad spend via programmatic channels, despite widely publicised concerns about brand safety and transparency. Mobile (up for 87% of respondents) and video (up for 68%) are due to benefit from increased investment. There will also be additional focus on new programmatic channels such as ‘advanced TV’ and digital OOH (77% will increase spend in these areas).

Data transparency is also moving up the agenda, with 62% reporting that addressing segment mark-ups and data arbitrage is a major priority for 2018, up from 14% in 2017.

With GDPR due to come into force on 25 May, it’s unsurprising that 83% of respondents see compliance as a priority for 2018. Only 10% say they have already ensured their programmatic activity is fit for purpose post GDPR. Just 7% of respondents have a robust multi-touch attribution model at the moment, but this is a key priority for 2018, with 69% saying they are focusing on this issue.

Although ‘walled gardens’ have been a big focus in 2017, two-thirds of advertisers are looking for further changes with walled gardens this year, as they remain an issue and concern. Only 10% believe they have already addressed walled garden and data access issues and 66% see it as a priority.

ExchangeWire spoke to some of the online advertising industry’s top thought leaders about what the latest report means:

Richard Ottoy, commercial director, OpenX, commented on the positive implications this report has for the programmatic industry. He says that “brands and marketers have made their expectations clear when it comes to having a full view of the entire media supply chain and how their ad dollars are being spent. Quality, openness, and trust have been at the forefront of the conversation for the past year and are now non-negotiable requirements for building lasting relationships across the programmatic industry.

“Encouragingly, the WFA report shows tech providers are already responding to this demand with 45% of marketers believing they have a fully open relationship with their programmatic partners. Marketers are seeing this distinction between good actors and those who profit from fraud, waste, and abuse of the system. But, even though progress has been made, it’s time for every marketer to see quality as a choice.”

Ruth Zohrer, head of connections planning & marketing technology, Mindshare UK, agrees that there are encouraging signs for the programmatic industry: “Despite the many headlines and related reputational challenges, 2017 was a good year for programmatic marketing: as evidenced by the report, the appetite for growth is not only there, but is making its way into other media (such as TV and OOH). I’d like to believe that, as an industry, we’ve taken our medicine and are entering a more mature phase. Initiatives like ads.txt and ads.cert have focused our efforts on cleaning up the supply chain by offering greater confidence and transparency in accessing inventory. Carefully curated, monitored, and verified marketplaces, such as UnrulyX’s video offering or our own GroupM supply marketplace, are swinging the pendulum back to quality after a long excursus in the scale and volume side. Context is making a comeback as the perfect balance to granular audience targeting capabilities that captured much of our imagination (and budgets) in previous years. Seems appropriate in the year of GDPR.”

Despite programmatic coming under fire in 2017, Chris Dobson, CEO, The Exchange Lab, comments that it was not all warranted. He says: "from our experience, the 11% reported increase sounds conservative. Programmatic is an emergent industry and we’re seeing significant numbers of marketers embracing the technology as the future of media trading, especially with the rise of new formats such as addressable TV and digital OOH.

"2017 saw substantial criticism levelled at programmatic as it became the scapegoat for the brand-safety and transparency furore, yet programmatic itself is not to blame for these issues. Of course unscrupulous vendors exist, but to tarnish the entire programmatic industry on the basis of a few is illogical, and the reported increase in programmatic is demonstration enough of its value. Brands still questioning the effectiveness of programmatic need to question the practitioners pulling the levers. Deployed correctly, programmatic is the most efficient and effective way of advertising, and it will soon supersede other forms of advertising altogether.”

Transparency will remain at the heart of the industry

“It’s encouraging that the industry has taken on board calls for greater transparency with programmatic partners, as it continues to play a vital role in digital advertising. Despite brand-safety concerns in 2017, which saw programmatic take the brunt of the blame, we actually saw a boost in programmatic native due to its ability to blend seamlessly with publisher content.”

Amit Dar, strategic partnerships lead, Taptica, feels that transparency must remain a key focus: “Whilst it’s encouraging to see that marketers are still spending on programmatic, the onus is on the ad tech industry to educate and improve the relationships with brands and partners to continue rebuilding trust and transparency. Ad fraud – or any malicious attempts at manipulating digital traffic – is a top concern; and it’s no surprise given that it could cost brands up to USD$16.4bn (£11.78bn) this year. Tackling the issues requires collaboration and a clear channel of communication along every step of the process, from the media buy to ensuring the use of data for targeting is transparent, and providing clients with real-time information about their campaigns.

“Like any industry, there are inevitably some who will take advantage, but we need to increase the number of transparent marketer-programmatic relationships from just 45% that it’s at now, to 100%. New legislative changes like GDPR will help this process along, but it’s important that, as programmatic budgets expand, we continue to deliver transformative work for clients and stamp out opacity.”

In a search for greater transparency, Adam Singolda, founder & CEO, Taboola, notes that “marketers are seeking alternatives to the walled gardens of search and social as a way to diversify their spend and improve their access to data. The growth in programmatic budgets illustrates the important role the open web plays in digital spending today and I’m optimistic about the future. Video, in particular, is impactful across devices and unparalleled in its ability to engage consumers, especially in a mobile format, which is where most of consumer attention is. Brands are seeking new ways to reach consumers with authentic storytelling – in environments that are brand-safe and with partners that are transparent. I think the data the WFA released is important, as it shows that users are very engaged with the open web and budgets will follow. I think it also raises important concerns advertisers have as we look into GDPR and other topics ahead of us”.

With the findings showing DOOH as a big growth area for programmatic, Spencer Berwin, co-CEO, JCDecaux, says that: “It’s hugely positive to see a large percentage of marketers at major companies planning to spend more this year on automated channels within brand-first media – such as digital out-of-home and addressable TV. These two channels are proven to deliver the largest brand effect – and out-of-home in particular has doubled its effectiveness in recent years as digital penetration has increased. Digital out-of-home is now in a position to offer the best of both worlds to marketers by delivering digital effectiveness, brand safety, and fame with full accountability and transparency.”

Matt Teeman, managing director, Primesight, agrees with this sentiment. He says: “It’s very encouraging to see that the vast majority of marketers are looking to increase their spend on new programmatic channels such as digital out-of-home. Alongside the rest of our peers in the OOH industry, we’re investing in making automation a reality and, ultimately, allowing marketers to buy our inventory more easily and in a similar way that they buy online.

“We’ve already seen huge strides in this area as the industry begins to trade in audience impressions to drive greater value for clients and to increase the number of brands using it. As this develops, we’re confident that marketers will see digital OOH as another digital channel and not just an outdoor screen.”

Graeme Hutcheson, director of digital & sky adsmart, Sky Media, feels that “2018 is set to be the significant step forward for addressable TV, with every market player investigating how addressable could work for them and their clients. Addressable TV builds on the brand-safe, trusted, and unrivalled effectiveness of TV, combined with greater targeting ability. Knowing that any investment in TV means your ad is being seen by a real person, at full screen, means you can be sure every pound spent counts. Ultimately, TV pays back brands in ROI and credibility – from the 10,000 campaigns we’ve run via Sky AdSmart we’ve seen how businesses of all shapes and sizes are benefitting from the brand-building power of TV – from large national retailers down to small/local business that never thought TV was within their reach".

The role of the human in programmatic

James Cragg, managing director, Tug London, highlights that, "growth in programmatic investment is not necessarily a reflection on the increasing budgets of most advertisers, but in the percentage of media that is able to be purchased programmatically – for example, via programmatic guaranteed and digital OOH. However, the issues raised by advertisers in the report (such as brand safety and transparency) suggest that, whilst confidence in tech-based buying is rising, what advertisers really want is an honest and trustworthy human devising the strategy and manning the controls. It’s this model of cutting-edge tech, combined with human insight, that will encourage further investment in the programmatic model”.