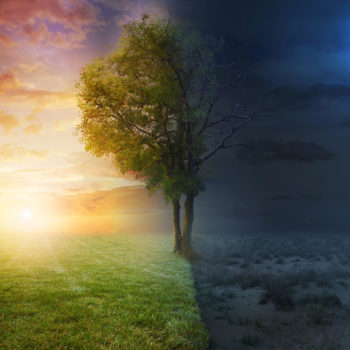 After months of speculation about how GDPR will change programmatic, the deadline for compliance has finally come (and gone). The Media and Marketing Privacy summit, which took place just before the deadline (22 May) made a few final predictions about the how the regulation will affect the buy- and sell-side, how to build a consenting audience, and how programmatic businesses will have to adapt in a GDPR world.

Even though not everyone has their house in order, GDPR isn’t going to kill programmatic – though it may kill some companies. A lot of legal teams have been so focused on making sure they are internally compliant, that they haven’t checked as much on the platforms they are working with; and how the buy- and sell-side are handling the regulations is crucial.

Those on the sell-side know that if they don’t have a mechanism in place, they aren’t going to get any business. Having said this, the 'Has GDPR killed programmatic?' panel agreed that, on the whole, it’s a good time to be a premium publisher. As long as you have a clear offering of high-quality content to give your users, consent rates will be higher for those advertisers.

As advertisers realise this, we will begin to see alliances forged between buyers and publishers, as the former realise it is the latter who has the best control of their audience.

There have been some serious questions raised around how DSPs will work once GDPR kicks in, as the number of platforms they work with means it can be hard to figure out how compliant each DSP is.

Combine this with the issue of there be enough supply that advertisers will still want once GDPR is in place (especially if the impressions available aren’t consent-rich) and the GDPR kicks up more problems for advertisers than it does for publishers.

Publishers’ quality content means they have a clear value exchange with the consumer for their data. However, the challenge for advertisers lies in finding this value exchange, as consumers who are becoming more conscious around how their data is used (the Cambridge Analytica/Facebook scandal acting as a catalyst for this), are unlikely to offer up their data for more personalised adverts.

So, how will GDPR change how advertisers operate? Well, buyers still want to use methods like retargeting. There is a reason 1-5% of people convert – the best conversion rate after search – and, even if it annoys the other 95%, the success of retargeting in driving sales means it will live on. However, although data-driven advertising isn’t going to go away, it will take time to get back to where we were pre-GDPR, as consent lists continue to be built.

We are going to arrive at a stage where we target a pool of users who realise why they’re being targeted. The only question is, will enough people give consent to make this possible, or will that be a minority activity?

GDPR is leading to a lot of messaging and standardisation. This means people are being uniformly educated about the use of their data, whether they like it or not. If this is understandable, people are more likely to opt-in, so let people understand what their rights are, what the rules are, and what businesses are allowed to do.

But just emailing consumers and telling them how you plan to use their data doesn’t guarantee high consent rates; and privacy policies are designed to cover businesses, rather than show clarity to customers. This is something which will need to change, as consumers are much more likely to share their information if they are clearly presented with a benefit for doing so.

Every consumer has rights. If they wouldn’t expect their data to be used in a particular way, then you need to open a dialogue to ask them if you can use their data in that way.

This is all easier said than done though. Publishers are already getting GDPR fatigue, and are therefore planning to use a consent management platform (CMP). With vendors giving away such tools for free, and their ease of use and implementation, publishers are adopting these off-the-shelf solutions.

Unfortunately, this is making it no easier to gain consent, only less time-consuming. However, the panel did suggest a means to gaining higher consent rates. As a sole-publisher can find it hard to prove value by themselves, due to consumers being inundated with requests for consent, it was recommended that high-quality publishers form an alliance. A group such as this, which outlines clearly how they would use consumer data, and the standards they will adhere to, would see higher consent rates.

So, what does the future hold? Justin Taylor, MD, UK, Teads, who gave the closing keynote, says that, while we are going to be going back to some old school planning principles, there is also going to be innovation in the industry.

There needs to be work done to make ads that are seamless, and that engage rather than enrage. Using signals such as context and intent, combined with a consenting audience built up over time, will help deliver this goal.

The vast majority (95%) of CMOs have overhauled, or are in the process of overhauling, their digital strategy; and GDPR is just one aspect causing this trend. Taylor noted that we are “at an inflection point of real change”, and adapting to GDPR, and building a consenting audience, will be a key differentiator between those who survive this change, and those who do not.