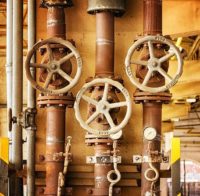 The programmatic supply chain has been under intense scrutiny in recent months, with increasing calls for reform from across the industry. Christiana Cacciapuoti (pictured below), executive director at non-profit ad consortium AdLedger, writes about the pervasive issues within the programmatic ecosystem, and explains why now, more than ever, the industry must commit to solving these problems.

With the Upfronts upended, economic uncertainty and brand safety concerns pushing down ad budgets, the deprecation of the cookie, and the introduction of consumer privacy legislation, it’s safe to say that advertising is in for some big changes. The future is likely to include increased automation to handle all these new demands, but can today’s programmatic pipes handle it?

In 2019, USD $23 billion (£18.3) was lost to ad fraud - a number that continues to climb. Industry behemoths like Facebook and Google have lost billions of dollars to data privacy fines. The cookie, our main mechanism for understanding consumers well enough to target them with relevant messages and arguably the lifeblood of our industry, is going away with no replacement in sight. And with Upfront spending expected to fall 33% this year, these same programmatic pipes will deliver record amounts of television inventory, allowing the same problems to threaten the $70 billion TV industry on a much greater scale than the USD $1.4 (£1.1) billion lost to fraud in OTT last year.

Yet for years, we have taken a backseat approach, throwing band-aid solutions at an overly complex and often inadequate infrastructure, hoping for a miracle. Now is the time to take the necessary steps to fix the programmatic pipes.

How open is too open? 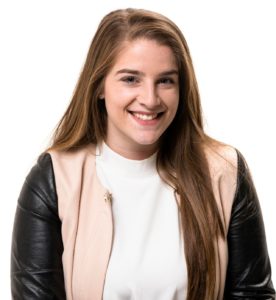 Open source technology is critical to every industry, and advertising is no different. These toolsets serve as a common language with which disparate systems can communicate, providing the building blocks for innovation. You interact with open source protocols every day, every time you use GPS to get directions or make a purchase online.

OpenRTB is digital advertising’s most important open source protocol, serving as the backbone of the programmatic ecosystem for a decade. In many ways it represents incredible innovation -- many parties can work together to deliver the same impression, hundreds of thousands of requests can be ingested each second and responses can be formed in mere milliseconds.

However, as with any innovation, there are drawbacks. In OpenRTB’s case, there are some undeniable problems at the core infrastructure level. The first, most widely known problem is that OpenRTB is “thin protocol.” Union Square Ventures coined the term to describe protocols that don’t have much functionality, requiring a robust application layer to function. This application layer is made up of lots of companies - usually start-ups -- each performing a portion of a task and removing a disproportionately large amount of value for their contribution. Sound familiar?

The second, less discussed, and arguably much larger problem is that OpenRTB is a bit too open. We don’t have adequate infrastructure in place to validate the identities of those with whom we are transacting and almost anyone can “listen” to the bid stream to get valuable data including device IDs, IP addresses, location, and more.

These underlying problems are the root of many of the industry’s hot button issues such as fraud, data privacy, and media efficiency.

Other industries quietly solved many of these issues years ago using open source protocols that incorporate cryptography. E-commerce, an industry adjacent to advertising where US consumers spent $601.75 billion in 2019, is the perfect example.

When you shop on Amazon, you don’t pause to wonder if you are shopping on the real Amazon or some sort of imposter. When you type in your credit card data to make a purchase, you don’t worry about this sensitive information being stolen from the browser.

Cryptography is the reason for your peace of mind in these scenarios, and a major reason the internet gained such mass adoption in such a short time. If we didn’t trust that we knew the people and companies we were interacting with, and that our sensitive data would be kept safe, we wouldn’t have started to use it. This same technology can be lifted and shifted fairly easily into advertising, solving for issues like domain spoofing overnight, and creating the framework for a future that successfully marries consumer privacy and advertiser profitability in truly innovative ways.

Sure, this is a weird time for the advertising industry, but it will recover. And when it recovers, brands are going to be focused on stretching every dollar. The only way to do that is by redefining the current OpenRTB infrastructure and optimising it for a future that relies more heavily on automation to solve for our biggest problems. It’s going to take a variety of innovative technologies like cryptography and blockchain, and it’s going to take collaboration from key industry stakeholders across the supply chain. But the time for change is now.