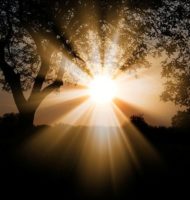 Times are changing for digital advertising - after a series of scandals and investigations, regulators and consumers are more conscious than ever of the power of personal data. Advertisers have already been gearing up to deal with impending changes to the industry's infrastructure, with many looking into first-party data and other solutions to target audiences in a post-cookie world. But there is another element to this and other transformations, and that is the opportunity they grant the industry to instil much needed trust in consumers. Raphael Rodier, chief revenue officer international at Ogury (pictured below), writes about how digital advertising has for too long put results before users, and how reversing this will see a new dawn for the industry.

The dawn of digital advertising has led to a short-term race for performance and ROI that neglects user choice. The consequences are a widespread mistrust among users that begs for the creation of a new trusted and valued digital advertising ecosystem.

In October 1994, the first digital banner was placed online on HotWired (now known as Wired). For marketers, this event indicated the beginning of a new era as digital advertising that has slowly shaped into what we know today. The following decades attracted thousands of advertisers online, where users had access to an infinite amount of (supposedly) free content.

The gradual shift from traditional media buying to online advertising sped up considerably with the launch of the first iPhone in 2007. Apple’s arrival into the mobile market sparked the beginning of a new form of advertising that allows the marketers to target and engage hyper-connected users on their most personal device.

This era of advertising permitted marketers to measure the performances of their campaigns to an extent that was previously impossible. Everything became measurable, leading to return on investment to become the focal point for advertisers.

A race for performance

This relentless quest for performance has relied on short-term approaches that measure the number of clicks rather than the quality of the engagement with the user. This approach, that has spanned the past decade, has been detrimental to brands that have heavily invested in advertising campaigns. Yet the most negatively impacted by this short-sighted approach has been the users, who have been bombarded with intrusive advertising and have had their personal data collected without necessarily granting their consent.

How can one expect users to appreciate a website that collects data without their permission? Or think that users will engage with a brand that uses data collected without consent? The obsession with short-term strategies has led digital advertising to neglect the users behind every one of the clicks they count, and consumers are no longer passively accepting this.

The awakening of users 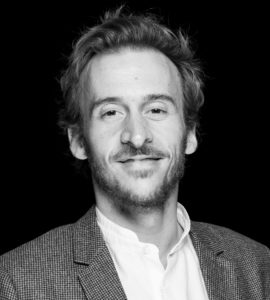 User distrust has finally caught up with brands and publishers. Consumers are now more aware than ever that the content they find online is not truly free, but is paid for with their data - and they are fully conscious that this value exchange was never made explicitly clear to them. Consumers are increasingly realising the power to monetise their data is in their hands. The success of The Great Hack documentary on Netflix is proof of consumers’ growing interest in data malpractices.

Digital advertising as a whole is not perfect, but in this instance, it is the one-sided logic that powers it that needs to be more closely scrutinised. The current model is opaque, and must be revised to create a relationship built on trust between the consumers, publishers and advertisers. Unless this action is taken, brands will remain at risk of alienating their audiences and ruining their reputation.

User choice as the new paradigm

This opaque digital advertising ecosystem has required lawmakers to intervene, with the European Union’s GDPR (General Data Protection Regulation) and the California Consumer Privacy Act (CCPA) introduced in response to violations related to the use of personal data. These laws have not only tightened regulation on the digital industry, but have also made users more aware of the value of their data. Whilst consumers knowledge is not universal, there has been a noticeable growth in the number of consumers expressing a strong interest in learning more. Consumers are increasingly looking to make informed choices about whether or not to share their data.

This new awareness, entrenched by new laws, isn’t a roadblock for the industry, however – rather, it is the key to a new digital advertising system based on user traceable and trustworthy consent. This concept of chosen advertising goes beyond GDPR and consent collection – it gives consumers control over their advertising experience, from what ads they see, to the format they see them. Evolving from the old ways also means rejecting intrusive ad formats, removing them from the online journeys of those users who seek above all to avoid them. Putting control over their ad and data preferences in the hands of users throughout the entirety of the advertising chain is the only way to ensure that they no longer receive undesired advertising.

The race for clicks and amassing data without consent have stirred consumers to feel a deep sense of distrust towards digital advertising. Users are more conscious than ever of the mechanisms behind digital advertising, and are no longer willing to remain ignorant to how their data is being collected and used. We must, therefore, give users back control over their advertising experience. To do this, the industry needs to start talking about choice-driven advertising with a user-first approach. This paradigm shift will lead the way to a new golden age of digital advertising.