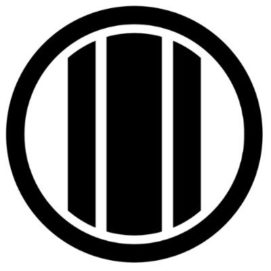 White Ops, the global leader in collective protection against sophisticated bot attacks and fraud, is expanding into the UK following a highly successful funding round in May by Goldman Sachs Merchant Banking Division and ClearSky Security. White Ops protects customers globally from malicious bot activity and is experienced in dismantling precedent-setting botnets. These sophisticated bots—orchestrated by bad actors—are responsible for fraud worth $5.8 billion a year stolen from worldwide companies, with Britain ranking 14th in the world for ad fraud.

The New York-headquartered company currently employs a team of 150, has offices in six countries to support customers globally, and verifies the humanity of more than 10 trillion digital interactions per week. White Ops is now developing and expanding their presence in London to serve customers in the UK and hire the incredible tech talent the country’s capital boasts.

Commenting on the expansion, Tamer Hassan, CEO and co-founder of White Ops, says, “Expanding across the pond was a strategic goal for us after identifying the incredible opportunity for company growth and to hire the incredible humans the UK has to offer. This was an ideal moment to use our recent funding to expand into the UK market and tap into one of the world’s tech hotbeds. I’m excited to see White Ops grow here.”

Already working with global tech platforms including MediaMath and The Trade Desk, White Ops’ expansion into the UK has allowed the organisation to build a localised team. Their focus is on educating brands and advertisers on how to best protect against marketing and advertising fraud, while also helping protect enterprises with their application security challenges.

“The urgency for driving an accountable, addressable and aligned supply chain continues to increase as the industry works to address the lack of advertiser trust in the programmatic supply chain, which has been widely documented by ISBA,” said Viktor Zawadzki, general manager EMEA, MediaMath. “We are delighted by the expansion of White Ops to the UK and our continued partnership that focuses on identifying and avoiding fraud in the open market, at the same time enabling advertisers to get the maximum potential from their marketing investments.”

The London team currently has 20 employees, with business development headed up by Yasmine El Hani, who previously worked in senior sales roles at Smart, Yahoo and Orange.

Yasmine El Hani, managing director, UK for White Ops, continues, “The past months at White Ops have been phenomenal – first the funding round and now our expansion into the UK market. I’m proud to be heading up White Ops’ business development efforts in London and know we are going to have a substantial impact protecting the UK and European digital markets. We boast a fantastic team of talented people and are already working with some terrific clients, so here’s to a highly successful future here.”

Bot mitigation and fraud protection is a growing concern in the UK. The Bot Baseline Report, by White Ops and the Association for National Advertisers, shows that a substantial amount of UK campaign advertising traffic is driven by sophisticated bots. One UK campaign found that 91% of its 200,000 impressions were bots.

Sophisticated bots live on consumer and enterprise devices, sharing browsing history and habits with real humans, which makes them especially difficult to detect. White Ops’ multi-layered detection methodology, advanced algorithms, Satori Threat Intelligence and Research Team, and massive scale, can detect and prevent these bot populations at every level of sophistication. These capabilities enabled White Ops to play a leading role in taking down 3ve, the largest ad fraud botnet to date, through collective protection and bringing together the largest private sector collaboration in history, including the FBI, Google, Facebook, and many others in the industry.

Every partner that works with White Ops reaps the benefits of collective protection. White Ops protects against threats targeting partners, learns from the experience, and develops detection methodologies to benefit the entire internet ecosystem. It’s a mutual feedback loop of knowledge and insight into bad actors, which leads to new techniques to protect everyone. As new organisations join the mission, the entire system becomes stronger in the fight against fraud and abuse. Every attack identified and blocked marks another tactic that bad actors can’t successfully use anymore. This is what changes the economics of fraud, making it more expensive for the bad actors to succeed than for the collective ecosystem to defend.

White Ops is the global leader in collective protection against sophisticated bot attacks and fraud. We
protect enterprises across the globe – including the largest internet platforms – from sophisticated bot
attacks by verifying the humanity o…
More about White Ops »
Powered by WireDex