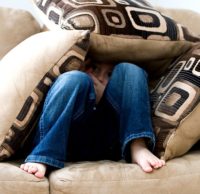 2020 has been a tumultuous year that has brought the shortcomings of many of the 21st century's diverse systems into sharp relief. For the ad tech industry, one of the most significant hurdles highlighted by the global health crisis is the limitations of algorithms when it comes to determining brand safety and suitability. Writing exclusively for ExchangeWire, Thomas Lue Lytzen, head of product development and insights and Signe Skarequist, director of digital ad sales and tech at JP/Politikens Hus, explain why brand safety still requires a human touch.

Conspiracy theories on Facebook, videos of beheadings on YouTube, news articles on plane crashes when you are an airline company. These are obvious contexts advertisers should avoid when putting their brands on display. Should one also avoid news media? Some seem to think so - but are they right?

Reality can be harsh and cruel. At the same time, it is wonderful and reaffirming. So is the news media. We deal with reality, for better and for worse. Actually, that is what our users expect from us, and that is why they flock to our site and those of our competitors. Every day, 1 million user 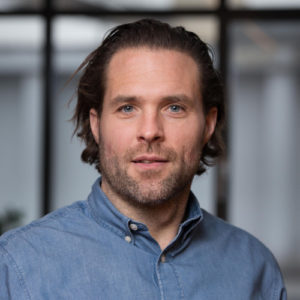 s drop by ekstrabladet.dk – that is close to 1/5 of the entire population of Denmark – to read about politics, wars, Covid-19, soccer, celebrities and, of course, the new iPhone. They do so because reality does not really scare them. Agencies and advertisers, however, often seem to be quite scared of what goes on in the world.

How can we say that, you may ask? Because we have facts and numbers that show that advertisers who useGoogle ad tech for programmatic buying have big problems getting access to our inventory at ekstrabladet.dk. Yes, we are a tabloid news site focusing on breaking news, sports and celebrities and royals – and yes, occasionally, we show a model in a bikini on the front-page. But we are actually trying to behave quite decently, not to please Google, but to extend the reach of ekstrabladet.dk to new audiences. Yet this doesn’t seem to do us any good, because much of the content Google blocks is just plain news; in some cases, a single word in a headline can prompt the blocking of a publications’ entire front-page. 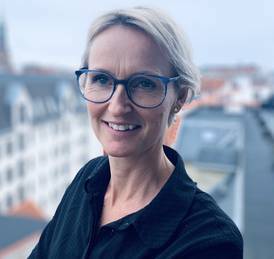 When you, with the best of intentions, activate standardised brand safety filters on a campaign, you hand over all your power and control to the big American censor – and now Google has the final say on what news is good and what is bad. As a result, advertising shown next to real journalism – that written and edited by trained reporters – may be incorrectly blocked, preventing the campaign from achieving any reach or, in a worst-case scenario, resulting in a niche campaign being shown on long-tail sites. Is that really brand safe?

But why is Google doing this? And why do they do it behind the backs of advertisers and the media? And why aren’t we publishers being provided with insights on what is being blocked and why? When we ask Google, we do not get many answers. It is obviously a “trade secret” what their algorithms crack down on. According to Google, it is about protecting someone, and to this, one can then ask: Whom? And what should they be protected against? It cannot be the advertisers; they are apparently quite capable of taking care of their brand.

In fact, we have asked quite a few of them if they deliberately want to cut off news sites from their campaigns. The answer is a resounding “no”, but since they don’t have enough information, it ends up being something they do. Whose fault is it then? Here, the arrow points to the aforementioned American censor, who has taken a hard stand on the definition of brand safety, molding it through predominately American cultural norms in particular. The method is often based on keywords and similar parameters that take neither language nor semantics into account.

In this way, an article on the chances of peace in the Middle East becomes a matter of 'death and destruction'. A celebrity news story about the former Prince Harry and his wife Meghan, officially named the Duke and Duchess of Sussex, is (due to sloppily programmed algorithms) deemed to be about… sex. If it was not that frustrating for us publishers, we would be rolling on floor laughing when so-called brand safety technologies (to whom an increasing number of advertisers outsource the responsibility for their brands’ digital well-being) translate Danish headlines and articles into English and get them very, very…wrong. Of course, it can be difficult to decipher the linguistic meaning of the Danish word ‘slut’ (meaning finish) and the meaning of the corresponding four letters in the English language and then do a proper categorisation…

The world can be brutal, our users know that, and they do not close their eyes. Instead, they relate to it, and will hardly condemn an advertiser for appearing next to an article or video about yet another relationship crisis on the Paradise Hotel-reality show, the arrest of the leader of a gang, or refugees fleeing Syria. Such news will hardly influence you to buy the model of car promoted on a banner ad if you are actually looking for a new car.

In fact, a study conducted by measurement company Integral Ad Science shows that 78% of users have no problem with ads appearing next to news about the Coronavirus, despite the fact that these stories explicitly discuss disease and death.

If you are not afraid of reality, then hurry to take back control over your brand. Or, at the very least, don’t rely solely on technology: turn off the filters and let your common sense prevail (in close dialogue with your agency and publishers’ whose context you trust, of course). This is the reason why we’ve made a promise to advertisers on our sites – a promise to deliver quality. And, of course, brand safety is part of that: https://jppol.dk/en/our-promise-of-quality-to-advertisers/

Here, we’ve clearly stated what we stand for, and how we plan to keep our promise!