In today's ExchangeWire news digest: Kuaishou announce they will close down their Zynn app; plant-based food maker NotCo secure Unicorn status after new funding round; and Australian agencies Half Dome and Consumedia merge.

Chinese tech company Kuaishou have announced that they will close down their US-based short-form video app Zynn before the end of this month. The tech firm, which has been touted as a rival to TikTok-parent company ByteDance, have not given a reason for the decision.

Launched in May 2020, Zynn’s short life was filled with controversy. An investigation revealed that the app had been paying users to watch their videos in order to artificially improve their iOS App Store ranking. Zynn was also removed from Google’s Play Store, and later from Apple’s App Store, amid accusations that the platform was ripping off content from other apps.

Controversy aside, Zynn gained little traction, with monthly active users declining significantly from 3 million in August 2020 to just 200,000 as of June this year, according to data shared with TechCrunch. A spokesperson from Kuaishou revealed in a statement that Zynn’s closure would have no impact on any other market where the company operate other, similar apps (such as Kwai in South American and Snack Video in South Asia). “Our strategy for the international markets remains unchanged”, they said.

Plant-based food producers NotCo have secured a USD $1.5bn (£1.1bn) valuation following a USD $235m (£168.7m) funding round. The financing, which was led by Tiger Global, has earned the company Unicorn status.

Backed by former Amazon CEO Jeff Bezos, NotCo also received funding from DFJ Growth Fund and sportsmen Lewis Hamilton and Roger Federer. The company, who make plant-based milk, meat, and ice cream, have said that they’ll use the fresh investment to move into Asia and Europe, as well as to develop new products for the North American market. They also revealed plans to further invest in their ‘Giuseppe’ AI technology, which experiments with plant combinations to create new substitutes for animal products.

NotCo, who currently operate in six countries across the Americas, find themselves in an increasingly competitive market, facing rivals such as Beyond Meat and Impossible Foods. Another rival, Swedish vegan milk producer Oatly, garnered a USD $10bn (£7.2bn) valuation earlier this year after their float on the US stock market. 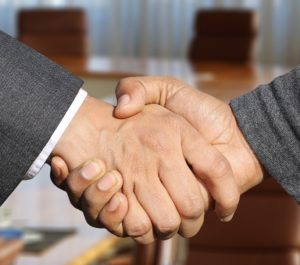 Half Dome, an independent digital agency, have purchased independent media agency Consumedia for an undisclosed sum. The acquisition will create a consolidated media agency that offers full service capabilities, which will operate in Melbourne, Australia under the Half Dome name.

The move will see Consumedia founder and managing director Michael Harms take a place on the board of the newly-merged entity. No changes will be made to staffing numbers as a result of the agreement, with Half Dome saying that they have increased their headcount by 50% in the year-to-date.

Founded over 10 years ago, Consumedia provide media and marketing communications and activations for brands, with clients including Mayver's, Euky Bear, and Bosisto. Half Dome partnered with the company back in 2018 to win the wider advertising account of legal firm Maurice Blackburn.

Commenting on the move, Half Dome managing partner and planning lead Will Harms said “evidence continues to show that integrated campaigns are more efficient and effective, so having the ability to execute in-house was a natural step towards us making media smarter.”