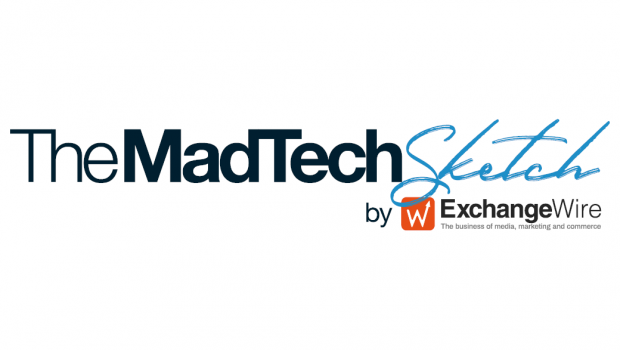 In this week's MadTech Sketch, Ciarán O'Kane takes on an issue more tangled than a bag of old cables; the non-US addressable TV market.

CTV continues to be the mantra for ad tech, as US viewers “cut the cord”. Outside the US, CTV is just a part of a wider addressable TV category:

To say that this market is complicated would be an oversimplification.

All TV is going to be data-driven, but the majority of it will not be transacted via an RTB protocol, Programmatic Guaranteed (PG), or open marketplace. You need to solve for fragmentation, building activation and measurement across walled gardens, free-to-air, YouTube, OTT, and CTV.

Here I attempt to doodle the “helicopter view” of this ecosystem - showing why non-US TV/digital buyers have to not only think smarter about the ad tech they use to activate and measure campaigns but also the addressable TV inventory mix.

Key things to think about from this week’s sketch 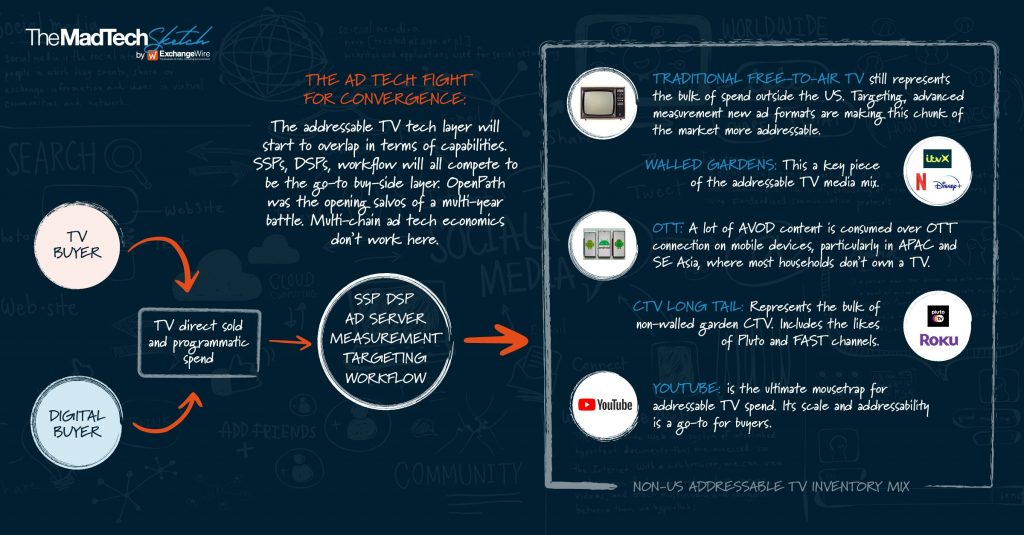