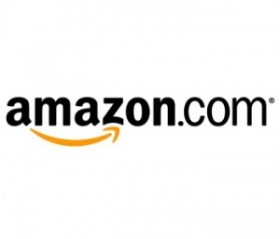 Amazon (if you were to believe the ad tech grapevine) is busy building out a new ad business – one which could impact the fortunes of many established intermediaries. Amazon has been busy putting together its ad strategy – but there is still some confusion of what that exactly is. We’ve heard Amazon is building its own bidder to be sold to trading desks as a competitor to the likes of Invite. We’ve also heard it was building out its own ad network. And we’ve seen Amazon dabbling in the contextual ad market, launching a possible alternative solution to Adsense for those publishers with a stronger affinity to ecommerce.

While Amazon plots the roll out of its next generation ad solution, it might well be overlooking a huge opportunity given its owned and operated sites, namely the entertainment ad sector.

The major film studios spend huge amounts on marketing and advertising. Digital investment more recently has seen an increased focus on developing social strategies which are more viral in nature and very ‘blogger outreach-y’ (the over-hyped ‘owned’ and ‘earned’ channels) – but paid media is still required to make impact at scale. Luckily for Amazon they are sitting on a proverbial movie filled gold mine.

Developing the Amazon Film Network (AFN) would enable Amazon to deliver scale to a relevant audience. Relevancy at scale, the three words that will send social media zealots straight for the valium.

Amazon owns IMDB, one of the largest sites on the web – and the strongest player in its category. To date IMDB has largely been used as a backfill. Ad networks for years have bought its remnant (and there’s a lot of it) in bulk. It is only more recently that Amazon have taken more control around its monetisation. Its relationship with Pubmatic’s SSP solution is a good reflection of its new thinking.

Amazon also owns LoveFilm. LoveFilm is one of the leading leading movie rental business in the UK. In the past twelve months we have seen LoveFilm step up its distribution strategy by investing heavily in its mobile/web based distribution channels.

Put both of these together and you have the foundation of a killer ad solution to take to market.

So, Amazon effectively owns the content around films and movies. It has the context. By the bucket load. But it also have a phenomenal level of audience data to harness – which you could argue has remained relatively un-leveraged.

Amazon should know a lot about its users: what genre of film users are engaging with; what trailers they are watching; how often they watch trailers; what movie-related news they are reading; what forums they are participating in. All this data can be gleaned from IMDB.

Now imagine if Amazon decided to overlay and unify this data with LoveFilm. It would then also have declared/measured demographic data, potential mosaic profiles (let’s not forget traditional marketing directors still love postcode based mosaic profiling), and data around watching habits and film interests.

By simply joining up the audience dots, they’d have a wealth of understanding around interest and intent. What users are interested in and what they intend to watch in the future.

All Amazon needs to do is roll out a DMP solution, and capture all of those data signals.

This data pool can then be applied across a wealth of media assets, enabling the AFN to engage with the right film audience throughout the entire funnel, at varying degrees of scale.

Bottom Funnel: very simply the AFN could deliver relevant movie ads within relevant types of content against the right audience. This would be fairly limited in scale, but would certainly deliver impact.

Mid Funnel: the AFN aggregates access outside of their own assets and extends the audience. Exchanges, private exchanges, upfronted inventory would give it access to as much scale as possible.

Upper Funnel: by leveraging its own assets, the AFN also rolls out a form of ad funded programming and customises content based on the intelligence held on the user. This content space would be paid for and using dynamic templates, serving different content in accordance with certain user values. This would be relatively easy to execute at scale.

Lastly, in terms of ensuring this delivers impact, ad formats on site are reduced to one very large, very impactful ad unit (think Project Devil). This of course is alongside vPaid type Video inventory. The naysayers amongst you will be asking what about mobile, what about tablet? Well, authentication here could be leveraged to capture similar behavioural traits. The mobile strategy isn’t fully flushed out yet, but then again, who has a functioning mobile ad strategy?

Amazon could own the entertainment ad vertical. It’s an ad solution that only requires a data collection/management capability that plugs straight into an adserver and/or a DSP (dependant on the inventory acquisition strategy). Amazon already owns the content. It owns the audience. Bring it together and it might own the sector.

Could a brand build its own Publisher Trading Desk? Next week ExchangeWire will explore three key verticals where brands might emerge as effective audience buyers for agencies and advertisers.