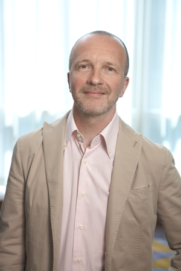 It’s nearly the end of the year, and that means prediction time. Here in the first of many future-looking posts in the coming weeks, Pierre Naggar, MD Europe, Turn, takes a look at what might be ahead of us in digital marketing for 2014.

Data-driven Marketing is the Now – and the Future

In 2014, the marketing industry will accelerate its shift to the new data-driven and programmatic world order. Last year, the IDC predicted that in the UK RTB-based display ad sales would go from £62 million in 2011 to £546 million in 2016. eMarketer estimates about 22% of all digital media will be automated next year – up from just 4% in 2010. Either way, it’s a seismic shift with consumer data at the epicentre and an industry realising the full potential of this real-time information to underpin marketing strategy, content creation and campaign development. At Turn, we are working with more and more clients to leverage their first-party data. Next year, marketers will demand more comprehensive, one-stop solutions to meet the needs of this data-driven approach, rather than juggling a complex range of vendors offering siloed solutions.

The Last Gasp of Siloed Campaigns

As revealed in our Global Digital Audience Report in October 2013, cross-channel advertising reaps significant rewards. Brands moving from single to multichannel advertising averaged a 300% improvement in ROI. Consumers seeing adverts in more than one channel convert at a 24% higher rate than those who see adverts in just one channel. Turn anticipates an even greater shift to multichannel campaigns in 2014 as advertisers take an “audience first” strategic approach and become more adept at responding to the dynamic nature of consumer behaviour online. Siloed channels and tactics will be in the rear-view mirror, as brands integrate campaign execution, data and analytics through a single dashboard to view real-time info from all of their marketing channels and strategies.

It’s an industry joke that every year is the “year of mobile” but at this year’s IAB Engage in London, it was glaringly obvious that 2014 cannot pass by without being the year that mobile advertising finally fulfils the hype. Investment in mobile advertising has already risen almost fivefold between 2011 and 2013 and is expected to grow nearly eighteenfold between 2011 and 2017 (eMarketer).

Connect this with the continued dominance of video (eMarketer estimates that more than 34 million people in the UK will have watched video content on digital platforms this year – rising to 40 million 2017) and it has been an astounding year of growth for Facebook with eCPM up 87% year-to-date (Global Digital Audience Report). Any brand not employing a cross-channel strategy will fall at the first hurdle.

Marketers have seen the power of real-time solutions for performance, and as the industry becomes more accustomed to programmatic, with TV and radio coming to the UK marketplace in the not too distant future, Turn expects to see more branding campaigns run through automated buying platforms. With the continued explosion of brands utilising social media, marketers need to be able to react and manage these conversations with their consumers as it evolves. They need to consolidate social data with all other marketing data and reporting in one real-time platform. On the other side of the coin, premium publishers such as The Guardian, The Telegraph and eBay are now fully engaged and “programmatic direct” is growing fast. This opening up of more inventory and an increased comfort level with programmatic as a whole, will lead to increasingly more sophisticated, tailor-made campaigns next year, proving that programmatic can reap benefits beyond direct-response campaigns.

One thing is guaranteed: the industry is evolving rapidly and next year will see many more leaps and bounds in the evolution of this data-driven, audience first age.