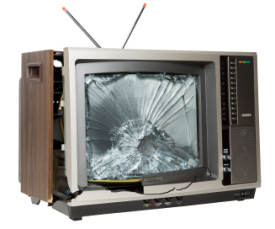 TV ads, and the placement of them using programmatic buying technologies, has been tipped as one of the key growth areas in the ad tech sector for 2015. ExchangeWire speaks to Steve McCartney, managing director, digital and programmatic, Europe, of supply-side plater WideOrbit to gauge broadcasters’ interest and concerns over the prospect.


EW: Where do you see the most resistance to transition towards TV ad buying, and what in your opinion is at the remote of it?


SM: The biggest obstacle we’ve seen to adoption so far is simple inertia. Programmatic presents a mammoth opportunity to bring in new advertisers and increase demand. Embracing it is one of the methods broadcasters can use to bring digital advertising spend to broadcast and entice advertisers that spend the bulk of their advertising budgets online.

EW: One of the ‘fears’ over programmatic TV buying that your slides cited was the ‘commoditisation’ of inventory. How widespread a fear is that among broadcasters?

Programmatic addresses all three of these elements. Make TV advertising easier to buy, easy to evaluate and easy to track – and there will be more demand for ads. In a medium with finite inventory and growing demand, commoditisation will not be a worry.

Broadcasters should be more concerned about losing market share to media channels that already offer automated buying and comparable audience metrics. Advertisers are making buying decisions by evaluating many, many media types. As things stand today, there’s more price friction in broadcast than digital media because it has an inefficient buying process and relatively inexact audience data.

Programmatic technology directly addresses both of these challenges. Automating the transaction makes it easier to buy ads and reduces the cost of doing business on both the buy and sell side; while the ability to integrate buyer data makes broadcast directly comparable with digital. Solving these challenges will increase demand for broadcast inventory.

EW: Do you find that broadcasters are wary of using the auction-based model of media selling? For instance, is this something they have suffered from when selling their video-on-demand inventory?


SM: Yes, this is exactly why we did not use an auction-based model when we developed our system. Our seller console allows broadcasters to evaluate an offer in the context of the market, then accept or reject it based on rules they set.

Broadcasters need only accept offers that are right for their total business, including their yields across their entire inventory (linear and digital), their audience’s experience and the need to manage channel conflict with other sales methods.

EW: How does WideOrbit go about convincing such naysayers to its way of thinking? Is it a case of lobbying the buy side of the industry to see the potential opportunities of purchasing media in such a fashion to add their (significantly influential) voices to the call?


SM: We’re confident that the financial impact will be incentive to drive adoption. Users of programmatic selling will quickly discover that eliminating inefficiency and enabling advertisers to pinpoint hidden audience value will drive incremental revenue. The broadcast medium creates unmatched value at a price that is often less than digital video. Programmatic will help broadcasters realise that difference.

EW: Aside from the commercial concerns, there were also issues around ad creatives being cleared for broadcast by regulators (ClearCast in the UK), and their process being too slow to accommodate the dynamic nature of programmatic trading. Was this an issue that had to be hurdled in the US – where programmatic TV ad buying appears to be more advanced – and how do advocates of such ad buying technology/strategies go about addressing this?


SM: The transaction can be automated, but we expect that there will always be a human gatekeeper involved for regulatory purposes. Creative executions will still need to be approved by a human being before they go on air.   That shouldn’t mean a slow or burdensome process. Our system is transparent about the identities of the advertisers making programmatic offers and the content of their creative. To speed things up, broadcasters can create a whitelist of pre-approved advertisers of categories by time slot. The rest is at their discretion. We expect this to make the creative approval process speedy and painless for everyone involved.

EW: Also, how do you work with DSPs like TubeMogul and The Trade Desk to enable programmatic TV trading?


SM: TubeMogul and The Trade Desk have direct access to our APIs for making offers to any of our participating customers. Their clients can use their interface to make offers, transmit creative and get a receipt that an advertisement ran as soon as it airs.

EW: What are the most common challenges around managing the flow of data between these platforms?


SM: The workflow is quite different from what digital buy-side teams are accustomed to in real-time buying. Rather than one-to-one impressions delivered immediately, they are purchasing spots, which are inherently bundles of impressions, and they’re buying them in advance. They will need to rethink their systems to accommodate buying ads in this format, then reconcile and invoice back to their customers.

EW: Some parties question if there is enough third-party data in market. Plus, are European broadcasters in Europe willing to share their data, for fear it could erode their market dominance, to lead to the roll out of programmatic TV? What would you say to that?


SM: Incentives will drive change. There is pressure on all media forms, including broadcasting, to assure advertisers can bring their own data to value audiences for assessing ad effectiveness across media channels.

Programmatic automation is the easiest, quickest route for helping broadcasters compete against digital media for ad budgets.   As we’ve already seen in digital programmatic, where every RTB impression is evaluated with private data, nobody wants to deal in proxy metrics.

On the sell side, fragmentation and inefficient selling practices have the effect of leaving money on the table and unintentionally excluding advertisers from the market. Broadcast will be less and less competitive when pitted against alternative mediums that prioritise reductions in cost friction. As the cost of doing business comes down in other media sectors, broadcast must do the same.

EW:   Finally, what would you say to broadcasters to convince them of the benefits of programmatic TV?


SM: We can’t emphasise enough what a huge opportunity adopting programmatic selling is for broadcasters. Since buying decisions aren’t made on a one-by-one basis, broadcast television has the most potential of any medium for driving efficiency. That’s huge and powerful, and will be incredibly appealing to buyers who want to transact television with the same methods and metrics they already use for digital.