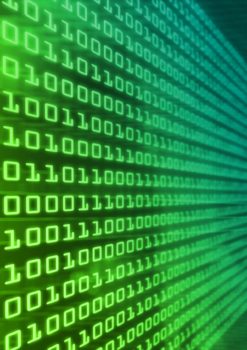 Now & Next is a new feature from ExchangeWire Research. In Now & Next, we review the latest research, provide impartial insight and analysis of current trends and provide predictions for the future of advertising and marketing technology. This feature focuses on: Privacy Concerns & Data Exchange.

The current state of data exchange

In 2014, the top five global data leaks lead to 427 million individuals’ personal data being leaked, according to the Identity Theft Resource Centre. Globally, 55% of consumers are willing to share data in order to receive more personalised offers, according to Aimia’s ‘Global Loyalty Lens Report.’

However, just 23% of consumers sharing their data believe offers are &#822highly relevant” to them. Within the US, 61% of adults who had shared their data disagreed that &#822online services are more efficient because of the increased access they have to my personal data”, according to the PewResearch Centre.

Globally, 37% of consumers expect free digital services in exchange for their personal data, according to Microsoft’s ‘Value Me Study’. Within the US, 64% of consumers believe that the government should do more to regulate advertisers, according to research by the PewResearch Center.

Consumers responsiveness to data sharing may be changing with consumers becoming increasingly aware of the amount of data they share online, and on which platform they choose to share it. Facebook’s Mark Zuckerberg recently commented: &#822If the new plan succeeds, then one day large swaths of Facebook may not look like Facebook — and may not even bear the name Facebook. It will be everywhere, but you may not know it.”

Globally, 41% of consumers are actively sharing their data, whilst 56% of consumers believe companies are collecting their personal data from sources, such as their social media accounts, according Microsoft’s ‘Value Exchange Study’ (VES). However, there are clear regional differences in consumers willingness to share data, with the VES, finding that consumers in the US are 5.5-times more likely to share data with companies than those in China (66% versus 12%).

Consumers perceive data collected from their social media to be more personal to them (VES). However, the University of Cambridge recently launched a tool that demonstrates just how much information can be garnered from data collected from social media, including: personality traits, educational background, and political orientation. Businesses can also take advantage of the data, by targeting consumers without knowing anything about them previously. This data can provide real insight to marketers trying to bridge the gap between consumers’ desktop and mobile profiles.

A number of companies, such as Near and Affectv, are now targeting users across devices, with real-time offers based on their previous actions across a number of devices. Affectv records consumer interactions with brands and others across a number of platforms, before compiling signals of intent about them. Consumers are then sent individualised targeted ads based on their personal signals, increasing the likelihood that they will go on to purchase.

By their very nature, individually targeted ads are unique to one user, so how does this affect consumer perception of a brand if they are not being offered the same pricing or offers as another consumer purely based on their prior actions? Within the UK, coffee and sandwich chain Pret a Manger has a policy whereby staff are allowed to give customers of their choosing a free coffee in store; however, after people heard about this policy many people questioned why they hadn’t been given a free beverage.

In 2013, travel company Orbitz hit the headlines, with their targeted advertising strategy, which saw users accessing the site on a mac being provided with higher cost hotels than those on a PC, this led to a backlash from users who believed their personal data was being used at a detriment to them.

At what point does integration get creepy?

The European Union has the completion of new digital data protection rules as a priority for 2015; currently the EU is working from privacy legislation created in 1995, which states that ‘personal data’ is any information that can identify a person directly, or indirectly.

The amount of data created is increasing exponentially, and with increasingly sophisticated algorithms seemingly unrelated data can pinpoint an individual’s actions. Facebook recently signed a deal with three offline data providers: Quantinium, Axicom, and Experian allowing them to sell ad space based on offline purchases and activity. It will be interesting to see where the EU draws new data protection rules amidst the increasingly blurry lines of offline and online data.

How long is too long?

Within the UK, the Data Protection Act (1998) does not set out a maximum amount of time that personal data can be kept for, but Principle 5 does state that companies &#822consider the purpose or purposes you hold the information for in deciding whether (and for how long) to retain it”. In the UK, the case of Samuel Rae shone a spotlight on the issues surrounding data exchange, specifically how long a company can keep your details.

What does the future of data exchange look like?

Consumers are becoming increasingly aware of the value of their data to advertisers, with recent events, such as the Spotify privacy update, highlighting this. Consumers are, however, willing to share their data in exchange for digital services, or a more connected lifestyle.

With the increasingly interconnected IoT, consumers will demand transparency about the usage of their data and the benefits with which this data exchange will provide them. Marketers will be able to take advantage of increasingly vast sets of real-time data; but with this will come a responsibility to be more transparent about how and why this data needs to be collected and deployed.

Just as with the EU’s 1995 data legislation that could never of have anticipated the implications of big data on data protection, we have limited capacity to predict the future implications of collecting increasingly large amounts of data relating to consumers. What we do know is that data is changing from siloed pockets of information to interconnected information, and what seems to consumers to be seemingly unrelated data can be used by marketers to learn more about them.