“Our terrific second quarter results, with 21% revenue growth year-on-year, and 25% on a constant currency basis, reflect the successful investments we’ve made over many years in rapidly expanding areas such as mobile and video. We continue to invest responsibly in support of our many compelling opportunities”, said Ruth Porat, CFO of Alphabet.

– Aggregate CPC went down by 7% YOY

Overall figures show aggregate clicks increased by almost one-third (29%). However, the majority of this growth came from a 37% increase in click volume on Google websites. Paid clicks on Google Network Members’ websites remained the same YOY and dropped by 3% between Q1 2016 and Q2.

There are two main reasons why clicks are migrating away from Google’s ad network: one, small- to medium-size publishers decide to sell their own inventory and pocket more than 70% of the revenue, which is the revenue share model that Google operate (on aggregate). Two, media planners and buyers see more value in other properties, such as Facebook (which reported strong Q2 earnings yesterday), or emerging publishers such as Snapchat.

With more publisher platforms than ever available to advertisers, it is no surprise that budgets are moving away from Google’s ad network. The ad network has always been good at driving high volumes of clicks at low cost. However, in today’s economic climate and ROI-driven media buying landscape, we could be seeing the beginning of the end for what used to be known (circa 2007) as ‘Ad Sense for Content’.

Further supporting this theory, the results say that cost per click (CPC) on member sites dropped by 8% YOY. The good news (for Google) is that they are paying no more to acquire traffic compared to a year ago. 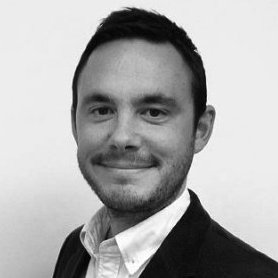 “As eyeballs continue to turn to mobile, Google is working hard to gratify advertisers on the channel. This quarter, two new ad formats, that load instantly on mobile, have been launched as part of its Accelerated Mobile Pages (AMP) programme. They offer advertisers ‘stickier’, more immersive ads that provide greater viewability. And just this week, Expanded Text Ads went live specifically to give mobile users more information; early tests cited an average CTR bump of 20%. This will be music to brands’ ears and, no doubt, Alphabet’s wallet will notice the impact.

“Investment in projects, such as The Self Driving Car, are often deemed the best examples of Alphabet’s innovation. But it’s Google’s constant evolutions keeping competitors Facebook and Instagram at bay.”