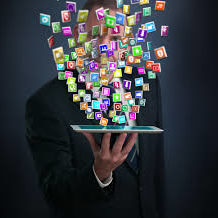 On January 9, 2007, Steve Jobs announced the iPhone at the Macworld convention – an announcement that also ushered in the birth of the app market, an industry that may top USD$77bn (£61.6bn) in 2017. Entrepreneurs, recognising that smartphones represented the most direct conduit to the consumer, developed every conceivable type of app. Apps like Candy Crush, Angry Birds, Uber, and others, provided ample incentive (and VC money) for developers with an idea to get in on the game. In this piece, Xavier Bourlard (pictured below), SVP International, Growth & Partner, Headway, breaks down best practices for optimising app campaigns in today’s evolving mobile space.

In the early days, mobile app advertising focused on installs. Success of an app was measured by the number of consumers who downloaded, and it was a metric that had teeth: the more installs an app could boast, the higher the ranking in the app stores.

Consumers obliged, freely downloading apps that even mildly piqued their interests. After all, most were free or low cost, so the barriers are low. Today, Android users have an average of 95 apps installed on their phones. As a result, app-based businesses face steep competition for consumer mindshare. 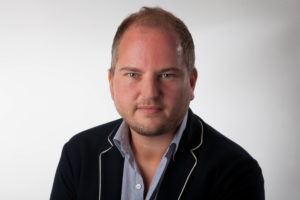 Today, installs are less relevant as advertising goals for a good reason: many businesses are wholly dependent on how frequently consumers actually use an app to book a ride, buy a movie ticket, or place a lunch order. If consumers install an app, but never use it, that business is at risk.

And that means the way we execute and optimise campaigns for mobile apps (read: the algorithms we use to target the right users) must change rather radically.

In place of installs and cost-per-installs (CPIs), marketing campaigns need to identify clearly-stated business-oriented campaign goals. For instance, do you want to prompt first bookings, or orders? Reach a per-customer spending threshold? Activate users who installed an app, but haven’t used it? Mobile app marketers need to define the specific user behavior they want to achieve. Ultimately, the marketer’s goal should be to purchase inventory and measure success based on a desired cost-per-action or cost-per-engagement.

Once the goal is determined, the message and creative should work to support it. For example, if the goal is to activate users who’ve been dormant, provide a time-based incentive that’s exclusive to just them and let them know it. It will remind them of the reasons why they were interested in the app to begin with, and create a sense of ‘use it or lose it’ urgency.

And offer a feedback loop so that you can begin conversations with your users. This will help you create messages that resonate with them.

Once you’ve established your business goals, you need to tie it to a specific campaign KPI so that you can measure results, and focus ad spend to the channels/day-parts/geographies, etc. that deliver the most conversions.

Begin by identifying the events that indicate a desired action has occurred, e.g. order confirmation page, if campaign goal is to prompt first order of new users or users who haven’t ordered. It’s also important to identify additional events that fall short of the desired action, but may convert at a later date. This is your lead list.

Track the conversions using a postback server2server (s2s), which is roughly the equivalent of a pixel in the desktop world. The s2s allows the app developer to pass the event information to the marketing platform. This is where machine learning is at its best. Once the algorithm sees where it’s getting the highest volume of the desired s2s signals, it focuses ad spend on those sources. This changes the focus on real-time optimisation to meet business KPIs.

When and where are consumers most open to an ad? If you have an app for purchasing movie tickets, target movie review and entertainment sites and apps. Additionally, determine the types of apps that are best suited for your message. For instance, if you have a video ad, a utility app might not be the best place to show it. But a gaming app, where users are accustomed to reward videos, might suite your message well.

It’s a smart strategy to partner with a mobile ad platform that offers micro-targeting tools for both mobile-optimised sites and mobile apps, and can guide you on which ad formats works best on each channel.

Programmatic continues to be the best strategy to focus ad spend on mobile channels (web and app) that deliver the best conversions. And it allows you to track response rate in real time, and optimise creatives based on the levels of actions and engagements you see.

But take note, campaigns for mobile apps work best when your focus is on CPA; but in a typical scenario, programmatic inventory is traded on a CPM or CPC basis. By definition, a level of arbitrage is required, meaning you’ll need to buy the right inventory, at the right price point, in order to get the CPA you’re looking for. For many advertisers, this requires you to engage experts to help you.