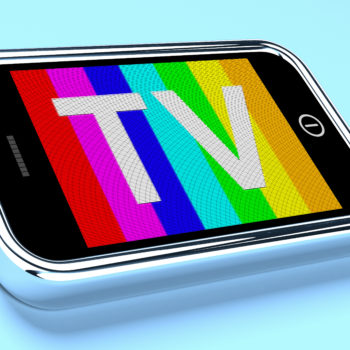 Change is afoot in TV advertising. A shift in viewing habits, coupled with advances in sophisticated targeting, signal a new era for the TV market. Speaking exclusively with ExchangeWire, Kevin O’Reilly, CTO of TVSquared, discusses addressable TV, the circumstances driving its evolution, and what it means for the industry in 2018.

ExchangeWire: Can you give us a definition of addressable TV?

Kevin O'Reilly: Essentially, addressable TV is when advertisers buy the exact audience rather than the programming content. It is the digital programmatic equivalent for TV. It allows advertisers to directly target identifiable individual households based on either viewing/shopping behaviour or 'lookalike' households.

In order for addressable to work, it requires four components. First, a data-matching partner to determine audience segments. Second, ad-insertion technology, so it can be delivered at the household level. Third, the ability to insert the ad into available inventory (not all inventory can be 'intercepted' this way). Finally, performance data to confirm the audience responded to the ad. Addressable ads come at a premium; so while they might reach the right households, this type of data shows if they drove enough response to make the buys worth it.

In the US, addressable TV ad spend is expected to reach USD$2.25bn (£1.68bn) next year. How will the TV marketplace prepare itself for increasingly sophisticated targeting?

While it represents a shift in the TV market, it’s important to realise that addressable TV is in its infancy. Yes, USD$2.25bn (1.68bn) is a big number, but it only accounts for about 3% of total spend, despite much higher CPMs. The major obstacle remains inventory. While 40 million households have addressable capabilities, that’s still only about 5% of all available inventory. This causes both reach and frequency issues.

For addressable to become more mainstream, we have to see an increase in partnerships across the ecosystem – and I do think that will start to happen next year. MVPDs, data vendors, and technology platform providers will work closely together to create a more seamless, accessible offering.

That’s not to say brands and agencies should wait to go out with more targeted TV campaigns. Advertisers can optimise TV without addressable. Analytics platforms offer near-real-time performance data on TV spots, providing the insights needed to learn more about audience TV habits, as well as the aspects of buys (days, programmes, networks, etc.) that actually drive response. This information can then be used to continuously inform more targeted buys in the future.

Addressable TV in the UK isn’t as far along as it is in the US, primarily attracting smaller budgets and regional-level buys.

Sky’s addressable TV offering, AdSmart, extended to Virgin’s entire customer base. This increased its reach from 11 million to 15 million homes and 30 million people. The alliance, which covers both linear TV and VOD advertising, will certainly help accelerate the adoption of addressable in the UK. It also shows promise of making it more accessible to smaller advertisers. Sky claims 72% of AdSmart advertisers are new to TV.

ITV’s plans for an addressable offering aims to take on Google and Facebook’s ad revenue. Is this the key for TV to take a chunk of the duopoly’s ad revenue?

Brands were attracted to Facebook/Google advertising due to real-time trading and the fast insights they provided. We’ve since come to realise that these offerings lacked depth, and came with transparency, fraud, and brand-safety concerns. Due to this, many brands have actually brought ad spend back to TV. It also helped that linear TV is now a performance-driven channel that allows advertisers to measure and optimise campaigns in real time too.

ITV’s move into addressable gives more advertisers – even those that have never delved into the world of TV – a chance to try more targeted campaigns without having to deal with the concerns/risks that come with digital. But only time will tell whether ITV will be able to take a chunk of the duopoly’s ad revenue.

Is the rise of connected devices and OTT/connected TV having any impact on the addressable TV market?

Yes. And it’s all about inventory, as more will become available via OTT. We’re seeing this in the US with Amazon and Facebook, among others. Live sports via OTT will help drive this inventory – think the NFL on Amazon.

In the UK, about 40% of UK households receive linear TV through digital terrestrial. For them, addressable is not possible due to the lack of return-path data. But as TV viewing on connected devices and via OTT continues to increase, the audience who can be reached via addressable will inevitably grow, making it more appealing to advertisers.

We’ll start to see some changes due to addressable next year; but in all reality, it’s still a blip (albeit a growing one) in the TV ad universe.

As I mentioned, we’ll see more partnerships with broadcasters and technology/data providers. The industry will also start to tackle the privacy concerns that will likely arise. With the imminent enforcement of the General Data Protection Regulation (GDPR), explicit consent may have to be obtained to collect and process the data used for audience targeting, especially at the household level.

For most TV advertisers, 2018 will be more about audience response rather than audience delivery (although that’s still important too!). They will be leveraging performance-based analytics to optimise TV for response because, at the end of the day, that’s what it’s all about. Does it really matter if an ad reached a certain audience if that ad didn’t drive the right response?