Google is nearing a settlement with the French National Competition Authority (Autorité de la concurrence), over an ongoing antitrust case alleging the Californian colossus abused its market position within the online advertising industry to the detriment of competitors. According to reports first published in The Wall Street Journal, Google will be obliged to pay a fine and make operational changes as part of the settlement, which would see greater AdX functionality for third-party ad servers and the removal of other "competitive barriers", however it will not admit to, nor deny, wrongdoing.

Under the scope of the legal case, Google is accused of conferring preferential treatment to AdX bids within auctions conducted by its DoubleClick for Publishers ad server. While the settlement would only be binding in France, an agreement could pave the way for similar settlements in other ongoing cases against Google, most notably in the US, the UK, and the EU. 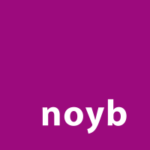 Privacy collective noyb, headed by Austrian privacy advocate Max Schrems, is aiming to submit up to 10,000 complaints against firms not using clear "yes or no" labelled options on cookie notices on their sites, allegedly in violation of GDPR. According to noyb, a total of 560 draft complaints across 33 countries have already been submitted, of which 81% did not offer a "reject" option on the initial cookie notice, while a further 73% used deceptive colours to entice users to accept the notice.

Commenting on the filings, Schrems wrote, "Some companies are clearly trying everything to make privacy a hassle for users, when they have a duty to make it as simple as possible. Almost all situations in which users are confronted with data protection are designed by companies. They often deliberately make the designs of privacy settings a nightmare, but at the same time blame the GDPR for it. This narrative is repeated on hundreds of pages, so users start to think that these crazy banners are required by law."

Amazon is preparing to launch its own identifier in the wake of third-party cookie deprecation by the likes of Google and Safari, with the aim of securing more business for its DSP and publisher service products. As initially reported by Digiday, the new ID would reside exclusively within its own ecosystem, as opposed to being a universal identifier, which will not be supported within Google's stack going forwards.

Though Amazon has not disclosed when the identifier would be rolled out, it has confirmed that plans are underway, while sources from three undisclosed companies have asserted that they have been consulted. Should the identifier be released as outlined, it would broadly mimic Publisher Provided Identifiers (PPIDs), which are being encouraged by Google during their current stage of testing.