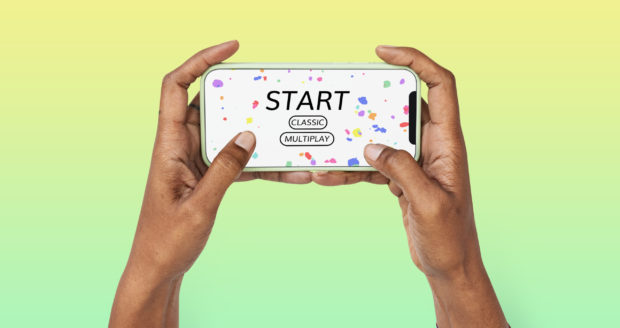 How will the investment support Live Tech Games’ growth strategy? What changes does the studio wish to drive in live entertainment?

The biggest thing in terms of growth is that we are going to have to significantly grow our team for starters. There's no doubt that we've always, as entrepreneurs, had really big plans for what we wanted to do, that's why we set up the business in the first place. Those plans require talented people; outside help; technology; hardware; etc. Until you have the capital, you often have to reign it in and decide which plans you want to take forward but, with a significant investment like this, we're now able to deliver on some of those plans. We've already got seven new jobs live on the market, all in-house with us, swapping from having done contracting in the past and using freelancers to actually building a team. We're really excited to build a culture that ultimately will put out all of these games under the live bracket. We've got everything from developer roles; server architecture roles; artists; UX design; as well as sales roles, to make sure that when we're not just building the business for the fun and joy of the customers, but making sure there's that commercial opportunity there as well.

Another thing on the growth strategy that's really important for us is global reach. We've always wanted to bring our games to new markets, particularly those markets that don't have a live gaming player in. Places across Western Europe and the US, the funding combined with (hopefully!) some easing restrictions over the coming months will allow us to take our games and our product internationally.

The final thing on the growth strategy is, if we're building more games and we're putting them in more countries, we certainly have to make sure that our platform can scale to that level of concurrent users. Ultimately with a live game, that is one of the biggest challenges we face is making sure that if it's live and everyone has to be playing simultaneously, making sure that everybody has a really good experience when they're doing so.

How will the mobile gaming and tournament offerings from Live Tech Games complement ITV's approach, and vice versa? What opportunities does the partnership offer up for brand marketers? 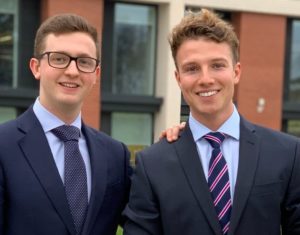 With us as a mobile game studio and gaming now being the number one form of entertainment across the world (bigger than the film and music industry combined), ITV are seeing a new way of driving interactivity around the shows and bringing games to shows.

The partnership is going to combine two fantastic commercial opportunities together in the sense that ITV has an incredible reach and the ability to put names into households that we didn't think of before. We all still sing slogans off adverts that we saw five or six years ago, because it has that penetration into UK households. Taking that further, we can put the right ad in front of the right person as digital continues to grow. Rather than just having a brand name come to mind, we can actually send viewers to a page where they can find out more information or even directly to a purchase. It ultimately will bring the best of those two worlds together, and that's where the commercial opportunity is for those brands moving forward.

What are the technical challenges presented by the combination of live broadcast television and mobile gaming, and how has Live Tech Games addressed these?

Definitely the concurrency. Take a traditional game such as Call of Duty, for example - yes they might have millions of people playing at 8pm on a Saturday, but in an individual game there's only ever a hundred people in that game. Whereas at Live Tech Games, what we're doing is creating games which the whole nation is playing against each other. With that comes mass concurrency, where our platform is having to gather results from every single individual at the same time, process them at the same time, and deliver results at the same time. As it's interactive in the sense that people are playing against each other, they're not just playing against a computer, if one person's connection goes, that has a knock-on effect on the person they're playing against. Both the scale and concurrency create a technical nightmare in the sense of, because our games are at set times, throughout the day there's no activity happening on the system and then a game happens, all of a sudden there's so much compute power needed for that specific moment in time. It's not traditionally the way scalable server systems work, they're throughout the day. Microsoft Teams or Zoom for example are highly concurrent pieces of software but are throughout the day, whereas ours has waves of massive peaks of activity then nothing.

The way we've overcome that is through a combination of things. As an ethos, we've always had to simplify the framework in the way that it's being built. Any additional step is another step that could then collapse, then have a knock-on effect on the rest of the process. So every time we do something, we say "Is that going to add an additional step to the framework? In which case we need to simplify and find a way to putting that in an additional component that already exists". We have been looking at this, both from a perspective of how gaming systems are architected, but equally we've also been looking at enterprise business solutions.

The reason it's our greatest challenge because ultimately that concurrency is our unique selling point, but therefore we also have to ensure that every single player has the best experience. If we really are putting people together live at those set times, we want to make sure that they want to come back at that set time again, because in a sense we're disrupting their day. We have families around the dinner table at our current 8pm games on a Saturday, so if we're disrupting five people sat around the table, we want everybody there to have a great experience. Ultimately, that's where we'll have the commercial success too.

How can partnerships such as that brokered between Live Tech Games and ITV help start up mobile gaming studios standout in an evermore crowded environment?

We are pioneering in a sense of most games are casual games people play whenever they want, while we are creating those very special exclusive moments in time. When you've got someone like ITV who are among the most famous for live entertainment, some of the biggest sporting matches in history have been broadcast on ITV along with the biggest live entertainment shows, now together we're going to create that same appointment-to-play mass general public engagement, but through a digital concept.

For a big player like ITV, which has been around for decades as leading in television broadcasts, to now partner with a mobile games company acts as a clear signal to the market that even the big players are realising the potential of gaming and how future entertainment is going to be digital, especially with the younger generations. They're seeing that the demographics of those that play games now is just huge. I think the fact that ITV are investing significantly in gaming alongside the likes of Disney is a clear signal that the mobile gaming industry is about to rocket even more. Hopefully it gives confidence to even more game studios starting up and building on that.

It's not just "big" players, but the traditional players, those that have never done things like this before. What has started to happen is that they've accepted that they've missed the boat on normal gaming, whether that be turning anything they currently own into console IP, or whether that be trying to build small hyper-casual games. They've acknowledged that they've missed the boat, and that the only way they're going to catch-up is if they do something innovative that stands out. Whether that be ITV making moves into live gaming with their investment in Live Tech Games, or whether it be Netflix and Disney with the things that they've got under wraps. All these traditional players are making moves, but none of them are going to be making classic gaming moves because they know they've got to catch up if they want take a slice of that pie. In terms of standing out, partnerships are so exciting because there's no doubt that, whatever anybody's planning, and certainly we can attest to what we're planning with ITV, it's really exciting, it's really innovative, and it's really new. So having those traditional players onboard is going to bring some really interesting developments to the market.