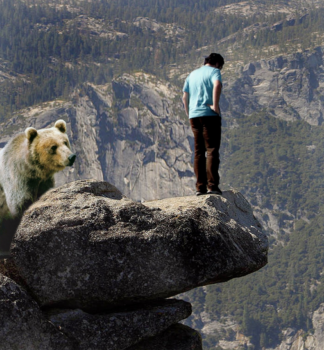 There has been so much written recently about 'programmatic'. Everything is 'programmatic' these days. What does it all mean? Who knows? Data-driven decision making? RTB-enabled buying? Automated selling? Ad-serving? ...anyone?

It might seem like spin, and probably is, but the simple fact is the agency trading desks (aka: internal agency ad networks) are all over it — and they are going big next year. Discussions are being had at the agency level of how to best deal with client objections over transparency and making margin on media. Much of the fall-out and clumsy broadsides by the likes of MediaTel have been skilfully managed by agency chiefs.

Agency bosses are loathe to give up the huge profit-making centre businesses that have grown up around this space over the past four years. Most big holding companies have to report to the City and Wall Street, and both love hyper-growth stories — and this is very much a great growth story to lay before the analysts.

However, with growth comes more pressure, and the agencies are keen to grow their cut of the programmatic pie. Consolidation of third-party partners in the technology and media space is likely to happen in 2014. Simply put, this is an exercise in how to grow the 'trading desk' business. This should not be seen as a criticism. Nobody should question why a company like WPP shouldn't try to make more profit — especially if they can demonstrate the value to clients.

Does anyone question the margins made by Google, or the fact that its own media business competes with everyone? As we have pointed out on this site before, this aggressive play by the agencies changes everything. You're either on the right side of it, or you are dead in the water. How do you get on the right side of it then? Let's examine those models that might well escape the coming cull.

Thinning of Third-party Buyers — Seriously, Where Do We Stand?

Brian Lesser's comment in a recent Q&A with AdExchanger outlined who he saw as competitive to Xaxis, "...there are companies that have a platform positioning that are actually large ad networks that are also our competition". So, that would be everyone then. The problem for most third-party buyers is that they are now competitive with the internal trading desks at the agencies. Can you really tell apart the two at WPP, Quisma and Xaxis, from the likes of Rocketfuel, Criteo et al? It's difficult to differentiate. As such, it will become harder for these third parties to access and grow their spend from agencies — especially when the 'internals' are looking to grow their own share.

Can you go direct? In Europe/APAC/LATAM? Absolutely not. Criteo saw its lifetime opportunity around e-commerce spend, and smashed the agencies to the ground — managing to get a billion dollar plus valuation after its IPO. Of course there are other exceptions to this, some smaller retargeting players and NGAs, like infectious Media. That said, a client-direct growth story like Criteo isn't likely to happen again now that the 'internals' are properly functioning third-party buyers.

Can you go directly to the client and force the agency to put you on the plan? It might sound like a sound strategy, but the reality is you risk the ire of the 'internals', who blacklisted you in the first place. Also, the problem with having your biggest client also doubling up as your biggest competitor is that you risk dropping off the plan altogether if the 'internals' aren't hitting quarterly numbers. Such are the vagaries of a business model that hangs on the whim of a competitive entity.

It's odd that the agency wants to be more like the ad network, and the ad network is heading in the direction of the consultative agency layer — but this is now how the new 'programmatic" world is shaping up. Ad networks seeking spend are going to have to add value on top of the execution layer. Spend is becoming consolidated among a handful of networks now and the reality is their share is not going to increase, it's more likely to plateau. Instead, Xaxis, Amnet et al will increase their share in the short term at the expense of third-party providers. It's an enabler market now.

Trading desks don't want managed buys, they want data, inventory, pure tech offerings or a value add. This will become more apparent as we get into next year, and will almost certainly be a prerequisite for anyone looking to access digital advertising budgets by 2015.

The recent merger of 24/7 Media and Xaxis might have seemed like internal shuffling within the WPP family, but the strategy seems to be a clever future-proofing of the Xaxis business. Only a few months ago, ExchangeWire speculated that Xaxis might be forced to become an SSP as internal agencies within WPP roll out their own CTDs (Client Trading Desks). This scenario would see Xaxis drop off plans altogether.

With the new merger — and access to 24/7's ad server — Xaxis could now pivot to being an aggregator in the programmatic premium markets for these new CTDs. Throw in a possible integration with AppNexus and suddenly you have a full publisher stack at its disposal — with an offering in the spot and premium markets.

Marry that with potential guarantees and you suddenly have the biggest media buyer in the market with a commercial proposition that could easily compete directly with not only the big SSPs, but also established ad server vendors. What will be interesting will be what the new behemoth media agency 'Pubnicom' will do. Will it work with Google on a similar model that Xaxis will inevitably try to roll out? Or maybe acquire? Would they buy OpenX? Or a cheaper holistic solution like Switch, which is quietly blazing a trail in Europe and the US on the publisher side?

This battle for premium publishers is going to get very interesting in 2014. Outside of this premium tier will emerge an opportunity to aggregate mid-to-long tail verticalised inventory. Already we have seen successful vertical aggregators like Gourmet Ads and Venatus Media build successful businesses in the 'programmatic' space. Being differentiated and having a specialist positioning is still attractive to the 'internals'. Having publisher inventory and data in auto, travel or any other vertical is going to attract spend.

Will these be managed buys? More than likely they will just be another inventory source. At best, these will be businesses turning over five-to-thirty million dollars annually, at most. No need for VC money here, as they will be decent cash businesses. The ad net lives on, and it won't need dumb VC money to scale — as long as AppNexus, IPONWEB and new players like ShiftForward provide the infrastructure to allow these businesses to flourish.

Will the 'internals' have enough resources to manage video, mobile and desktop display buys? Probably not. That will allow video and mobile managed services to continue in the meantime. It's important to stress here that there will be a need for these specialist managed buys until some vendor can really crack the cross-platform buy. Google looks most likely at this stage. The agency trading desks hate siloisation. When you ask the senior level execs at the ATDs, they all want a cross-platform from one buying point. Staffing up at the trading desk level (shouldn't they be hiring?) and a self-serve cross-platform vendor solution will ultimately put an end to the media silo. It's coming, but will not be a commercial reality until 2015.

Going forward, it's going to be the pure tech play that ultimately wins in the new programmatic world. How many of them are actually out there? I've said publicly that retargeting is the crack cocaine of the display world, well-managed media buys are almost as addictive. It's easy revenue for ad tech companies. Too easy. With numbers to hit every quarter to satisfy the growth expectations of VCs and investors, ad tech vendors almost have to dip into the media trough. However, that door is slowly closing now that the 'internals' are in their stride, and owning the spend at the agency level.

What will be asked for is robust self-service technology that is more platform than software. What we are talking about here is customisation, and a solution with real APIs on which smart agencies/buyers can build. The point solution will plug into the platform, and the agency will then pick and chose the solution they need. It could be a targeting solution (contextual, semantic, third-party), analytics, DCO (Dynamic Creative Optimization), CV (Content Verification), or something completely campaign-specific. Regardless, the 'internals' will use the platform as their view onto the market. It's the à la carte stack, and it's here. At present, there seems to be only three-to-four vendors seriously playing in this space — with two (MediaMath and AppNexus) pushing the app proposition. Google? They like to lock that stack up, but recent initiatives suggest they are open to some sort of semi-open platform.

You can forget about the mutli-DSP approach going forward. The 'internals' are getting sophisticated and they will need competitive advantage as the various agency propositions become indistinguishable. Customisation will be the mantra going forward; and this means a platform play or a build-to-spec approach. This might seem a little beyond the capabilities of the agency, but these conversations are already happening. More than likely we will see these strategies emerge form the big agencies in the middle of next year.

The industry has been saying that the traditional buying models have been dead for some time. Not true. It's the lines of demarcation that have changed. Agencies have eaten the ad network alive, and those that now base their business solely on managed buys are in danger of being wiped off whatever industry map that's topical at the minute. The key to survival and longevity in the new 'programmatic' world is enabling the agencies. Data, inventory and tech are the key to your future.