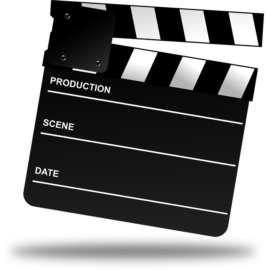 There are still many limitations with video and despite talk of significant development in the technology, it isn’t where it needs to be, yet. Integrations are challenging and one particular challenge Meron is constantly dealing with at Business Insider is the VPAID vs VAST conversation. “Buyers need to understand that more than 50% of inventory is mobile,” said Meron, “so VPAID won’t work, yet they keep sending VPAID creatives. It’s about moving the message to where the audience is.”

However, according to Daily, the blame doesn’t sit fully on the shoulders of the buy side: “It’s about getting the sales team to sell what’s available. There is a lag in vendor efforts to promote mobile inventory.”

According to Daily, there are also various workflow challenges to contend with, including different operations teams and specialists on the sales side and the buy side. It drives a responsibility to build troubleshooting teams and spend time educating the demand side.

If education is required from both sides, then is it driving a shift in the ownership of responsibility of this education? According to Daily, buyers used to ask for certain performance metrics that came from programmatic performance measurement, but they just didn’t fit with video. Now there’s a shift in it becoming a non-guaranteed medium; a managed service.

With video moving away from programmatic towards a managed service, there is the risk of channels become siloed again, but, as Meron explained, with agency trading desks folding back into planning and buying teams, the whole team is responsible for programmatic execution, be that video or display. At Business Insider they thought the move would happen sooner, but it’s really starting to take hold now.

Is this just the situation in the US, or is it gaining traction globally? Daily confirms that the landscape varies wildly. “The Brits are in great shape programmatically and the further south you go, the more behind they are, but the further north, like in Germany, they are very savvy. There isn’t a huge amount being done in Asia.” Both Daily and Meron agreed that the US is the most advanced market programmatically, because of the buying power – you see the highest volumes of programmatic being driven from both the demand side and the supply side and there is more operational efficiency being driven in a market, like the US, where headcount is expensive. As a result, there isn’t a huge amount of cross-border learnings being brought into the US.

With the US operating such an advanced market, it should act as a bellwether for the future of video across other markets, but overall, the industry is becoming smarter with mobile video and transaction types with video will become easier, as will audience matching, as the landscape becomes more holistic.