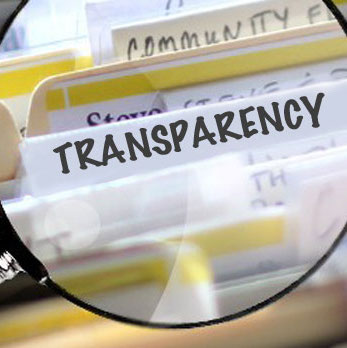 Transparency in the programmatic marketplace has been a hot topic this year and, as Mike Driscoll, CEO, Metamarkets, explains to ExchangeWire, the challenge that faces buyers and sellers (and the channels through which they sell to humans) is one of trust, neutrality, and measurement.

Metamarkets provide interactive analytics for programmatic marketing and could be considered the Bloomberg of the programmatic media world. Working directly with exchanges and, through those relationships, with direct marketers, Metamarkets sit in a strong position in the programmatic ecosystem to provide a view on the transparency challenges facing the industry. Metamarkets operate in a very unique marketplace, providing insight back to sellers in a high-frequency environment where you need to look at hundreds of billions of auction events every day. In fact, according to Driscoll, programmatic ad markets generate 100-times as many events per day as the NYSE. “It is the most complex economic market ever created in the history of the world”, explains Driscoll, “and, with that, comes the need to develop unique technology.” Metamarkets are all about transparency, with buyers and sellers using the platform for price discovery, reach and frequency planning, and general marketplace insight. “Market transparency drives market activity”, says Driscoll, “and we see buyer spend increase 20-30% in the months after using the Metamarkets platform.”

According to Driscoll, there is a need to separate the measurements of programmatic markets from the monetisation paths themselves. “Even with the best intentions, incentives are just misaligned”, explains Driscoll. “The likes of comScore and Nielsen are trying to evolve businesses to keep up-wind of the changes programmatic brings.” Driscoll believes you are stalling the magnitude of complexity when you are moving from IOs to a world of individual impressions and buying and selling micro-attention on a global scale. Measurement companies struggle with the unique scale and complexity that programmatic markets entail; and Driscoll is of the opinion companies like Nielsen will likely need to acquire to achieve that level of competency, as was seen with their purchase of eXelate.

When it comes to fraud in programmatic or digital advertising more generally, the biggest challenge is who benefits. When you’ve got a lot of intermediaries, the only ones to pay the tax of fraud in the ecosystem are the honest publishers and marketers who write the cheques. “Once the dollars have left the marketers’ cheque book”, says Driscoll, “there’s not a lot of incentive for the folks in the middle to be any more honest than they need to be to satisfy the marketers. What will drive the cleaning up of the acts of the digital ecosystem will be the CMOs becoming more educated and demanding more accountability for their digital spend.” Driscoll explains that, as CMOs are getting smarter, they’re starting to ask more questions. CMOs are asking for a list of named publishers; and they want the right of approval or disapproval, which is the first step towards more control over how their investment is being allocated. 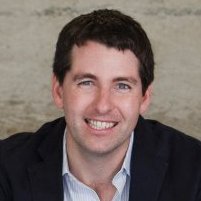 The goal of developing in-house teams for data science and analytics is to get all data back in-house and slice, dice, and analyse it, says Driscoll. “If marketers had the option of spending a few million to build up an internal team, or switch agencies and get 50% off the programmatic bill, they would probably go for the latter, as they don’t want to trade their own stocks. CMOs don’t need to be running their own programmatic trading desks in house – maybe a few will, like Netflix and Amazon – but they need to be smart enough to trust and verify. It is impossible to hold anyone accountable if you have no understanding of what it is they do. CMOs have such a knowledge gap that they can’t determine when the wool is pulled over their eyes. They don’t know what the proper eCPM price point should be. In conversations we’ve had with buyers, they quite often think a reasonable eCPM for a 300x250 ad is USD$3-4.”

Where does that leave the intermediaries? Intermediaries need to receive independent verification from trusted, third-party verification companies and they need to share data back with their buyers. “Facebook, and other walled gardens, cannot continue to measure themselves”, believes Driscoll. “They have to be transparent about what their fee structures are. Many DSPs and SSPs have not had transparent fee structures. The result of the lack of transparency is a stronger desire to go around intermediaries; the more direct relationships between buyers and sellers is a result of mistrust between buyers working through non-transparent partners.”

Will advertisers going direct become more of a long-term trend? According to Driscoll, there will always be a role of intermediaries. For example, in the commerce world, Amazon are very powerful, as are Google, Facebook, and AOL as content aggregators: “I don’t think advertisers going direct is a model that will succeed in the long term, as advertisers don’t want to be in the business of having to execute the mechanics of a programmatic campaign.” Going direct is more of a protest move, which has created market pressure and margin compression, believes Driscoll. Margins will come down as a direct result of direct relationships, to a point where advertisers will rather pay a 5% fee for someone else to do it than have to hire a team of ad ops specialists to run it in-house. “Fees upwards of 50% used to be taken from DSPs on marketer spend – this type of practice is unsustainable, so marketers protest, go direct, and have to pay their own, internal costs. If DSPs reduced fees to 5% you will see a resurgence of intermediaries providing economic value commensurate of the costs they charge. This will mean we have consolidation.”

Driscoll explains that, as we saw with the US election, there are situations where people get too comfortable and complacent with the current state of affairs and it’s the threat of revolt that moves the system along: “The protest votes that occur are really a way to kick the system back into a more reasonable state. But it will take time.” Enterprise markets move more slowly than consumer markets. Consumer market revolts can be corrected in 12 months, says Driscoll, which you can see with consumers cutting the cord on cable and buying Apple TV. “With the enterprise market”, Driscoll explains, “just because of the slowness with which contracts are written, executed and implemented, the trend of direct relationships between advertisers and publishers will continue for a while; but I don’t believe we will see the majority of digital spend flowing through it.” In his opinion, it’s a two to three year trend that will maybe fall into the 80:20 rule, with 80% of advertisers using agencies, 80% of publishers using SSPs and smaller buyers and sellers operating direct relationships.