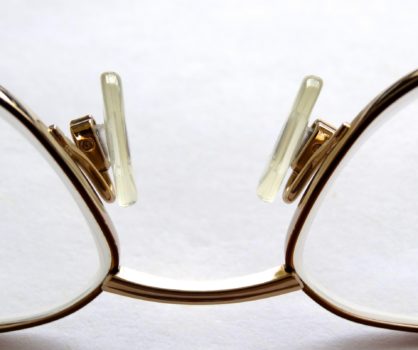 The digital ad space will continue to grow and prosper in 2017, but so will certain risks. There will be more opportunities for ad placements within mobile apps and mobile messaging programs, but, as Asaf Greiner, Founder and CEO of Protected Media explains to ExchangeWire, at the same time there will be the risk that only a low percentage of the ads will be viewable.

As a result of this risk, currency has switched from a served impression to a viewable impression. So what exactly is viewability and are the measurements useful? It depends on who you ask.

The industry standard, as defined by the Interactive Advertising Bureau (IAB), is that 50% of an ad's pixels should be visible in the browser window for one second. For larger-sized ads, only 30% of the ad's pixels need to be visible; and, for video ads, 50% of the pixels must be visible for a continuous two seconds.

However, Facebook have a different opinion. Their definition of viewability is a bit more lenient, requiring an impression to appear for more than zero seconds, and to have a human on the other side.

GroupM, controlling roughly a third of global ad spend, have a more rigid standard. For display ads, the agency demands 100% in-view impressions; and, with video, 100% of the video player must be in-view, with half of the ad viewed with sound without using autoplay.

Multiple standards are creating new challenges. Publishers need to devote time and resources to redesigning sites and ad units that account for different standards. Sellers are losing money, since there are impressions that meet Media Rating Council (MRC)’s standards that Group M won’t pay for.

The struggle to be seen

Meanwhile, publishers are scrambling to redesign their ad space to maximise viewability.

Techniques include placing more ads on the page, adding higher paying units (like video), making ads larger, or placing them in front of the page’s content and forcing interaction. Another technique that can be used is the practice of refreshing, or reloading, the ads that are already displayed on the page. The reasoning behind implementing ad refresh is fairly simple: if the first page load resulted in three ad impressions, and the user remains on the page for a long enough period of time, refreshing the ads can increase the number of ads shown to the user from three to six, and is likely to produce higher revenue-per-session for the publisher.

However, all of these extra efforts to increase viewability can create a backlash, where viewers become so annoyed at the rapidly changing flashing images that take over their screen, that they will decide to block ads altogether. In addition, it’s not clear that meeting viewability standards increases user engagement.

It’s not clear that an ad that’s deemed 'viewable' will catch someone’s attention. Viewability just really means that the ad has an opportunity to be viewed.

In order for a consumer to gaze at an online display ad for one full second, it needs to be visible on a webpage for 14 seconds, on average, according to recent research from InSkin Media, Research Now, and Sticky. This means that even the most stringent GroupM viewability requirements won’t necessarily result in user engagement.

The amount of time people spend looking at online ads also varies significantly by format. For example, based on their research, participants spent 7.5 seconds, on average, looking at takeover ads; whereas they spent only 0.7 seconds looking a mid-page unit (MPU) display ads. In addition, ad gaze time decreases 37%, on average, and ad recall decreases 20%, on average, if a page is cluttered (filled with content and other ads).

The placement on the page also has a significant impact on the level of engagement. According to a Mediative eye tracking study, 50% more ads were viewed above the fold compared to below the fold; and ads above the fold were viewed for 87% longer.

Although viewability standards can increase the overall quality of online ads, viewability by itself is not an adequate measurement of ad quality.  Success of digital advertising can be best determined by an ad’s attractiveness to a viewer, relevance and ability to enrich the user experience. Advertisers will need to win over viewers in the end; and winning them over will require much more than giving them an opportunity to view an ad.