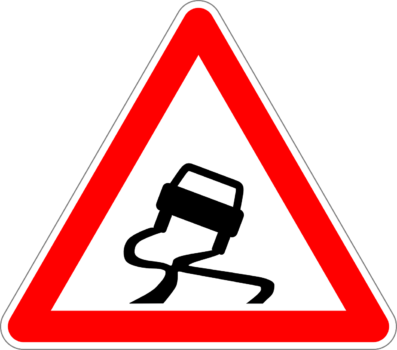 The Advertising Association/WARC Expenditure Report released this week (25 April, 2017) highlights the steady growth of advertising spend in the UK , with mobile contributing to 99% of new investment entering the internet ad market last year. Moreover, digital doubled its share recorded in 2012, accounting for 38% of the £1.1bn out-of-home advertising market in 2016. The only significant decrease in ad spend came from TV, which reported a spending fall of nearly 2.1% in the final quarter, and is predicted to decrease by a further 0.5% in 2017. Internet ad spend surged by 15.3% during Q4 2016, hitting £10bn for the very first time. In spite of Brexit pressures, the WARC report predicts that the next two years indicate continued growth of 2.5% in 2017 and 3.3% in 2018. ExchangeWire ask the experts to weigh in on the results.

"Evidenced by the results we are seeing, there has been a decrease in investment in editorial brands digitally, yet an increase in overall internet investment. As an industry, we need to step back and realise that, without content, walled gardens are pretty meaningless and editorial media companies can adopt some of the same strategies to succeed. We need to migrate the efficiency, scale, and addressability that is driving walled-garden growth to editorial media brands in order to ensure that the internet is investing in its most important asset – content."

“It comes as little surprise that mobile accounted for 99% of the new money entering the internet ad market last year, as that is where the eyeballs are. This is why we’ve seen such significant investment in the sector and why it has overtaken desktop as the most frequently used device. We are increasingly seeing brands and agencies making use of the quality ad formats that mobile has to offer, resulting in it continuing to be seen, not as an extension of desktop, but as an invaluable brand-building tool. The industry does, however, have some way to go to improve the mobile advertising industry. For example, viewability standards are still lacking and monetisation is still an issue, but the continued investment in mobile is a promising sign.”

Too much digital focus reduces the power of traditional media

“It’s great to see ad spend top its prerecession peak – evidence of the resilience and adaptability of the industry. It’s digital that has reaped the biggest reward from this boost, in particular mobile, as the smartphone continues to detract from desktops. As the role of marketing becomes more growth and business-outcome orientated and, therefore, more favourable towards media you can measure, we’ll continue to see these channels grow. This, unfortunately, has come at the detriment of traditional media channels. Marketers have to be careful to get the balance right with effective modelling. Too much focus on digital performance decreases share of voice in traditional channels, at the cost of share of market. True performance media focuses on integrating online and offline channels as part of a wider strategy, and reaping the rewards of the crosschannel media effect.”

Traditional media will need to further rely on differentiation tactics

“It is heartening to see that UK ad spend as a whole topped its prerecession peak for the first time, indicating that despite a backdrop of seismic political and geopolitical shifts, the advertising market appears to be in good shape. These results must, of course, be treated with care; in much the same way that the current financial market rally should be treated with caution, pending the dust settling on the recent snap election, French and German elections, and as Trump further settles in. Whilst the results show a drop in spend for established media channels, there is some evidence that the rate of decline has slowed and that some established media owners are finding new revenue streams. This can be seen with newspapers and magazines, which will need to further rely on new and innovative formats to differentiate and add value to their online offerings in order to open up new and more lucrative monetisation opportunities. This week, we have also seen publishers asserting to take more control, with the Guardian and BBC News withdrawing their Facebook Instant article integration, citing poor monetisation. If the publishers are going to effectively shift budget to more sophisticated digital sources, it is understandable that they'll want to control the pipe.”

Digital must keep up with advertiser expectations on standards

“It's fantastic to see such a healthy level of growth in UK advertising and I'm optimistic that this is set to continue. UK consumers are world renowned early digital adopters; and advertisers are clearly responding to that challenge and moving to be where their customers are, with mobile driving 99% of new investments according to WARC. As we move forward into 2017, I think we will continue to see a shift towards advertisers designing for mobile first. The challenge now is on digital to move fast and keep up with advertiser expectations on ad standards – a fair challenge that we will meet and an opportunity for the UK industry to once again show global leadership.”